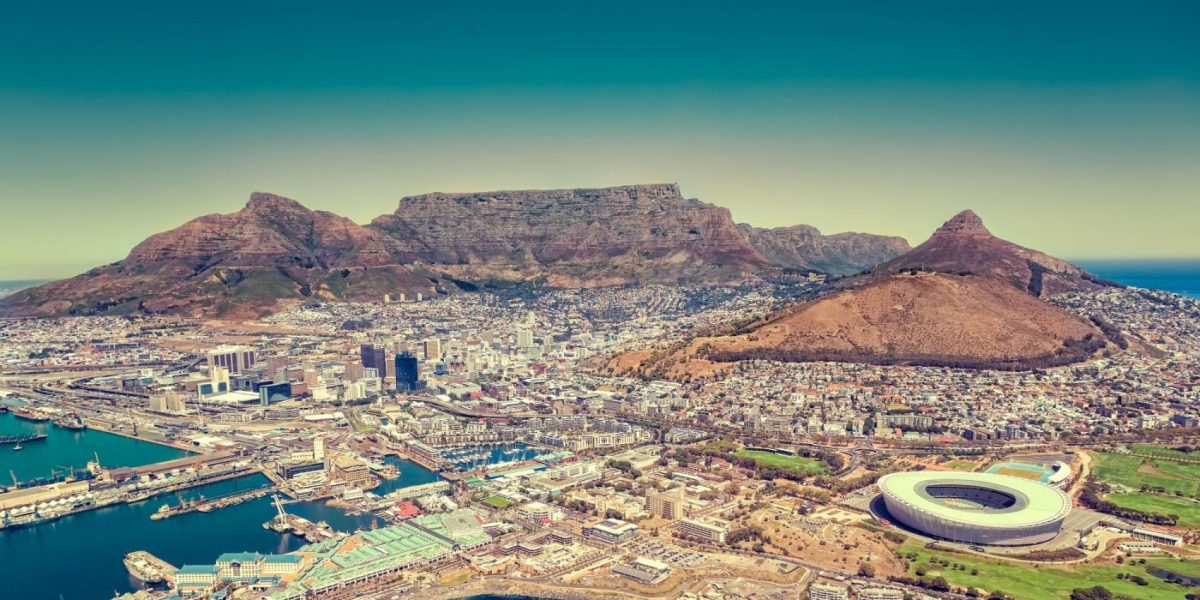 Pessimists are concerned that the continent’s cities could become overstressed through rapid, unplanned urbanisation, generating political, economic and environmental upheaval, and overwhelming countries and regions.

The rapid expansion of Africa’s cities over the past decades has meant an increasing demand for infrastructure, service delivery and jobs. At the same time African policy makers, urban planners and researchers are clamouring to find innovative solutions to meet these demands.

According to the Emerging Markets Forum, if current trends continue, four of the world’s megacities will be in Africa by 2050: Cairo, Lagos, Kinshasa and the Gauteng city-region. By that time 70% of Africa’s urban growth will be in secondary cities with inadequate sanitation, transport and governance infrastructure, according to the United Nations.

By 2030, 15 cities in Africa will have populations over 5 million, most of whom will live in informal settlements. In South Africa, the National Development Plan estimates that the urban population will grow by 10% every 20 years. Within a few decades, the urban context will become the primary context for humanity – not only in Africa but globally.

At the same time Africa’s urbanisation has not been met with the economic gains experienced elsewhere in the world as inequalities have been exacerbated by issues such as infrastructure shortages; colonial-era urban planning premised on cities as hubs for extraction; neoliberal economic policy because of structural transformation policies of the 1990s and 2000s; a lack of decentralised political power at the local level; and inadequate urban-planning for the future.

Policymakers and urban planners have therefore tried to address retroactively Africa’s spatial legacies by attempting to create better infrastructure linkages within and between cities to facilitate the movement of goods and people and improve internal trade.

The City of Johannesburg’s Corridors of Freedom project is one such initiative. They have also tried to improve telecommunications networks to allow for better linkages between cities and their external environments – seen in Nigeria and Kenya’s successful ICT sectors – and improve housing and sanitation networks, evidenced by Morocco’s successful slum reduction policies.

But addressing today’s infrastructure needs may not be enough to gear Africa’s cities for the future. With an annual economic growth rate of about 5% over the last decade, driven by the commodities boom, African cities have seen skyrocketing population growth, forcing governments to confront a host of development challenges.

With an Africa urbanising at a rate of 4% per year, according to UN-Habitat, the United Nations agency tasked with assisting national programmes relating to human settlements. Meanwhile, population shifts from rural to urban areas have lead to a multiplicity of challenges such as overcrowding, pollution and crime, among many others.

Over the next 15 years cities in Africa will experience higher growth rates than other regions of the world, predicts Oxford Economics, a British firm that specialises in global forecasting and quantitative analysis for business and government, with Cape Town, Dar es Salaam, Johannesburg and Luanda becoming Africa’s major economic conurbations.

The United Nations United Cities and Local Government-Africa a body, who represent over 1,000 African cities, describe sustainable cities as “cities of the future today, ” meaning those that can withstand the intense pressure from rapid development and urban investments but still have a low impact on the environment.

Economic growth and a growing population of about 1 billion mean more urbanisation in Africa than in any other continent, with major cities in Africa contributing about $700 billion to the continent’s GDP. This figure is set to grow to $1.7 trillion by 2030, notes Oxford Economics.

Rapid urbanisation, especially in cities in the developing world, is bringing challenges in the distribution of people and resources, and in land use, which leads to inefficient land-use patterns. Whilst cities growing horizontally are struggling to deal with increasing urban populations and are not likely to be sustainable over the long term because of challenges with congestion, infrastructure, pollution and social disaggregation.

Whilst an increase in migration from rural to urban areas can exacerbate poverty and inequality as people pour into the cities in search of jobs and economic opportunities, straining available services such as water, transportation and rubbish collection.

The need for sustainable cities is urgent, considering cities generate over 70% of global carbon emissions. The one billion slum dwellers worldwide suffer the impacts of air pollution from indoor cooking, proximity to traffic and industry, contaminated water and inadequate sanitation, among a multiplicity of other environmental health risks.

UN-Habitat promotes a three-pronged approach to sustainable cities, based on effective and comprehensive urban legislation, proper urban planning and design, and adequate financing for projects. The three principles can be levers for the transformation of cities and human settlements into centres of environmental, economic and social sustainability.

Climate change is another a recent consideration in the planning of sustainable cities. As Africa’s urban environments are susceptible to flooding and outbreaks of diseases such as malaria. However, these can be mitigated through proper planning, effective policy implementation, the protection of ecologically sensitive areas, reforestation and the use of waste in energy generation, among other measures.

Given the economic and social challenges faced by many African cities, can they offer a high quality of life for residents through the provision of efficient basic services while ensuring that the environment is safe and clean.

Working with the UN Economic Commission for Africa, UN Habitat has developed the Africa Urban Agenda, which was adopted by African leaders in July 2017. The Agenda comprises the actions Africa needs to take to improve its cities and settlements and to promote urbanisation as a catalyst for Africa’s structural transformation. It represents Africa’s inputs into the Global Urban Agenda and the “New Urban Agenda” for the 21st century. As urban planning requires a shift from viewing urbanisation as a problem, to seeing it as a tool for development.

Although with good planning urbanisation, industrialization, sustained economic growth and human development can be mutually reinforcing, there is an urgent need for safe settlements too as Sub-Saharan Africa has an alarmingly high slum population of 199.5 million, which, according to UN-Habitat, is a sign of a poorly planned and managed urban sector and a dysfunctional housing sector.

Africa is home to big slums such as West Point in Liberia’s capital, Monrovia, with over 75,000 people, and Kenya’s Kibera slum in Nairobi, which is the largest in Africa, with over 2 million people. And requires around 4 million housing units per year, with over 60% of the demand required to accommodate urban residents. Effective planning regulations and their enforcement will help cities deal with the growth of informal settlements and provide a road-map for how the cities will grow and develop, whilst promoting economic growth.

The world is moving to the city and no part of the planet is urbanising faster than sub-Saharan Africa. The continent’s population of 1.1 billion is expected to double by 2050. Over 80% of that growth will occur in cities, especially slums.

The outcome of this unprecedented urban transition depends on what Africa’s political, business and civic leaders do next. If they take the right steps, innovation, employment and economic growth will follow. If they do not, they can expect poverty, sluggish economies and instability. Many African cities, and thus the continent are at a tipping point. Thus Africa has a huge opportunity to address the new challenges of urbanisation.

The Most Valuable Tool for Ending Poverty? Data.