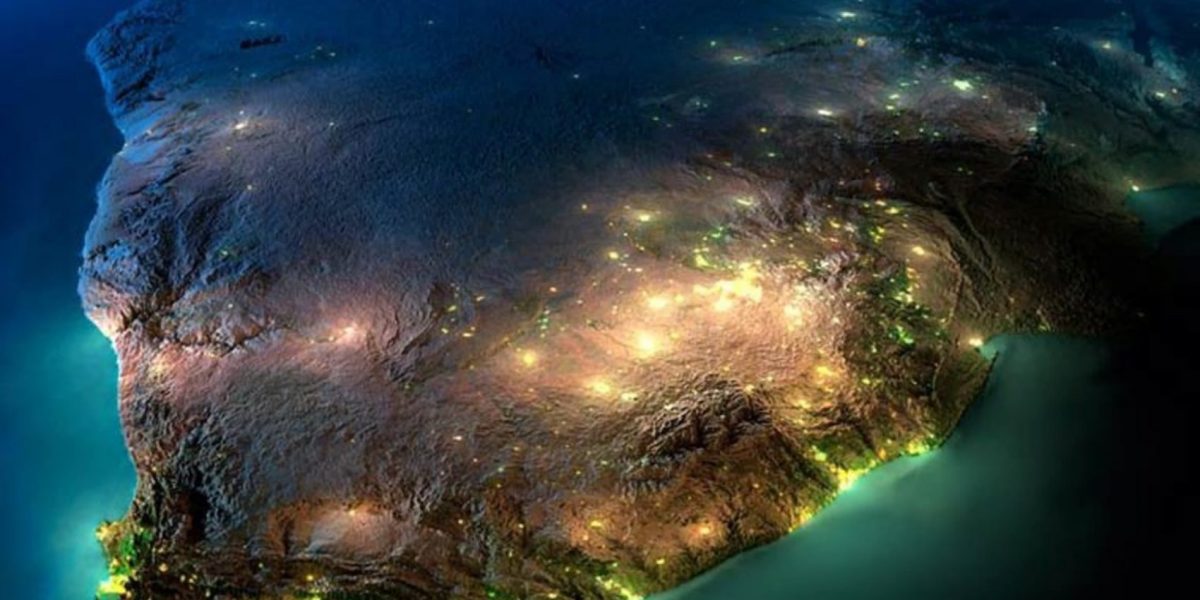 If you follow news about Africa, it’s easy to find disheartening headlines about the continent’s struggles. But those stories do not paint a complete picture. Every day, I read encouraging news about African entrepreneurs and business leaders who are making a positive impact.

The point is, exciting things are taking place in Africa.

When I wrote Billions at Play: The Future of African Energy and Doing Deals, my goal was to help readers envision a new future for Africa, a future they could help shape. I want people to see that Africa doesn’t have to be subject to a resource curse, and with the right strategies and policies, Africa can reap the full benefits of its oil and gas resources.

But that’s only part of the story. I also want people to understand that Africa has more than petroleum resources going for it: the continent also is rich in people who refuse to give up on Africa, people who are working to guide the continent toward a more stable and prosperous future. We have energetic entrepreneurs and government leaders committed to the African dream of stability and prosperity; increasing numbers of female professionals and leaders bringing their talents to the table, and successful petroleum sector leaders who want to channel their expertise and resources into Africa’s future.

When you combine the people working for a better African future with the steady flow of opportunities we’re seeing in oil and gas — including several major discoveries in the last few months alone — great things can happen.

Long before Nyonga Fofang took the helm of private equity firm Bambili Group in South Africa, the Harvard-educated financier made a name for himself on Wall Street. I quoted him in my book to help make a case for the importance of foreign investment in Africa. But in addition to being a source of valuable finance insights, Fofang is an example of Africans who are sharing the benefits of their Western educations and career experiences with their home continent. These Africans are harnessing the insights and ingenuity they have gained abroad and putting them to work for the good of Africans.

Another excellent example of that dynamic is Gabriel Mbaga Obiang Lima, the Minister of Mines and Hydrocarbons of the Republic of Equatorial Guinea. Lima earned his bachelor’s degree in International Trade from Alma College in Michigan before going on to build a successful career in Equatorial Guinea. Today, this highly respected OPEC Minister is known for his effective leadership in Equatorial Guinea and around the world, where he plays a critical role in the country’s increased petroleum exploration and production activity.

Fofang and Lima are not isolated cases: a recent survey by pan-African equity firm Jacana Partners found that 70 percent of African MBA students at the top schools in American and Europe planned to return home after graduation. And in a survey by the Association of Commonwealth Universities, 400 doctoral students from Africa said they intended to return to their home country after completing educations abroad. Many Africans are committing to playing a role in their continent’s success, and that bodes very well for the continent’s future.

I would like to add, though, that Africa also benefits from people who have left the continent, but continue to find ways to support their home communities and countries. The African diaspora, comprising more than 30 million people around the globe, can make significant contributions to Africa’s socioeconomic well-being. That can take the form of knowledge and technology sharing, investments, and participation in civil society and advocacy efforts. We do see that happening now, and I hope to see an even more engaged Africa diaspora going forward.

As I wrote in Billions at Play, female leaders excel at what they do. When women are given the opportunity to lead, we see the businesses, governments, and organizations under their guidance reap the rewards. That’s why we all should be excited when we hear about woman rising to positions of power and influence in Africa.

One of the women featured in my book, for example, has been transforming Africa’s tech sector. Rebecca Enonchong is an innovator who not only thinks outside of the box, she is developing better boxes altogether. Enonchong is the founder and CEO of AppsTech, which provides solutions for businesses and organizations around the globe, and of the I/O Spaces incubator for members of the African diaspora in the U.S. She also is the chair of ActiSpaces (the African Center for Technology Innovation and Ventures) and of AfriLabs, a network organization of more than 80 innovation centers across 27 African countries. And she is a founding member of the African Business Angel Network. Earlier this year, she was among the tech trailblazers featured in the augmented reality art experience “Nyota,” in Lagos, which was created to honor those who have contributed significantly to the growth of innovation and the technology ecosystem in Africa. Enonchong continues to innovate, to lead, and to create meaningful economic opportunities for Africans.

And she is one of many examples I have written about. Another is Catherine Uju Ifejika, Chairman/Chief Executive Officer of Nigerian energy services company, Brittania-U Group. Under her effective leadership, Brittania-U Group creates business opportunities for other indigenous companies, along with training and full-time jobs.

Another African leader to follow is Audrey Joe-Ezigbo, whom I mentioned earlier in this piece. In addition to her role with the Nigerian Natural Gas Association, she is the co-founder of Falcon Corporation Limited, an indigenous midstream and downstream gas outfit. She also is an author; on the Executive Council of Women in Management, Business & Public Service; is the founder of The Barnabas Widows Support Foundation; and provides business and relationship-building training to couples that are in business together.

I am not saying women have more to offer Africa than men, both have a great deal to offer Africa. Why shouldn’t our continent benefit from all of its talent? I am excited to see more women contributing to economic development and innovation in Africa, and I know the continent will continue to benefit as more determined business leaders, male and female, join their efforts.

Arthur Eze is another powerful example of African business leaders working for a better African future. Eze, usually referred to as Prince Arthur Eze because he is descended from tribal royalty, is the founder of Atlas Petroleum International and Oranto Petroleum. He is known not only for his business successes, but also for his philanthropy. Last year, Oranto started building two primary schools in South Sudan, where the company has an exploration license for Block B3. Oranto also has committed to a five-year teacher training program in South Sudan.

Petroleum industry leader Benedict Peters has a strong track record of impactful business and charitable activities as well. He has been recognized for helping Nigeria develop its energy industry, and for transforming Aiteo Group from a small downstream operation to an integrated energy conglomerate. Aiteo is a regular support of organizations like FACE Africa, which provides clean water to sub-Saharan Africans. Peters’ organization, the Joseph Agro Foundation, addresses unemployment and water shortages by creating job opportunities for farmers.

Then there is Sahara Group. Under the leadership of Executive Director and co-founder Temitope Shenube, the Nigerian energy and infrastructure conglomerate empowers the communities where it works. The company’s charitable arm, Sahara Foundation, supports health, education and capacity building, environment, and sustainable development initiatives.

What we are seeing in Africa is a pattern of African petroleum-sector leaders taking meaningful steps to make life better in Africa.

Africa has no shortage of people determined to improve its future, and it has what it needs to fuel their efforts: enormous stores of oil and gas resources. The last 12 months have been an exceptionally exciting time in terms of discoveries.

In offshore Mauritania, Kosmos Energy recently announced a massive natural gas discovery that could yield as much as 50 trillion cubic feet of gas. Total discovered what could amount to 1 billion barrels of oil equivalent offshore South Africa’s Brulpadda field. BP and Kosmos Energy announced a discovery in the Yakaar-2 appraisal well, offshore of Senegal.

We are also seeing tremendously promising activity in Mozambique. Earlier this fall, ExxonMobil announced a $33 billion enlargement of Mozambique’s Rovuma liquid natural gas (LNG) complex. Total, meanwhile, says it will expand its Mozambique LNG project it recently acquired from Anadarko. Both projects are likely to create tens of thousands of jobs, bolster the economy, and raise everyday people’s standard of living.

And these are only a few examples of Africa’s many petroleum-related opportunities. Of course, we need to act thoughtfully and decisively to capitalize on them and make sure that everyday Africans benefit from them. African countries need to monetize their natural resources and use the resulting revenue to build much-needed infrastructure and diversify economies. We must insist on governance that encourages exploration and production, effective local content policies, and an end to corruption. We need to be making better deals and developing new models for managing oil revenue.

Instead of looking to foreign aid, we need to develop strategic partnerships with foreign companies willing to share knowledge. And while we are capitalizing on petroleum resources, we also need to embrace sustainable energy sources and plan now for Africa’s energy transition. I cover all of these topics in great detail in my book.

The African Dream is Within Our Reach

Africa is home to infectious optimism and tenacity. We’re seeing it in Africans who’ve achieved success and now work to help other Africans do the same. We are seeing it in women who are overcoming gender stereotypes and obstacles to take their rightful place as industry leaders. And, we are seeing it among petroleum executives who are offering meaningful support and opportunities to African communities.

Africa is an exciting place in an era of huge potential. That’s why the time is right to join the fight for its future. Whether you are an African entrepreneur, a member of the diaspora, or a foreign investor, your efforts today have more potential than ever to make a positive impact.

NJ Ayuk is the CEO of Centurion Law Group and the Executive Chairman of the African Energy Chamber. His experience negotiating oil and gas deals has given him an expert’s grasp of Africa’s energy landscape. He is the author of “Billions at Play: The Future of African Energy and doing deals.”