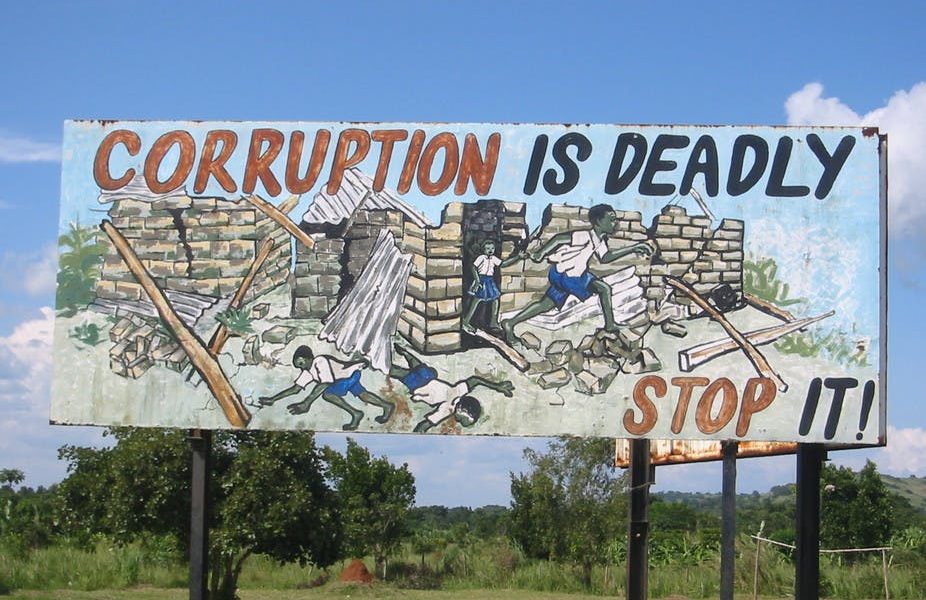 Ground down from years of corruption scandals and failing public services, a growing number of South Africans are listening to calls from opposition politicians to withhold tax revenue.

South African taxpayers have grown weary in recent years of a near constant stream of corruption scandals. From the office of the President down to local government and into the private sector almost every segment of business and government has seen growing levels of graft come to light.

Angelo Aggrizi, a whistleblower and former COO at logistics and IT company Bosasa, has for the past nine days offered a particularly explosive testimony at a government enquiry into corruption. With first-hand testimony identifying former President Jacob Zuma as accepting bribes, implicating the ruling ANC in fraud, and tales of money stuffed in Louis Vuitton handbags, the South African public has watched on engrossed as the scale of the brazen theft of funds by government officials has been exposed.

The scandal has been picked up the international press, further damaging South Africa’s fragile reputation. The New York Times this week reported on some of the more outrageous acts in a widely read article;

Cash bribes were called “monopoly money,” and handed out to high-ranking members of South Africa’s governing party on monthly retainers. When that payoff wasn’t enough, $22,000 was stuffed into a Louis Vuitton handbag and delivered to a close ally of the president at the time.

A current government minister, he [Aggrizi] testified, liked receiving an annual Christmas basket that included “four cases of high-quality whiskey, 40 cases of beer, eight lambs — cut up, obviously.” Her daughter was partial to high-end convertibles, Audi A3 Cabriolets, but kept crashing the cars given to her.

“So I actually called her in one day and sat her down and said, ‘Can I arrange for driver training, special driver training for you,’ because it was getting embarrassing,”

Mr Agrizzi was the chief operating officer of Bosasa, a South African logistics company that he said handed out between $300,000 to $440,000 a month in cash bribes to senior A.N.C. officials to secure lucrative government contracts.

Even President Cyril Ramaphosa, who has pledged to clean up South Africa, is being investigated for his ties to Bosasa.

As the level of corruption and state-capture became apparent towards the end of President Zuma’s rule, it was not uncommon to hear business leaders in Johannesburg and Cape Town openly discuss taking measures to avoid paying tax given their loss of confidence in the government not to misuse funds. Following the ANC and South Africa’s change of leadership, a number of executives made clear to AfricaLive that they would not be satisfied until “a large number of people are behind bars.”

The state capture enquiry has brought these feelings to the fore again. Helen Zille, a prominent politician in the opposition Democratic Alliance and Premier of the Western Cape province, has declared that any vote for the ANC is a vote for corruption and openly suggested that many of South Africa’s relatively small number of taxpayers may be ready to stage a “tax revolt”.

I'm waiting to see how many ppl get prosecuted and land in jail in a reasonable amount of time after the Zondo commission. If they do not, just watch me. I will be organising the #TaxRevolt. I have tried the electoral route for years. Voters seem to like voting for corruption. https://t.co/WNvDpPKND1

While Ms Zille’s statement has been made with more than an eye on influencing the upcoming national election, South Africa’s demographics mean only a fraction of South Africa’s 56.7m population would need to get behind the idea to cripple the nation’s public finances.

Here’s a table of the make up of tax collections for 2017/8 from SARS annual report. 178 pages! I’m trying to authenticate that 4.9m taxpayers. Remember a vast number of registered taxpayers fall below the tax threshold which I think is R78k. They are employed but do not pay tax pic.twitter.com/PFh8J52ph2

While Ms Zille has been criticised widely in the South African media for her comments, appetite to send a strong message to government amongst the estimated 4.9m taxpayers that prop up the national budget is probably much higher than many commentators realise.

Is a tax-revolt possible and would it be effective? History suggests it could well be. As Zille explained to News24, South African’s have staged a series of smaller-scale tax revolts in recent years, most noticeable to remove unpopular e-tolls which were used to charge motorists for the use of highways.

“Throughout history, tax revolts used against unaccountable leaders have been effectively used to force accountability, starting with the Magna Carta, the historical first step towards democratic governance.”

Zille added that the billions owed to Eskom by municipalities were also an act of defiance.

“Tenants who don’t pay rent in government housing (to the tune of hundreds of millions). That’s a tax revolt.

Zille added that refusal to pay e-tolls, which has been endorsed by the DA, was also a tax revolt.

“SA is full of tax revolts. It is now time to use one against the very people who have been leading the tax revolt that fleeces poor people, and then miraculously get the poor to re-elect them. Time for some tough messaging.”

The message was supported by Mike Schussler, Chief Economist at Economists.co.za, who highlighted the simmering anger amongst many of South Africa’s “honest citizens” who continue to pay for services which many take for free. Mr Schussler concludes that a revolt at municipal level is inevitable unless matters change soon.

Honest payers are charged more in SA when others do not pay. The Payment crisis could lead to a revolt from thew honest and working citizens at least on a municipal level. A short exsplain follows below. 1/10

While a large scale tax revolt in the near future remains unlikely, South Africa’s leaders should be aware that failure to hold the corrupt accountable – with meaningful jail time – would make the scenario highly likely. With the nation’s public finances already in disarray, it would be a series of events that would move the country back to what seems to have become its default setting in recent years: crisis mode.