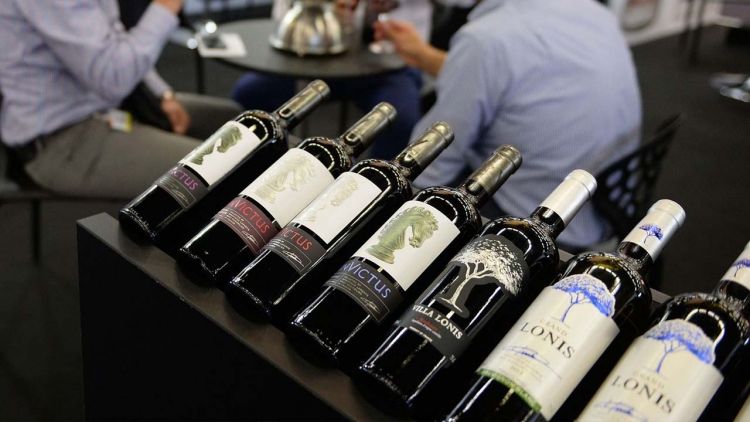 Internationally, South Africa’s wine industry experienced a tough 2017 with the value of its exports dropping 17.5% from the previous year to $716.9 million. This placed it 12th on the list of the year’s biggest wine exporters, in terms of value. This puts it below countries such as the UK and Germany as well as its supposed new world rivals like New Zealand, Australia, Chile and Argentina.

It also places it just above countries with very little wine heritage such as China, Singapore and Hong Kong which doesn’t even grow grapes, but imports them from Bordeaux to make its own wine and then exports the finished product, and still managed to export $567.2 million in the year.

South Africa’s lowly place of 12th in the world, for wine export revenues, comes despite it exporting the 6th most amount of wine in volume in 2017, with 4.5 million hectolitres. This puts it ahead of the US, Argentina, Germany, Portugal, the UK and New Zealand for volume – all countries which earned more than it in exports over the year.

It is a problem that Chris Du Toit, CEO of Graham Beck Enterprises, has noticed feels there is a perception of South African wine that needs addressing.

“Our challenge as a country and category is to develop and increase our perceived value,” he said. “We know we can produce a high-quality product that is on par with anywhere else in the world, but the question still remains as to how do we change the perception of people so that they are willing to pay a comparable price point for the quality that we deliver.”

He notes that an entry-level Champagne wine would price the same as a top-level Méthode Cap Classique (MCC) [sparkling wine from South Africa, that Graham Beck specialises in, made in the same way as Champagne] wine, yet is adamant few would be able to tell the difference between the two in a blind taste.

Whilst it unrealistic to think MCC could compete in value terms overnight with Champagne, which is arguably the most iconic regional-specific food or drink there is, there’s no reason it couldn’t with sparkling wines from Germany, the UK and elsewhere.

Du Toit feels it is simply a question of marketing to tackle this perception, rather than the quality of the wine, that would make the difference. Fortunately, that perception is beginning to change, so long as South African wines are confident enough to get tough on their pricing. Graham Beck was recently able to increase the price on its wine in the UK by 30%, which despite being met with objection initially was accepted within three months as people are willing to pay for quality South African wine.

“Part of the problem of the wine industry in South Africa is people do not really know how to market themselves, it is very production orientated because of the long history of being under the KWV and that has bred complacency.”

KWV was started as a wine co-operative in 1918, as a response to South Africa’s wines being decimated by phylloxera, a grapevine pest, which resulted in the need for country’s vineyards to be replanted, and over-production. KWV was able to set policies and pricing for South African wines. It was soon owned nearly 95% of all South African vineyards and was able to provide stability on the industry by dictating production methods and quotas. However, it also stagnated the industry by limiting innovation and quality improvements. Following the end of apartheid, it stopped having legal control over the wine industry and converted to a company.

Johann Krige, CEO of Kanonkop Estate agrees that internationally South African wine has a comparatively poor perception, or is deemed as a cheaper product.

He agrees though that this leaves significant potential for growth, and an opportunity to close the gap with its new world wine competitors.

“In the wine sector there is a lot of untapped potential and opportunities within the South African wine industry and internationally. I don’t think we are even halfway where we ought to be in terms of our international profile if you compare us with other new world producers.”

Although South Africa has some of the oldest wine, dating as far back to 1659 – over 100 years before any was produced in the Americas or Australia, as an industry it has faced significant difficulties, most notably the phylloxera crises, and the industry’s subsequent control by KWV. But also its isolation sue to sanction under apartheid, which meant when it rejoined the export market in the early 1990s, it was significantly behind other wine-producing countries in terms of winemaking technologies and viticulture as well as export market penetration, recognition of its products and therefore reputation.

Yet with markets such as China and Hong Kong growing with a seemingly insatiable thirst for wine, there is a prime opportunity for South African wine. China itself is set to overtake the UK to become the largest second most valuable wine market in the world by 2020. Guillaume Deglise, CEO of Vinexpo, a wine events production company, predicts the amount the country consumes to grow 39.8% from $15.5 billion in 2016 to $21.7 billion in 2020. As China is not a significant producer of wine, this growth will open up more opportunity for foreign wines as imports are set to grow from 40% to 50% of wine consumed there in this period.

China is also a market that offers great potential for Kanonkop in particularly. It is this a wine estate in South Africa that has a strong international reputation having been crowned International Wine Maker of the Year London’s International Wine and Spirit Competition for the last four years, the only producer to have won the award so many times. Also, Kanonkop focuses on red wine and China is particularly a red wine market. This is due to red being considered a lucky colour and also affiliated with the Communist government, while white is associated with death and is used at funerals.

One way South Africa can take advantage of this growing market is through its tourism trade. Although China has tended to import wines from old world country, Shanghai-based wine importer LaoWines co-founder Tom Morris predicts this will change as tourism from China to places like South Africa increases. He predicts Chinese tourists travelling to South Africa, New Zealand and Australia will lead to them sampling local wines and raising the demand for them back home.

Wine tourism is something Kanonkop believes the country should be doing, provided estates do it their own way.

However, KWV, although present in 100 markets, has key focus areas of Scandinavia, Germany, the Americas, Japan, and South Africa. Graham Beck also heavily targets the US in its exports, sending up to 30% of the wine it produces to the market, with 50% remaining in South Africa and the rest of the world taking just 20%. Despite growth also being expected in the US market, it is not predicted to be anywhere near at the same rate as China. Coupled with this it is a big producer country so will be able to fill a lot of its own increase in demand.

Although a multi-dollar industry can never be seen as simple or straightforward, wine is one where there are a lot of fixed fundamentals where if you know what you’re doing and have the right conditions you can produce a quality desirable product.

As Krige puts it: “We use older winemaking processes but with innovative new technology. We don’t try to re-invent the wheel. We make red wine.”