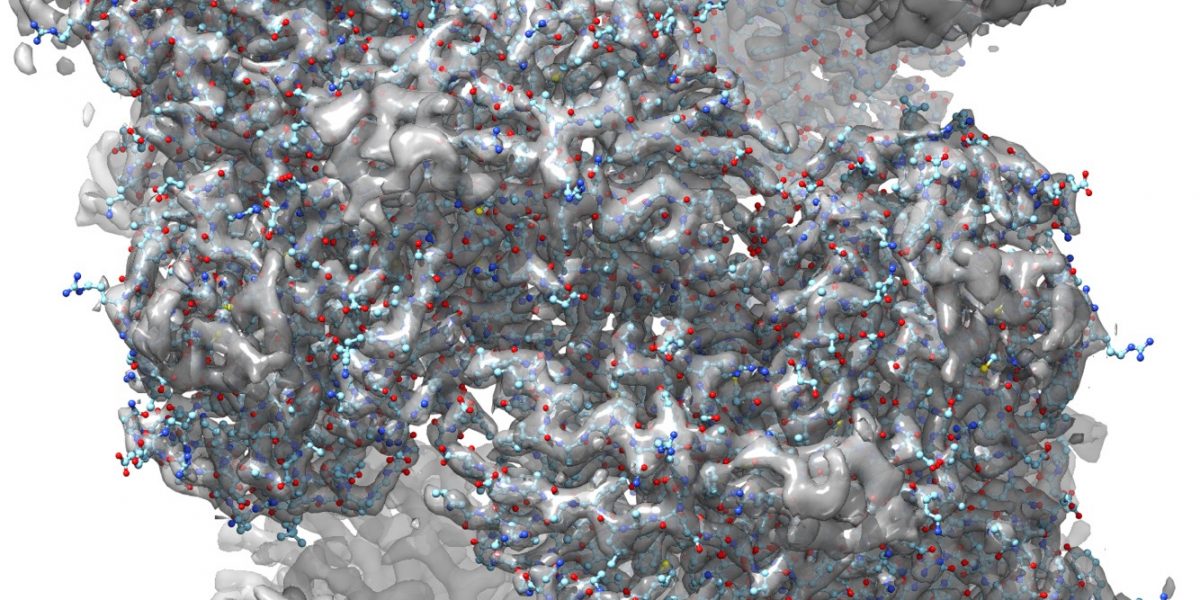 In a global first, three University of Cape Town (UCT) researchers have visualised – at a resolution close to that of individual atoms – the intact active site of a commercially important biological molecule.

Dr Jeremy Woodward, Dr Andani Mulelu and Angela Kirykowicz gained novel insights into the structure of a group of enzymes known as nitrilases, which have enormous biotechnological potential.

“We’re not just following nature. We are being inspired by it and altering what it can do. We are able to produce brand new enzymes,” said Mulelu, who is currently a research scientist at the H3D Drug Discovery and Development Centre at UCT.

The breakthrough research holds the potential for long-lasting and widespread impacts on everything from manufacturing better medicines to cleaning up pollution.

“Enzymes produce all the chemicals in plants and animals that allow them to survive. They are the chemical factories of the cell,” said Woodward, principal investigator in UCT’s Structural Biology Research Unit. “We found it really exciting to be able to open up the mechanism of this biological machine and understand it.”

The UCT team investigated the structure of the enzymes using cryo-electron microscopy (cryo-EM) – a technique that can determine the structure of large biological molecules. It helped them to produce the first high-resolution visualisation of a cryo-EM protein structure in Africa.

The discovery was the culmination of years of work and was made possible through access to the electron Bio-Imaging Centre facilities at the United Kingdom’s Diamond Light Source Synchrotron and a grant from the Global Challenges Research Fund’s Synchrotron Techniques for African Research and Technology (START) programme, set up to build partnerships between scientists in Africa and the United Kingdom.

Using cryo-EM and the latest electron detectors, the team was able to generate positive results.

“By masking out a single helical turn [of the nitrilase] and treating this as a single particle, we were able to improve the resolution substantially,” the scientists explained in their paper published in Nature Research’s Communications Biology.

“This critical technology has only really been available for about five years. It’s an extremely sensitive detector that produces very, very sharp images,” said Woodward.

“Once we had the reconstruction, we were able to see what happened with the individual atoms and make a prediction about what would happen when we change those atoms.”

Links to the Nobel Prize in Chemistry

“Various groups from around the world have been trying to do this for at least two decades. So we are extremely pleased with this breakthrough,” said Woodward.

The methods that led to these insights are revolutionizing science’s understanding of biological systems. Dubochet, Frank and Henderson won the Chemistry Nobel Prize in 2017 for the invention of cryo-EM, while the inventors of directed evolution won the same prize the following year.

The UCT team used the structure they established to identify parts of the enzyme to change and generated 5 000 mutants, which they selected for new activity. They discovered that their new nitrilase has a different helical structure and that it produces a unique set of chemical products that aren’t made by known enzymes.

Ultimately their goal is to assemble a ‘catalogue’ of designer nitrilases by making changes to two parts of the enzyme: the helical twist and the binding pocket.

“It’s great to know that we are working on the cutting-edge and making an important contribution to science,” said Woodward. Mulelu said it gave them great confidence in their work.

Mulelu worked on the structure, which he found invigorating. He said the turning point was the directed evolution experiment, which Kirykowicz also contributed to. This method aims to engineer proteins using a process that mimics natural selection to steer them toward a user-defined goal.

The progress was slow at first, but then ramped up substantially, thanks to the new microscope technology. “In just two months we had the samples ready. When we got access to the equipment, everything happened so fast.”

The potential for using nitrilases to make pharmaceuticals could revolutionise the way drug resistance is approached in Africa and other developing countries.

“The synthesis of chemicals using these enzymes could improve the drug discovery platform in Africa,” said Mulelu.

“Once you have hits you can optimise nitrilases for manufacturing of medicines,” added Woodward. He expanded on why the need for novel medicines is so great.

Nitrilases have many other uses too, including offering a range of green technology solutions. This includes breaking down toxic industrial effluent and cyanide.

“We have demonstrated that we are a world-class institution. We want UCT to be world class and this is world-class work. It’s a world first, which people have been trying to achieve for a long time.”

Woodward says his next challenge is a project that looks at a new class of enzymes from a diverse group of indigenous South African plants called euphorbias.

“We’d like to explore this family to see how these enzymes can solve problems.” 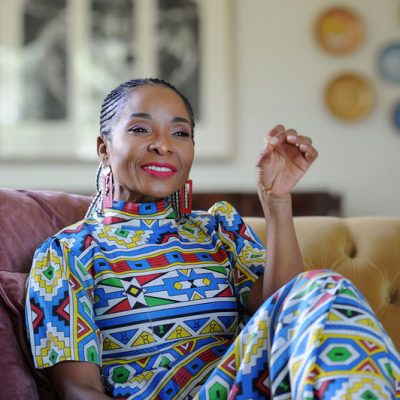