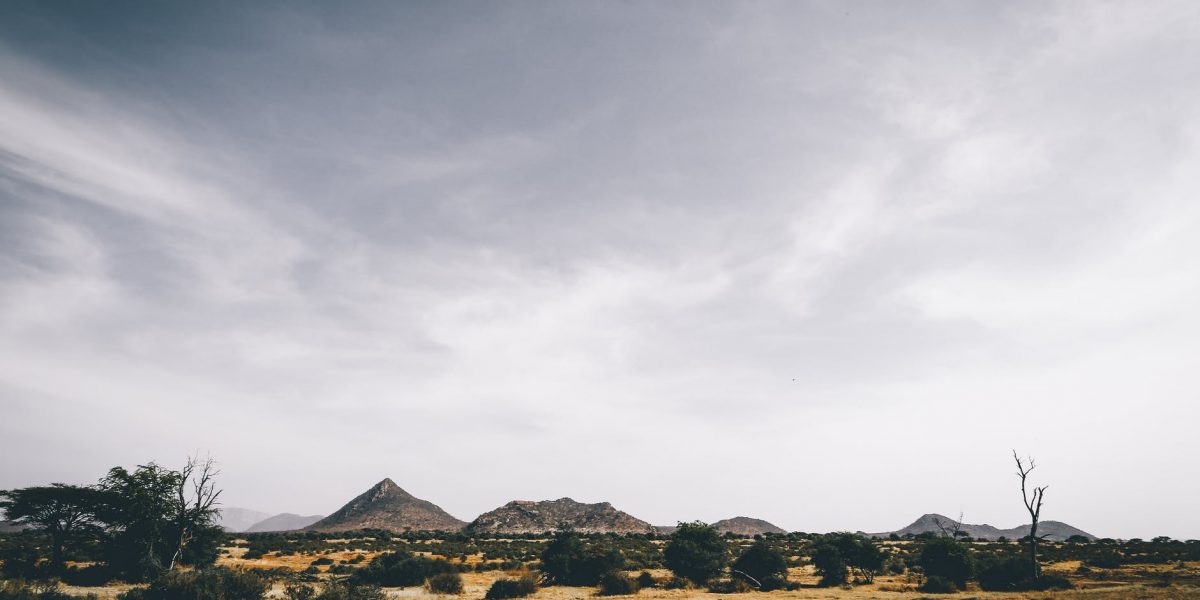 Reconnaissance Energy Africa (ReconAfrica), a Canadian oil and gas company, has begun public consultations for the second phase of its controversial exploration activities in northeastern Namibia. Critics have raised concerns about the process, with questions over the limited size of the consultations, overly complicated presentations, and a lack of opportunity for stakeholder engagement.

“The company doing the exploration, ReconAfrica, is not an honest and reliable entity in our view,” said Chris Brown, CEO of the Namibian Chamber of Environment and former head of the Namibian Directorate of Environmental Affairs. “They have done all they can to avoid public meetings with technical people in Namibia and they needed to be bullied into holding meetings in Windhoek.”

ReconAfrica holds a license to explore a 25,000-square-kilometer (9,650-square-mile) area of northeastern Namibia. Stakeholder engagement sessions for the initial exploration phase, drilling of two test wells to the south of Rundu, took place in March and May 2019 and November 2020. These public consultations were similarly criticized, in particular because they were advertised primarily in English-language newspapers that few in the affected communities could read. According to a National Geographic report, ReconAfrica’s September 2020 press release stating the drilling would go ahead was the first time many in the area had heard about it.

The company began drilling the first of two test wells on Jan. 11, 2021, to establish the area’s potential for oil production. Drilling is now paused due to a broken drill bit at a depth of 300 meters (980 feet).

The next stage of exploring for oil will be 450 km (280 mi) of seismic surveys. Risk Based Solutions (RBS), a Namibian environmental consultancy, recently began a second environmental impact assessment (EIA) for this.

RBS has held two stakeholder consultations so far, and both ReconAfrica and RBS have been strongly criticized for how these were conducted.

One consultation took place in Rundu on Jan. 22. Attendance was limited to 50 people for reasons of COVID-19 safety, according to ReconAfrica.

“Dr. [Sindila] Mwiya [owner of Risk Based Solutions] was not respectful at all during the consultation meeting,” said Adolf Muremi, chair of the Kavango East Farmers Union and one of those who attended.

The consultation lasted for two hours with only 30 minutes allowed for questions, after which the meeting was promptly ended.

“I asked [Mwiya] 11 questions which Dr Mwiya could not answer properly,” Muremi said. “In short, we were not consulted properly.”

Claire Preece, ReconAfrica’s spokesperson, told Mongabay the consultations have been a success with a largely positive response.

“Actually [local people] are very upset that outsiders and/or people who don’t have any knowledge of the area are making comments for them without their approval,” she said.

In December and January, Muyemburuko visited eight communities in the area around Rundu, including Kawe, where the test drilling is taking place. He said there is widespread dissatisfaction with the public consultation process. According to Muyemburuko, ReconAfrica had held meetings in three of the communities, but the headmen and community members were not given a chance to share their views.

“The consultations did not reach the targeted community in the region due to the limited numbers and the presentation was not clear to the community representatives,” he said.

Muyemburuko attended January’s meeting in Rundu, but, frustrated by the limited time allowed for the community to ask questions, he later emailed questions directly to Mwiya.

In response, Mwiya wrote, “I am so shocked that in your right mind you think local people in the Kavango East and West regions do not know what they want in their lives … It’s very sad to see that people like you, Max Muyemburuko, who have zero experience or training in oil and gas exploration now want to be experts overnight.”

Frowin Becker, a doctoral candidate from Victoria University of Wellington, in New Zealand, who is currently conducting research in the Okavango Delta, attended a second public consultation in the Namibian capital, Windhoek, on Feb. 2.

“Claire Preece addressed the attendants in an incredibly confrontational manner from the very beginning,” he told Mongabay. “Their attitudes were deplorable to be frank, they launched the meeting in an overly defensive manner, which understandably offended the majority of the audience.”

Becker said much of the information presented was highly technical and poorly presented, leaving him struggling to understand it, even with his academic background. Muyemburuko said it would have been even harder to follow for many interested parties, especially in northeast Namibia, for whom English is not a first language.

Brown, an expert in Namibian environmental law who helped draft the environmental clauses in the country’s constitution, said that while ReconAfrica’s public consultations may meet the letter of the law, they do not answer to its spirit.

He said that for large — and controversial — projects, there is a responsibility for those engaging the public for environmental and social impact assessments to go beyond minimum requirements to ensure that consultations meet public expectations.

“ReconAfrica and their EIA consultants have failed miserably in this,” he said. “Indeed, they have given the strong impression that they are actively avoiding full public engagement.” 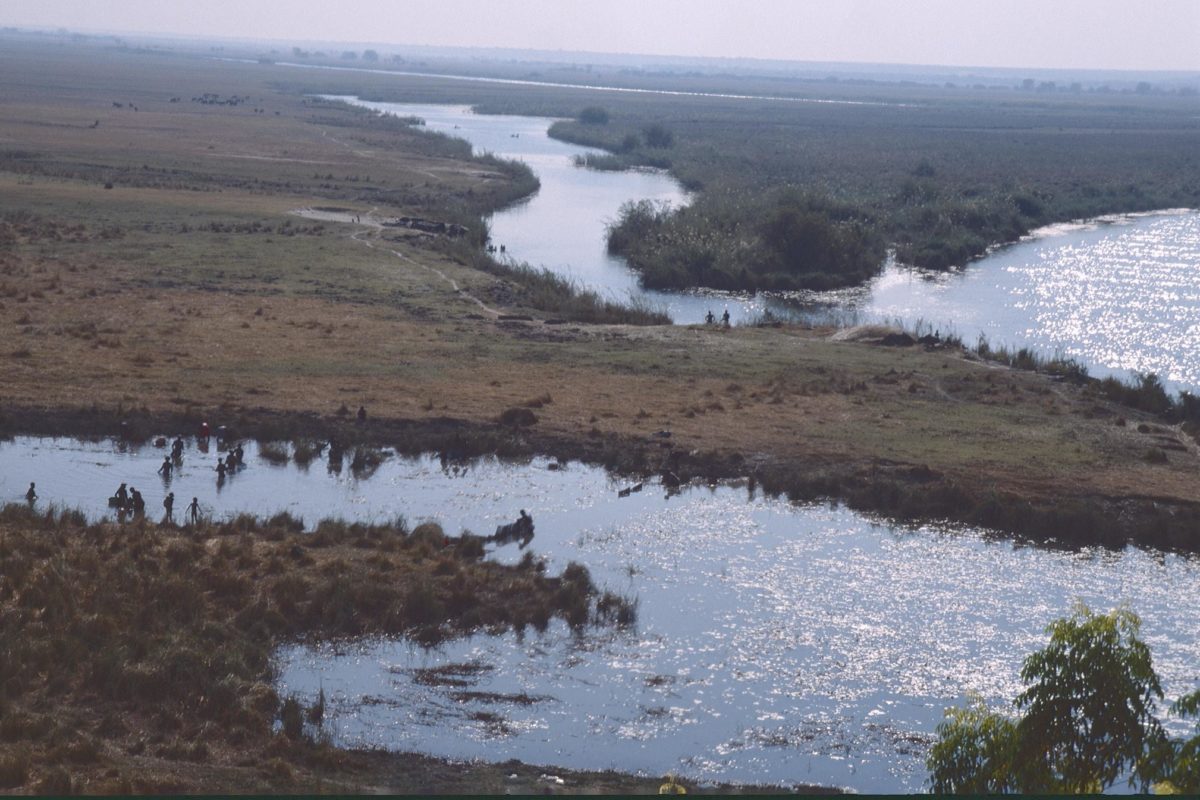 The limited scope of EIAs

ReconAfrica has also drawn criticism for focusing only on the environmental impacts of each stage of exploration separately and refusing to discuss the potential environmental implications of oil production, even though this is clearly the long-term goal.

One particularly contentious issue is whether ReconAfrica plans to use hydraulic fracturing, commonly known as fracking. Environmentalists are concerned this could be a disaster in the highly interconnected watershed of the Okavango Delta.

Preece said “ReconAfrica’s focus is on conventional oil,” and has previously denied any plans to frack. However, the company’s marketing materials make regular references to “unconventional plays,” industry parlance for fracking. Mongabay asked Preece to unequivocally rule out fracking at any stage now or in the future: she has so far not responded on this point.

There are also other concerns over an incremental use of EIAs, said Morgan Hauptfleisch, an associate professor at the University of Namibia who focuses on environmental impact assessments.

“I fear that providing environmental clearance for exploration opens the authorising government to considerable risk were they to then refuse mining of product found through exploration,” he told Mongabay.

Brown said he’s concerned that Namibia is damaging its reputation by even allowing exploration in the KAZA, a 520,000-km2 (201,000-mi2) transboundary conservation initiative that straddles the border region between Angola, Botswana, Namibia, Zambia and Zimbabwe.

The Namibian government has been largely supportive of ReconAfrica’s exploration, pointing to the development that potential oil production could provide. Mongabay reached out to the Namibian Ministry of Mines and Energy for this piece but did not receive a reply.

“The government has chosen their side already,” Muremi said. “They are defending ReconAfrica with nail and tooth at the expense of their countrymen.”