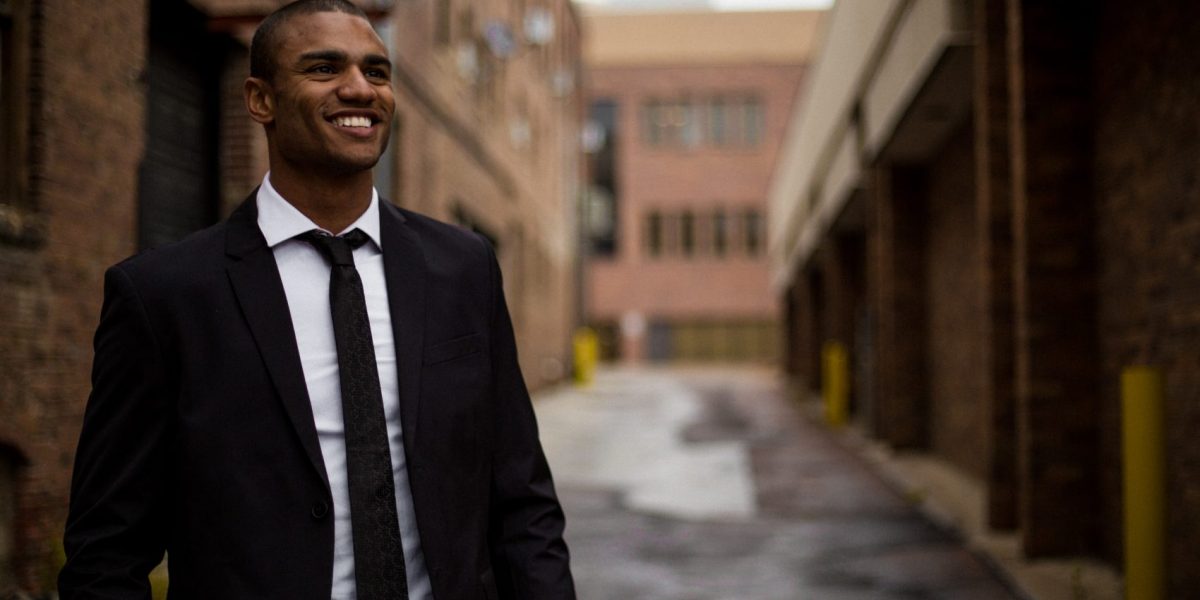 Nigeria is the largest economy in Sub-Saharan Africa.

It is forecast to become one of the world’s 20 largest economies by 2030, supported by the rapid expansion of its infrastructure.

Nigeria’s population of around 196 million is significantly the largest in Africa. It is young – more than half (54%) is under 25 – fast-growing (2.7%+ YoY) and increasingly urban.

The country has significant natural resource wealth, ranking in the world’s top 10 for proven reserves of oil and gas. It is the main oil exporter in SSA and is rich in other natural resources including tin, iron ore, coal, limestone, niobium, zinc, arable land and more. It is not overly reliant on ‘old world’ resources. Since the 2000s, non-oil sectors such as agriculture and telecommunications have taken over as the key drivers of the economy.

The country provides an attractive investment destination, backed by strong economic fundamentals for businesses to thrive.

• Home to many international brands who have recorded success operating in Nigeria such as PZ, GSK, Unilever, Diageo and MTN

• Financial market is one of the largest in Africa, with a capital market capitalisation rate of over US$40 billion

• Federal government has provided numerous initiatives and policies to incentivise investment across various sectors • Projected to grow at a CAGR of 2.50% over the next five years

• Nigeria has a very young, energetic, tech-savy and entrepreneurial population with over 50% of the total population below 25 years old. 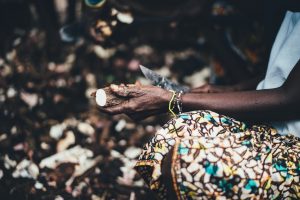 Nigeria is blessed with large tracts of arable land which makes agriculture an important sector of the economy with high potential for employment generation, food security and poverty reduction. Although the sector was largely dominated by subsistence farming, with improved seedlings, modern farming methods and better weather forecasting, agricultural yields have continued to grow.

These improvements have been driven by government policies which are aimed at encouraging more commercial and mechanized farming. These policies leverage Nigeria’s agricultural ecosystem to transform the country into a leading agribusiness and agro-allied industrial nation.
The agricultural sector contributes 25% of Nigeria’s Gross Domestic Product (GDP) and accounts for 48% of the labour force. The sector’s growth rate over the last 5 years averaged 4%. Crop production dominates the sector, accounting for 22.6% of GDP alongside livestock (1.7%), fisheries (0.5%) and forestry (0.3%).

Nigeria is the continent’s leading consumer of rice, one of the largest producers of rice in Africa and simultaneously one of the largest rice importers in the world. Rice generates more income for Nigerian farmers than any other cash crop in the country.

Moreover, the country is the largest producer of cassava in the world, with about 50 million metric tons annually from a cultivated area of about 3.7 million ha. Nigeria accounts for cassava production of up to 20 per cent of the world, about 34 per cent of Africa’s and about 46 per cent of West Africa’s.

The Nigeria fisheries sub-sector contributes about 3-4 per cent to the country’s annual GDP and is an important contributor to the population’s nutritional requirements, constituting about 50 per cent of animal protein intake. In addition, the sub-sector generates employment and income for a significant number of artisanal fishermen and small traders. Although capture fisheries have now been declining, Nigeria has a big potential in both marine and freshwater fisheries including aquaculture. 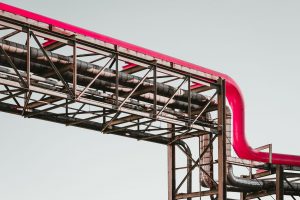 Oil, natural gas and other oil and gas-related products account for 90% of the total export volume and more than 80% of the government revenues. The country produces a daily average of 2.5 million barrels of crude oil which ranks it as the largest African producer and the 6th in the world. In terms of oil export volumes, the country ranks 8th in the world. Nigeria equally has the largest natural gas reserves in Africa and ranks seventh in the world. It is eager to capitalize on this important resource after many years of flaring from oil fields.

The country has attained an annual average production of about 2,000 billion standard cubic feet (BSCF) of natural gas; of which about 70% is utilized while 30% is still being flared annually. Towards ensuring zero per cent gas flaring, the Federal Government has embarked on comprehensive and integrated gas utilization master plan/programmes which include the development of Liquefied Natural Gas (LNG) plants and Independent Power Plants (IPP). Consequently, domestic gas consumption has continued to expand. Major gas grid infrastructure is being built to enable the flexible delivery structure of high-quality gas across major industrial plants and homes.

The state-owned Nigerian National Petroleum Corporation (NNPC) accounts for more than 50% of oil production and over 40% of gas supply. The local refining capacity is put at 24%. This creates a huge gap between the demand for refined petroleum products and local supply. Towards bridging this gap, the downstream industry has been opened to private sector participation. The Nigerian oil & gas sector is regulated by the Department of Petroleum Resources (DPR). The country is a member of the Organization of Petroleum Exporting Countries (OPEC). Major international oil companies (IOC) currently operating in the country include, but not limited to: Total, Chevron, ExxonMobil, Elf, Shell, ConocoPhillips and Eni. 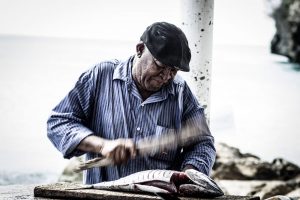 The food processing industry is another vastly developing industry in the Nigerian manufacturing sub-sector. The industry has grown at an average of 3% over the last 5 years contributing an annual average of 4% to the GDP, employing about 5% of the local workforce.

Although the industry is composed of mainly small and medium enterprises, there is a consistent upsurge of new entrants of multinational food companies and an aggressive expansion of existing operations geared to meet the demand of the local market. This has been motivated by the apparent expansion of the middle-class armed with rising incomes and growing awareness for food safety and dietary quality prompting demand for low-carbohydrate, low-fat, and even sugar-free food and beverages.

Some of the new investments on the horizon include Dangote Group’s $800 million investment in dairy production, consortium of Vicampro Farm, BlackPace and Kiremko planned investment in potato processing factory in Plateau and Kaduna expected to cost about US $ 45 million with a processing capacity of 30,000 to 40,000 tons, the plant will be the largest in West Africa, and a host of large bakeries, biscuit and waffle factories are increasingly being built. These investments would complement existing investments by Cadbury Nigeria, Unilever Nigeria, De-United Foods Industries, FrieslandCampina WAMCO Nigeria, and many more.

Despite the increasing investments by local processors and continued upsurge of multinational companies into the industry, the bulk of the intermediate and processed inputs utilized are still imported. The increasing importation of food, beverage and packaging technology, 15% in 2017 alone, there is an air of relief that most of these imports would soon be available locally, more so that the basic raw materials, agricultural products such as cocoa, peanuts, palm oil, corn, rice, sorghum, millet, cassava, yams, rubber, cattle, fish among many others, are available locally. 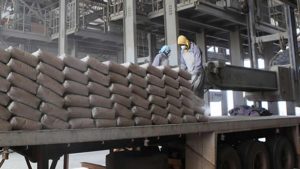 The cement industry has grown to be an important activity in the economy with Nigeria becoming home to the world’s largest emerging cement companies. The industry is largely dominated by two firms controlling over 80% of the domestic market – Dangote Cement and Lafarge WAPCO Cement Plc. The demand for cement is seasonal in nature, and it is expected to continue to grow most especially as there exist a huge housing deficit and the increasing demand to use cement in road construction. The industry’s prospects for growth has attracted investments from both domestic investors as well as foreign multinational companies.

While the foreign investors are acquiring existing investments, domestic investors such as Dangote Group and BUA Group have complemented existing capacity by establishing new plants. Over the last five year, there has been an aggressive drive towards the modernization and expansion of cement plants which have seen the capacity of the industry multiplied, currently at over 45million tones, and efficiency improved. With this in progress, the industry is expected to begin export to neighbouring West African markets by the end of 2019 putting Nigeria on the brink of meeting its target of local demand and making the country a net exporter of cement. 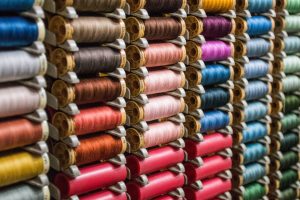 The textile garment and footwear industry accounts for about 2% of the national GDP. The textile industry was once ranked as the second-largest in Africa after Egypt’s with over 250 factories operating above 50% installed capacity. At its peak, the industry averaged annual growth of 67%, and employed about 25% of the workforce in the manufacturing sub-sector, fed by locally grown cotton.
The industry is currently estimated to be able to produce about 1.4 billion different pieces of textile products. With huge demand for clothing by a fast-growing population, the industry has been unable to meet domestic demand for African prints, shirting, bedsheets, furnishing fabrics towels, embroidery lace, garments, table and bed linen, guinea brocades, wax prints, java prints, jutes, fishing nets, among many other textile products.

Nigeria is noted to produce cotton, silk and other fibres, which are primary materials for the textile industries. On an annual basis, the area under cotton cultivation is about 0.2-0.6 million hectares, largely in the Savannah areas of the country. Annual production is in the range of 300,000 tons of seed cotton or 110,000 tons of lint (about 607,735 bales of cotton lint) and 400,000 tons of seed cotton. Production is dominated by small scale farmers, with farm sizes ranging from 3-5 hectares all under rainfed ecologies. Seed cotton yield ranges from 0.6 to 1.5 tons per hectare. About 98% of the crop is grown to Gossypium hirsutum, while the balance is grown with G. barbadense.

There is however a dearth of cotton milling factories in the country resulting in the exportation of these raw cotton. The implication of this is that the textile industry in the country now relies on imported processed raw materials. Although the textile industry might have lost some of its prominence, the potential of being a leader on the continent is still apparent. To this end, several initiatives, such as the N100bn Textile and Garment (CTG) Intervention Fund managed and disbursed by the Bank of Industry (BOI), are in place to revamp the industry and safeguard it from extraneous factors.

The Nigerian Investment Promotion Commission can assist you in identifying the incentives relevant to your industry. Access to finance is available from government institutions, private investors, and development finance institutions.

Schedule a consulation on incentives and opportunities for your company in Nigeria by contacting the Nigeria Investment Promotion Commission on, or complete the Investment Opportunity Profiling Form and a member of the NIPC team will contact you. 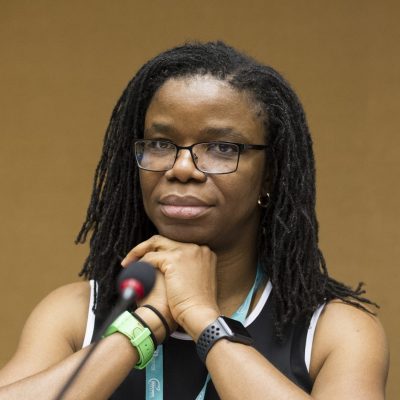