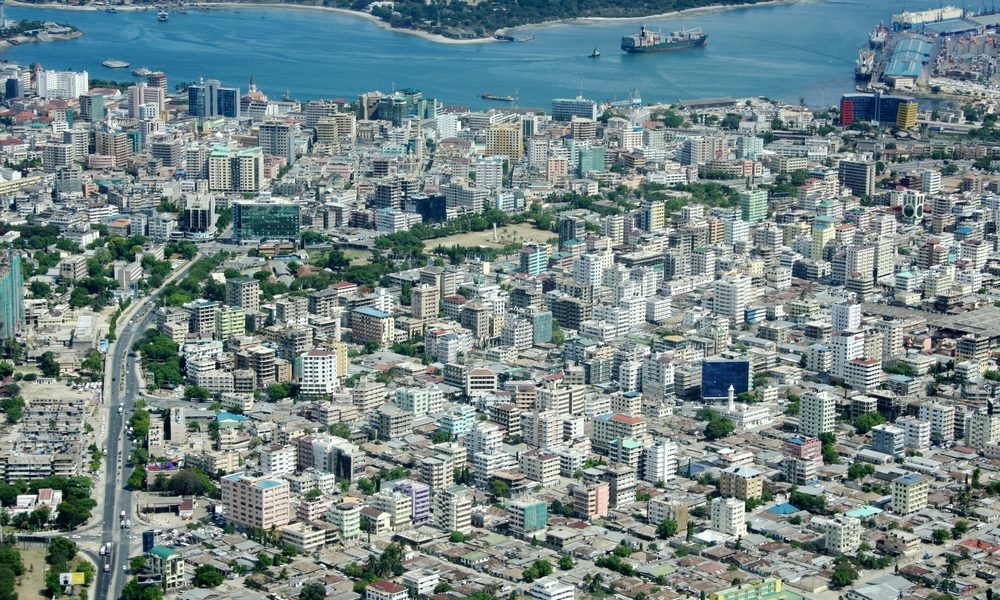 Tanzania is a resource-rich country, blessed by being home to some of Africa’s friendliest people and most beautiful landscapes and tourism destinations. Economically, it has long lived in the shadow of neighbouring Kenya, although businesses are increasingly choosing Dar es Salaam over Nairobi for their East African base.

The High Road: Path To Prosperity

The Low Road: Challenges and Threats

The Debate: AfricaLive in Conversation with Tanzania’s CEOs. “Our countries are not poor, they are very rich. We have all the resources to make us rich. We must therefore work together to ensure that we utilize and exploit these resources for the benefit of our countries and people. This is important because it is only through cooperation that we will be able to utilize these resources effectively and achieve our objectives.”

“By exporting our raw materials it means we are also exporting jobs. History has taught us that no country or region in the world has ever developed without undergoing the process of industrialization. In this respect, I wish to assure this august body that issues pertaining to industrialization will be the top priority of our chairmanship.

It is our sincere hope that the implementation of this theme will serve as a catalyst for sustainable industrial development, increased intra-regional trade and job creation in our region.” “I am very optimistic about the prospects of Tanzania and Africa as a whole. I see Tanzania being an ICT leader on the continent in about a decade. My confidence is inspired by the government’s commitment to improve infrastructure and boost connectivity. Our government has also cut the business registration red tape so much that you can get it done in two days, as opposed to weeks. Investors also get supported information-wise by the Tanzania Investment Centre.

The corruption that used to plague public institutions is a thing of the past thanks to a new paperless system. Connectivity will also be enhanced further since the government plans to subsidise any operation that will take the internet to the countryside. We will soon have 4G and 5G in the cities, and 2G and 3G in the rural areas”.

Godwin Makyao, Founder and Executive Director of Maktech, speaking on Tanzania’s telecommunications sector acting as a catalyst for regional growth. “The Tanzanian market is growing fast because we are improving our infrastructure. Someone who last visited our country ten years ago will be pleasantly surprised at the developments we have made. Our national airline which was down for a long time is now back, enabling us to bring in more visitors with our national carrier. Our road infrastructure is also much better now compared to previous years. We are steadily preparing the country for the big time when it comes to business tourism”.

“I am confident about the future of Tanzania because certain things are very unique to us. We are a very peaceful country where people live and work together in harmony. There is no civil tension despite the diversity of language and tribes because one language, Kiswahili, unites us. We are also blessed with natural resources which we are all out to exploit for the benefit of the people”. “In Tanzania, 65% of the population is engaged in farming, but only 10 percent has proper access to finance; which is due to the fact that people lack collateral as well as the risk that is associated with farming. At Jamvi, we have created alternative financing vehicles by matching farmers with the right investors. We have created a platform that enables millennials and older professionals to invest in farmers that lack capital to take their farming activities to the next level. We have so far recruited ten farmers into our platform. You are welcome to see the farm and the progress, and then place your investment. At Jamvi we believe in the world that can be created through proper farming”. “We have received a number of enquiries through our embassies in various countries where investors are showing keen interest in Tanzania’s mining sector. We have held preliminary talks with potential investors from Canada, Russia, India, and China. We are trying our best to improve the business environment by cutting red tape and cracking down on corruption. Investors now understand that the government’s goal to change the laws was not to milk them dry, but to create an environment for a win-win situation. That is why they keep coming.

Things have improved. Revenue collection through royalties, inspection fees and annual rent from the sector has improved significantly. In the past, we were collecting Sh 196 billion in revenue annually, but during the last financial year we garnered Sh310 billion.

“We plan to collect Sh470 billion, and my team and I are well prepared to ensure that we walk the talk on this. If we close loopholes for theft and smuggling and create an enabling environment for mineral trade in formally recognized markets, revenue will definitely go up”. “We have our national economic policy which among other things sets out the desire to deliver people from low income status, to middle income. We intend to do this by following the blueprint laid out by our president to transform Tanzania into an industrialised economy. The best way to see this transformation is to promote the energy sector which is the engine for such growth. We have to generate enough sustainable and affordable power for consumers while also improving the infrastructure networks from generation point, transmission and connection to people”.

“Rural electrification is also high on our agenda because we want more than 85 percent of our rural people to have access to the national grid by 2025. We will soon unveil the largest hydroelectric dam in East Africa, the fourth largest in Africa and among the seventy largest dams in the world. More power generation means creating more industries and jobs. The impact will be the enhancement of both the national and individual economy”. 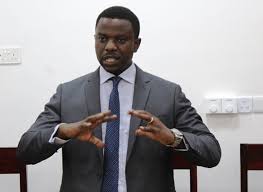 “Our duty is to facilitate businesses to attain an industry-based economy. I do not expect to see us frustrating businesses. If your institution deals with regulatory issues, I do not expect you to be over-regulating. We now need mindset change. We need to be seen as having the customer care that is not available in the public service. We must work together to build an industrialized Tanzania”. “In the past there was no level playing field. The laws and regulation were not being followed because some were paying taxes while others were either evading or paying less tax. Having a level playing field entails everyone paying due tax and that is what the government is emphasising now. There is a consciousness that the industrialisation policy that president Magufuli is pushing cannot be achieved if there is no level playing field for business and fair competition. It now time for most investors to come to Tanzania in Large numbers because things are changing for the better due to the reforms that are being undertaken now”. “For us, our dream is to make sure that we have more people like us, who are sincere about their business, who want to develop their products, who are there for the long-term, are keen to develop their economies, make sure that you have more entrepreneurs and develop a middle class with more purchasing power – and with governments that are there to support their private sector.

Said Salim Bakhresa, Chairman of Azam Group speaking on the role of the private sector in driving socio-economic growth. “There are unemployment fears attached to the fourth industrial revolution. What you find is that the countries that are mostly affected by robotics are those where labour is so expensive, that is not the case in Africa. We need to build capacity for our labour force to be able to give more value than robots can. Automation in our case should only be for those repetitive tasks that are done constantly. We must also create conducive environments for investors to come in and hire our young people.

We all know our potential as raw material producers. If you look at the value of the cocoa and cotton markets for instance; compared to what big producers of the two such as Burkina Faso and Ivory Coast are making, it’s very disheartening. It makes no sense that we produce all these raw materials only for foreign nations to take them and dump the finished product in Africa. We are not only exporting the best raw materials, we are also exporting the best jobs and expertise. There has to be a protectionism agenda if we are to get out of this situation. We must protect our industries and have an Africa-first mentality”.

Mohammed Dewji, President of MeTL Group speaking on the need for investment in beneficiation of raw materials and minerals to act as Tanzania’s long-term jobs creator. “One of the biggest challenges of doing business in Tanzania for me personally has been too much red tape for businesses that want to grow. Being a country with abundant natural resources, Tanzania has the potential to become one of the most prosperous countries in Africa, however there needs to be a fundamental shift in the way in which businesses are viewed and better policies put in place to support organizations – local and foreign – to find it attractive to do business in Tanzania.

Having said this I support the current administration’s initiative and hope it’s only a matter of time before we bulldoze through the red tape so we can prosper as a nation”.