Africa and The “Hidden Automation Agenda” 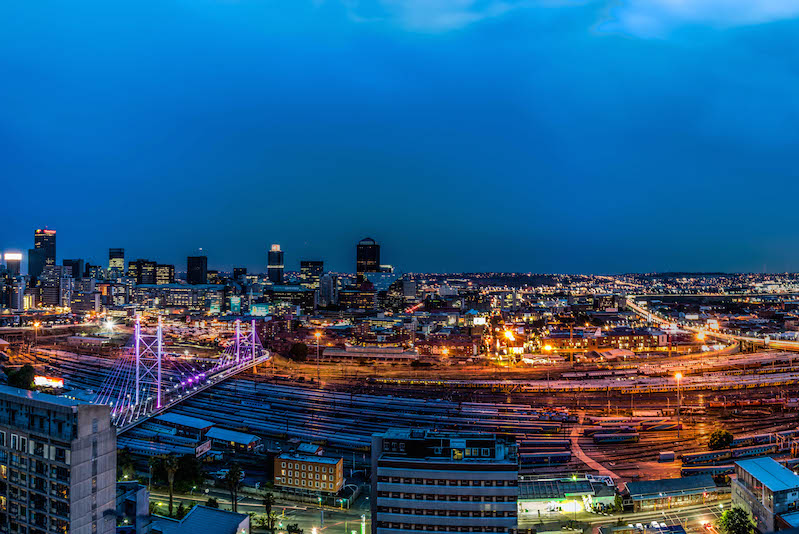 Tech columnist Kevin Roose has published a dire warning on the future of the work in The New York Times after attending the 2019 World Economic Forum in Davos.

“They’ll never admit it in public, but many of your bosses want machines to replace you as soon as possible.

I know this because, for the past week, I’ve been mingling with corporate executives at the World Economic Forum’s annual meeting in Davos. And I’ve noticed that their answers to questions about automation depend very much on who is listening.”

In public, many executives wring their hands over the negative consequences that artificial intelligence and automation could have for workers. They take part in panel discussions about building “human-centered A.I.” for the “Fourth Industrial Revolution” — Davos-speak for the corporate adoption of machine learning and other advanced technology — and talk about the need to provide a safety net for people who lose their jobs as a result of automation.

But in private settings, including meetings with the leaders of the many consulting and technology firms whose pop-up storefronts line the Davos Promenade, these executives tell a different story: They are racing to automate their own work forces to stay ahead of the competition, with little regard for the impact on workers.”

The threat to mass employment that technology brings has been widely accepted and discussed. Mr Roose’s article is interesting as it cuts through the noise of the “Davos talking shop” and goes straight to the critical question: how are corporations intending to use the power given to them by technology. The answer it would appear, unsurprisingly, is that first and foremost they will use it to maximise profits.

It’s unfortunate that AI experts aren’t trying to solve the problem. What’s worse, and unbelievably selfish, is that they actually refuse to acknowledge the problem exists in the first place.

These changes are coming, and we need to tell the truth and the whole truth. We need to find the jobs that AI can’t do and train people to do them. We need to reinvent education. These will be the best of times and the worst of times.

AI will displace a large number of jobs, which will cause social discontent. Consider the progress of Google DeepMind’s AlphaGo software, which beat the best human players of the board game Go in early 2016. It was subsequently bested by AlphaGo Zero, introduced in 2017, which learned by playing games against itself and within 40 days was superior to all the earlier versions. Now imagine those improvements transferring to areas like customer service, telemarketing, assembly lines, reception desks, truck driving, and other routine blue-collar and white-­collar work. It will soon be obvious that half of our job tasks can be done better at almost no cost by AI and robots. This will be the fastest transition humankind has experienced, and we’re not ready for it.

What It Means for Africa

It is estimated half of those currently employed in Africa have their jobs under immediate threat from automation. The situation is not one that Africans have entirely under their control either, with falling automation costs meaning it will soon be cheaper to use a robot for manufacturing in the United States than employing a human being anywhere in Africa.

There has been no shortage of Davos style debate in Africa on the impact of artificial intelligence and automation, but very little in the way of clear ideas on how to deal with the changes coming to Africa’s economies.

Africa governments are making very similar statements currently about being aware “the fourth industrial revolution is upon us” and “embracing globalisation 4.0”.

Africa has essentially missed the opportunities of the second and third industrial revolutions. The continent is home to 16.3% of humanity but home to less 1% of the world’s billion dollar companies and only about 4% of  global GDP. Africa cannot afford, nor does it have to, miss the possibilities of the 4th Industrial Revolution.

Jean Phibert Nsengimana, former Minister of Youth and ICT of Rwanda and a Special Advisor at SMART Africa – How Africa Wins the 4th Industrial Revolution, Forbes.com

As businesses are automating, using machines and robots, some customers will demand more human interaction. In the long run, businesses that offer personalised care will thrive and be able to charge a premium for their services.

What now for displaced workers?

Wesley Diphoko, Editor-in-Chief of The Infonomist and founder of Kaya Labs – Machines a Growing Threat to Jobs, Business Report

That Nigeria has not really benefited from the boom created by technology in the past 50 years might not be the news, but the possibility of the country still being left behind again in the new revolution should be a source of concern to the nation’s handlers.

Indeed, Nigeria did not gain anything significant in the first, second and third industrial revolutions.

Therefore, the hope of gaining something in the fourth industrial revolution appears elusive, owing to various economic challenges and policy summersaults that have become the norm of modern day Nigeria.

As highlighted in Mr Roose’s article it would be naive to trust business alone to shape the future path of technology uptake in Africa.

There needs to be a more realistic conversation on how technology is going to impact upon the employability of the African people, and how entrepreneurial skills and technical skills can be developed to mitigate the loss of traditional employment.

It is important first of all to remember that all aspects of technology, artificial intelligence, and robotics are simply tools that remain completely under the control of humans. Much of the reporting and the debate has humans, and Africans especially, as mere bystanders about to be swept away by a tsunami of technological advancement. The truth is collectively we can decide how technology should be employed, how to treat the workers displaced by automation, and how we can reshape society to reap the benefits of technological advancement.

And there is the wider debate on how much we should be working anyway. Should technology replace monotonous work not be celebrated? Parts of Europe have already trialled introducing a Universal Basic Income to provide all citizens with a basic income, while trade unions are pushing for the benefits of technology to be passed to workers and a four day working week established as the norm.

Africa has already shown its ability to leapfrog its technological development, should a continent desperate for jobs not be taking a more ambitious approach to imagine the society of tomorrow?

The Future of Work is one of AfricaLive’s 7 Big Debates for Africa’s Future.

AfricaLive will be home to a debate on the future of work in Africa, focusing on issues around artificial intelligence, automation, skills training, education, and wealth distribution.

Become an AfricaLive member simply by subscribing to the AfricaLive email list at the foot of this page.