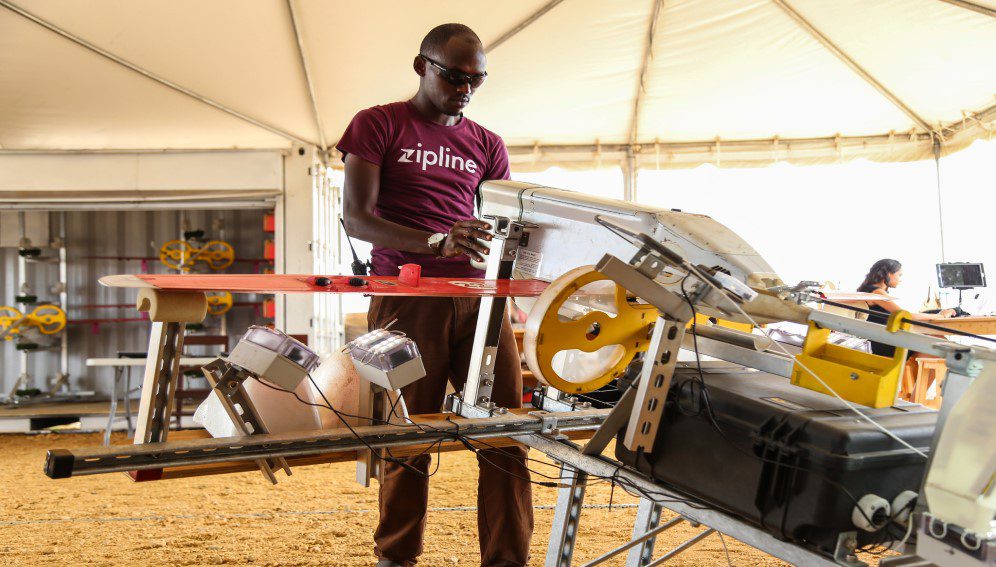 [LAGOS] Africa’s young inventors are yet to receive the support they need from their governments to enable them to create home-grown technological solutions to problems, innovators and experts say.

“If African governments support young innovators across the continent, it will have immediate turn around for technology development in Africa.”

Dalhatu invented a machine in 2014 that helps street sweepers carry out their work with relative ease, and has created a solar-powered cart fitted with gas stoves and television that allows mobile food vendors to serve numerous customers with less stress. But, he says, he lacks the government’s support.

Usman Dalhatu and a friend making fast food with the iCart

The two men pose in front of the iCart

Usman Dalhatu with the iCart

“I have several projects I am presently working on, but the support is really not there from the authorities,” he told SciDev.Net. “I am appealing to the government to patronise my products and also assist me in any other relevant way.”

Dalhatu says it has been tough trying to get government and its agencies to buy into his innovations despite the potential for addressing societal needs and job creation.

His latest invention, known as the iCart, has been widely embraced by food vendors in Kaduna and Abuja, Nigeria’s capital city.

“If I have the type of support I need from government, I could have expanded my operations and in the process created training and job opportunities for young people across the country,” explained the 21-year-old, who has since established Dalsman Technologies Limited, a small start-up, to bring his ideas to fruition. “It could have made a lot of difference.”

In Kenya, young Massai herder Richard Turere has found it tough breaking through without institutional support for his technological initiatives.

More than six years since he invented the ‘lion light’ — a technology which uses solar panels and radio batteries to keep predators away from cows, goats and sheep at night — the 22-year-old is yet to receive the type of support he needs from the authorities to become a national and global brand.

Africa boasts of many other young innovators scattered across the continent, but their crafts are often hampered by a lack of institutional support, including protection of their ideas and inventions.

Osh Agabi from Nigeria developed a neurotechnology device that detects explosives and cancer cells; the device known as koniku kore was developed by merging synthetic neurobiology with traditional silicon technology.

Thérèse Izay Kirongozi , a female engineer from the Democratic Republic of Congo, invented human-like robots that have helped fight a traffic crisis in the country’s capital, Kinshasa, and a young Ugandan inventor, Brian Turyabagye, produced a biomedical jacket able to identify pneumonia in children about four times faster than the time doctors ordinarily take, the jacket, known as MamaOpe is equipped with sensors that identify breathing patterns in humans, according to the inventor, the third prototype is undergoing laboratory trials and will hit the market this year, once it is certified as safe.
Amos Emmanuel, president of InnovationBed Africa, a group promoting technological development on the continent, says leadership has failed Africa’s young inventors, whose talents he believes hold the key to the region’s economic transformation.

He fears Africa could lose its most promising innovators to the global North if they do not get support.

“There is no political will towards developing the innovative talents in Africa. This has to change for the continent to benefit from the immense talents it is blessed with,” Emmanuel said. “If African governments support young innovators across the continent, it will have immediate turn around for technology development in Africa. It will domesticate the knowledge and value of such innovation. It will improve foreign exchange for African countries.”

Ebenezer Olanrewaju, a fellow of the Association of Nigerian Inventors, agrees. He told SciDev.Net: “Funding, favourable policy formation and protection of intellectual property through workable laws are some of the best ways African governments can create the platform for young innovators on the continent to thrive and transform communities.

“Without this, the continent will continue to spend so much importing foreign technology even when there are cheaper and better home-grown solutions all across Africa.”