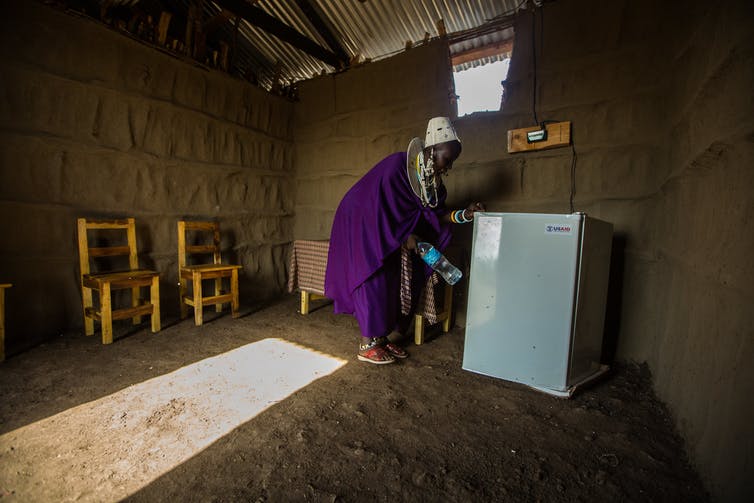 Worldwide, the ugly consequences of a warming planet are rearing their heads. Many countries are increasing efforts to decarbonise their energy systems in a bid to limit global warming to 1.5°C above pre-industrial levels. But the path to decarbonisation is complex, requiring a unique approach from each country.

Take sub-Saharan Africa’s energy systems, which are currently patchy and often unreliable. Many countries’ reliance on fossil fuels has led policymakers to suggest that fossil fuel systems should either be banned or indirectly discouraged through imposing a carbon tax. But, given that greener forms of energy exist in tandem with fossil fuel systems across the continent, this approach might harm rather than help efforts to fight climate change.

If developing countries are to be successful in building more environmentally friendly energy systems, their approach cannot be directly modelled after the developed world. Technological innovation, behavioural change and an open-minded approach to combining energy systems must go hand in hand if the world is to make a successful transition from high- to low-carbon energy.

For developing countries to advance their citizens’ social and economic growth, one thing is essential: reliable electricity. These countries therefore face a dual challenge of driving the energy transition from high- to low-carbon energy and increasing electrification rates.

In particular, sub-Saharan Africa faces the uphill task of electrifying about half a billion of the world’s population before 2030. The availability of electricity has an enormous effect on a region’s economic growth, as well as the social welfare and wellbeing of its citizens.

At an individual level, the negative effects of lacking adequate electricity are evident across countries and cultures. Increased unemployment leads to economic insecurity, which in turn drives chronic stress and increased deaths. And when it comes to public health, entirely fossil-fuel-based energy solutions, such as petrol and diesel generators – used in place of unreliable national electricity systems – pose serious concerns.

At a population level, more and more people are leaving regions where patchy electricity means the quality of life is reduced. Without enough people to work, technological advancement – and thus development – is slowed down. Increasingly harsh climate conditions only perpetuate this vicious cycle.

Yet misinformed policies continue to pose a threat to the electricity market in the region, with consequences for sustainability. In Nigeria, for example, proposed policies exploring an outright ban on independent fossil fuel systems could erode the progress in extending electrification across the country.

We carried out a simulation that analysed 20,200 potential energy solutions for Nigerian commercial buildings, studying their sustainability and carbon footprint, affordability and reliability.

High-carbon energy systems still dominate the market thanks to their perceived reliability and the short-term financial savings they offer. But our results show that hybrid systems can help businesses make the transition to greener models while enjoying dependable electricity, by providing more flexible, secure and sustainable energy.

Unfortunately, simply imposing a carbon tax is unlikely to work on its own, as many industries would put up with the little extra cost for the sake of reliable energy. Instead, changing the carbon pricing structure alongside implementing greener systems, such as solar and wind energy, is more likely to have a positive effect on the climate. Meanwhile, policymakers should focus on encouraging hybrid systems, and thus the electricity market, to flourish.

A related solution could be to support the development of local energy projects. Investing both private and public funds into building microgrids in villages, and other places where electricity is scarce, is likely to help improve electrification.

In turn, this will drive the development of more sustainable energy plants that are designed with the local landscape in mind. This kind of community energy development model has the potential to go a long way towards fully, safely electrifying sub-Saharan Africa.