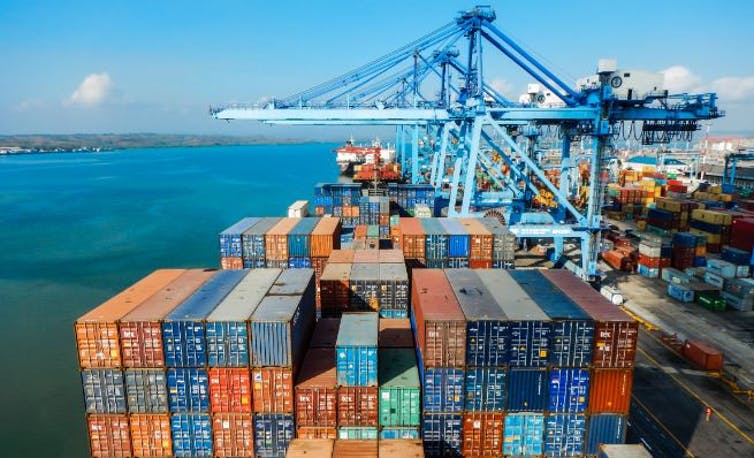 At a time when the global trade regime is under attack, the African Union (AU) is celebrating the establishment of the African Continental Free Trade Area (AfCFTA), which came into effect on 30 May.

After being ratified by the required minimum 22 nations, all the member states of the AU are now legally bound to allow African goods to be traded without restraint throughout the continent.

This is an impressive achievement. AfCFTA not only covers the entire continent, but has proceeded at a record pace. It was signed on 21 March 2018. Its entry into force underlines African leaders’ commitment to pan-African economic integration – a goal as old as African independence in the 1960s.

Intra-regional trade has long been minimal in Africa, standing at 13% for intra-imports and 17% for intra-exports over the last seven years. Earlier continental trade initiatives, such as the 1980 Lagos Plan of Action and the 1991 African Economic Community, have lagged far behind their ambitions.

However, the practical implications of the continental free trade area are not immediate. Significant work is required to deliver tangible results. Negotiations on tariffs, time lines and the seat of the AfCFTA Secretariat are still ongoing. And without effective public policies, liberalising trade risks having negative implications for many people on the continent.

Establishing regional economic communities across the continent has produced a complex pattern of overlapping but inconsequential trade regimes. The only functioning customs union on the continent remains the 109 year-old Southern African Customs Union, an imperial relic that is dominated by South Africa.

The last large-scale attempt to liberalise trade in Africa – the Tripartite agreement covering most of eastern and southern Africa – was launched in 2015. Only four out of 27 countries ratified it, and the agreement was yet another hyped but ultimately stillborn initiative.

After a disappointing track record of African trade agreements, the AU is convinced that AfCFTA is finally the silver bullet. Indeed, there are some encouraging signs that the stars are aligning favourably.

At a time when the World Trade Organisation has proclaimed the worst crisis in global trade since 1947, and in a context of China and the US waging trade disputes, African governments are collectively swimming against the stream.

The AU leadership has been eager to push a long-term integration agenda and an institutional reform agenda. But it has struggled with what Rwandan President Paul Kagame, in his role as AU chairperson in 2018, called a “crisis of implementation”.

The reform process aims to focus the AU on fewer priorities and to make the AU Commission more efficient in steering integration. It also seeks to make the AU central budget financially independent from international partners. This plan has struck a chord with many member states and the AU Commission. Creating a continental free trade area fits well into the strategy.

Why AfCFTA is different

Adherence to AfCFTA has become a competition for the title of “who is the best pan-Africanist”. This peer pressure to jump on the train before it leaves the station is behind the agreement’s rapid ratification.

The free trade area aspires to a membership of 55 highly diverse countries. This seems arbitrary from an economic point of view. However, it corresponds to and will likely benefit from an increasingly recognised and institutionalised “continentalist” interpretation of Africa.

AfCFTA is also vague enough to appeal to advocates of both trade liberalisation and economic protectionism. At this stage it is still possible for it to become either a stepping stone towards global integration, or a barrier against businesses from outside the continent.

In practice, trade in Africa did not change overnight on 30 May. Three key obstacles must still be overcome. If they’re not, the deal may follow the same path as the ill-fated agreements that have gone before it.

Firstly, AfCFTA has put the cart before the horse. Although it is now in force, many of the actual rules still need to be agreed upon. The process of negotiating rules of origin, tariff schedules, and service sector concessions will be long and cumbersome.

African states often lack the expertise or capacity to conduct such negotiations. International partners like the European Union and Germany have flocked to the AU Commission in large numbers to support AfCFTA.

Their support will likely be fragmented through the deployment of consultants and technical assistance. This does not bode well for the ownership of AfCFTA by AU member states and the AU Commission.

Secondly, AfCFTA is facing challenges regarding its governance. The details of its secretariat are yet to be thrashed out. What we do know is that the secretariat will be a semi-autonomous organ of the AU, and that six countries are competing to host it.

The likely geographical distance from AU headquarters in Ethiopia will complicate coordination with the continental body’s policy agenda. Budget cuts to the AU’s Department of Trade and Industry further hamper the transitory facilitation of AfCFTA.

Finally, the free trade area will invariably pose economic challenges in AU member states. The promise of free trade agreements is to create wealth through increased competition, the equalisation of wages and the substitution of domestic labour with imported goods.

International experience shows that the gains tend to be unequally distributed, especially if a free trade area involves a large amount of diverse economies. Entire economic sectors and communities can be heavily affected by the downsides: wage cuts, unemployment and environmental degradation.

Questions abound. How will governments manage AfCFTA’s winners and losers when existing social protections are weak, and informal markets dominate many sectors? Will governments still respect the agreement even if it hurts some of their businesses and state companies? And how will they deal with the loss of customs revenue? Nigeria’s internal disputes and protectionism are a case in point

The road ahead to an effective free trade agreement that delivers results to Africans is still long.