COP27 Must Deliver Climate Finance Where It Is Needed Most (commentary) 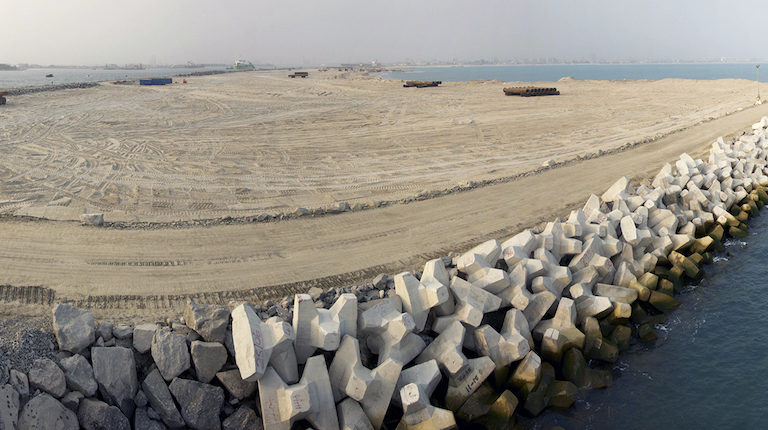 In 2021, the top 10 climate disasters caused an estimated $170 billion worth of damage, underlining the growing threat climate change poses to global financial stability. These impacts were most felt by countries in the Global South, who have contributed very little to the climate crisis, yet are at the forefront of its impacts and lack the capacity to adapt effectively.

The year closed with an action-packed UN COP26.  There was a lot of rhetoric, bold commitments were made, but was it a success for the Global South? At the conference, African nations pushed heavily for more adaptation funding  from wealthy countries. This pressure led to important developments, including language in the Glasgow Climate Pact to double climate finance for adaptation by 2025 to at least $40 billion.

There were also record international pledges to support the Adaptation Fund. However, this is still a fraction of the billions required by the Global South, with the UN estimating that up to $300 billion will be needed every year by 2030 to adapt to our changing climate.

While it is critical that adaptation finance continues to increase, it is equally important that such investment is channeled into adaptation projects which make a difference and are designed to protect those who are most vulnerable to the devastating consequences of climate change.

Some experts estimate that only 10% of climate finance is invested at the local level with the majority going from international funders to national coffers that are managed by government officials, who often lack the capacity required to address the needs of poor and vulnerable communities.

There are many reasons for this, including a lack of input from local experts, inadequate data to design and implement adaptation solutions, and national adaptation planning which lacks the specificity to meet the needs of local communities. This year, COP27 will take place in Egypt and the climate vulnerabilities facing communities across the African continent will be on full display, including the ongoing drought in the Sahel, floods in the Nile Delta, sea level rise in Lagos, Nigeria, and the devastation from tropical cyclones that have battered the eastern coast of Mozambique.

Coastal cities across Africa are economic powerhouses and are expanding rapidly, but they are also at the forefront of climate change. Two recently completed risk assessments in Dar es Salaam, Tanzania, and Mombasa, Kenya, measure these complex risks to identify resilient solutions.

Both studies showcase how urbanization and climate change are combining to increase vulnerability across the cityscapes. In Dar es Salaam, dramatic population growth poses challenges that are being intensified by climate change. While Dar es Salaam is relatively safe from tropical cyclones, heavy rainfall and flooding from land and sea are a constant threat.

Unplanned coastal development is contributing  to coastal erosion, freshwater shortages, and degraded fisheries and ecosystems which exacerbates the city’s risk. The dangers posed by flooding are also concentrated in poorer neighborhoods. This was seen during the floods of 2018, which caused over $100 million worth of damage.

The risk assessment in Mombasa highlighted a different set of issues. Centered on an island with one of the most important seaports in Africa, blue economy sectors such as shipping, tourism, and fisheries are critical to the city’s economic security.

However, pollution and climate risks pose a growing threat to the prosperity of the city. Pollution from industrial shipping, hotels, and dredging are degrading  marine ecosystems, which underpin the blue economy. Sea-level rise, storm surge, and increasing rainfall threaten the informal low-lying coastal neighborhoods, freshwater resources, and waste management systems.

Efforts are already underway in Kenya and Tanzania to meet some of these climate challenges. Kenya’s Climate Change Act mandated the development of coastal city risk assessments. The UN-Habitat program is completing a national marine spatial plan to understand and plan for future climate impacts to its coasts. In Tanzania, the World Bank is supporting projects to strengthen resilience to flooding in Dar es Salaam.

Despite this progress, both assessments highlighted that greater investment is needed to integrate ocean-climate-urban planning and adaptation projects. This holistic approach will help balance economic development with the natural environment, while building resilience to the growing specter of climate change.

Government officials in Kenya and Tanzania have made clear that data gaps make it more difficult to demonstrate their need for increased funding which limits their access to important resources from organizations like the Global Environment Facility, Green Climate Fund, and Adaptation Fund, the source of the majority of global climate adaptation finance.

Tools like CORVI are designed to help leaders collect the detailed data they need to understand how climate change is impacting the security of their communities, so they can make the case for specific adaptation solutions at the local level.

Similarly, donor governments including the United States can employ these types of decision support tools to direct investment through new approaches like the PREPARE program, which is specifically designed to channel climate finance to adaptation projects in vulnerable countries.

Without such investment, Africa’s coastal cities face a treacherous future. With COP27 taking place in Egypt, African nations have an unprecedented opportunity to shape the agenda for the “Adaptation COP” and keep resilience at the forefront of the international climate agenda.  Beyond increasing climate adaptation finance, the conversation needs to now include how these resources can be guided by data, and planning to build a more sustainable future.