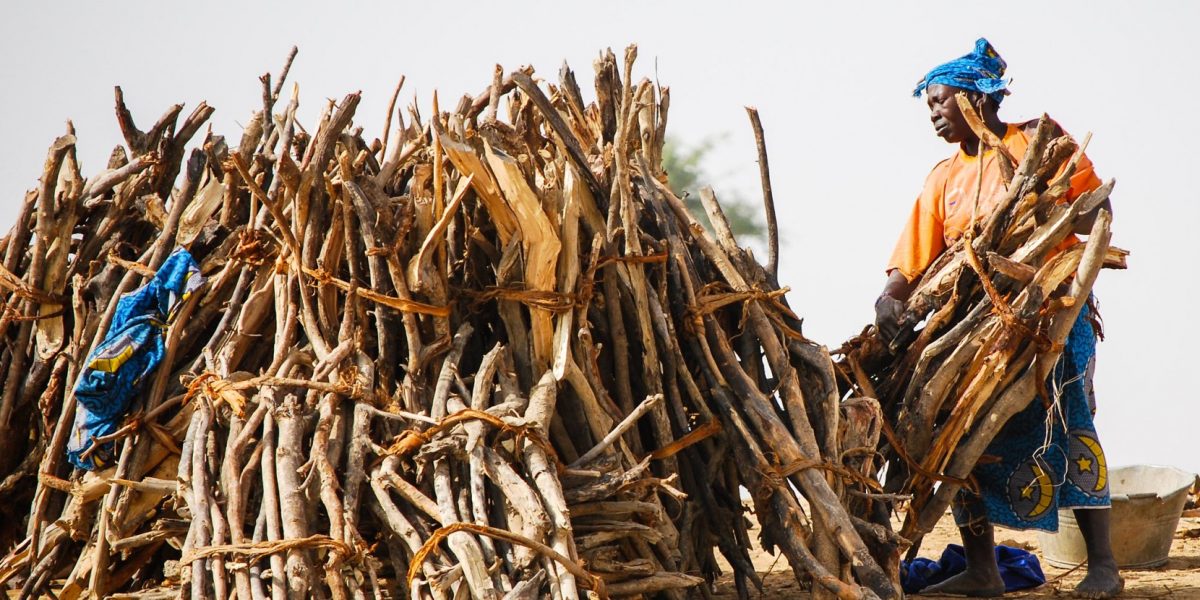 “We will not achieve the conservation of forests when there are millions of people trapped in poverty nearby. It’s a losing game”

According to the UN Food and Agricultural Organization (FAO), 250 million people living in and around tropical forests or savannahs subsist on less than $US 1.25 per day – with millions more worldwide living in poverty in rural forest landscapes.  Helping to lift those people out of poverty should be a ‘paramount cause’ of forestry, says Nambiar – who believes that increasing and supporting sustainable wood production is one important way to do just that.

“Think about wood as an important driver of both economy and conservation,” says Nambiar, who  is an honorary fellow at the Commonwealth Scientific and Industrial Research Organisation (CSIRO) in Canberra, and in 2014 was made an Officer of the Order of Australia (AO) for his contribution to forest science and sustainable management.

Wood is “recyclable, renewable, versatile, strong and beautiful,” he says, and it’s in increasing demand both internationally and within tropical countries – something he knows from personal experience.

Nambiar grew up in a lower-middle class family in Kerala, India. His parents didn’t own a table, and he and his siblings did their homework sitting on the floor.  But as soon as the family income improved, his parents bought a wooden desk for schoolwork, and a dining table: “that wooden dining table symbolised that we were no longer poor.”

“In any society that I know, when people move out of poverty – though they abandon wood fuel for cooking – they increase the amount of wood they use in their daily life,” Nambiar says. “They use more notebooks, newspapers, tissues, furniture, and computer desks – and then they want wooden paneling in the sitting-room. Per capita consumption of wood products is increasing rapidly in most developing countries in Asia and Africa.”

“By using modern technology to locate wood processing in situ in the forest-rural landscape, forestry can help to bridge that rural-urban divide, with a product that everyone wants, and everyone loves”

But as their economies grow, many forested tropical countries actually have serious wood deficits, Nambiar says. India and Ethiopia, for example, produce much less wood than they consume, and both spend millions of dollars to import it.

At the same time, income gaps between rural and urban populations are widening.

Nambiar sees a huge opportunity to improve rural livelihoods by helping tropical countries to improve the growing, processing and marketing of wood products.

“By using modern technology to locate wood processing in situ in the forest-rural landscape, forestry can help to bridge that rural-urban divide, with a product that everyone wants, and everyone loves.”

In some places, that might mean large-scale plantation forestry – but in others, what Nambiar sees great potential in what he calls ‘small-growers.’

“I often tell people, ‘Give me the worst part of your farm – the eroded, bombed-out part with craters everywhere from the war – and you can grow wood there’”

“In many countries there are areas of degraded forest and cleared land on the forest fringes. Those lands can be used for growing wood, without displacing food production.”

He cites examples from his collaborative research in Vietnam, where 300,000 smallholder tree growers – most with just one to five hectares planted – account for half of the country’s acacia wood production, an industry estimated to be worth $US 1.35 billion.

“I often tell people, ‘Give me the worst part of your farm – the eroded, bombed-out part with craters everywhere from the war – and you can grow wood there.’”

“It’s possible in these small farms to have part of the farm allocated for wood production and the rest for food. In 7 or 8 years you can grow acacia, and because people don’t have to work on the trees every day, they can also work on the farm or in the sawmill, or as snack-makers and other service providers.”

Now it’s time to bring wood back to the forefront, he says.

“These global dialogues have lost sight of the people, and for two decades we have lost the opportunity to use forestry for poverty alleviation. There’s a real need for a re-evaluation of the purpose of forestry, and placing at the forefront of the debate those at the bottom of the pyramid.”

That doesn’t mean he’s not concerned about climate change – its effects are likely to have a severe impact on the world’s poorest, and forests are some of the world’s best carbon sinks.

But Nambiar doesn’t think that boosting wood production and use is incompatible with carbon and conservation goals.

“We will not achieve the conservation of forests when there are millions of people trapped in poverty nearby. It’s a losing game”

In some circumstances, he points out, timber production can help to mitigate climate change. When wood is used in long-lasting products like buildings and furniture, it locks up carbon for decades – and accounts for a fraction of the greenhouse emissions of other popular building materials like concrete.

“The best outcome is in harvesting a part of the forest and using that wood for long-lived products in construction – replacing high-emissions steel, aluminium and concrete – for which the technology is now readily available.”

He also sees a key role for conservation, but says that it’s not sufficient on its own.

“We need to fulfill forestry’s promise – that is, the science and art of managing forests sustainably for the people. That requires an economic foundation for forestry, in balance with the environment and conservation.”