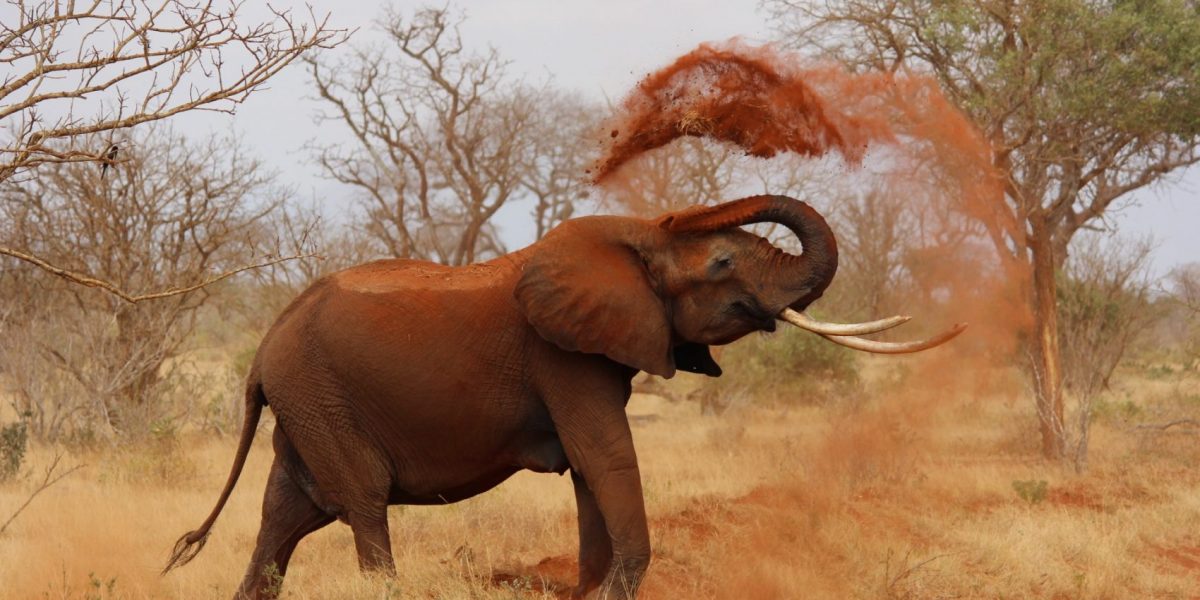 As the world prepares for the 18th annual Convention on the International Trade in Endangered Species of Wild Fauna and Flora (CITES) and their Conference of Parties (CoP18), four southern African countries — Zimbabwe, Botswana, Namibia and South Africa — have submitted a petition and proposal seeking to remove restrictions and allow international trade in registered raw ivory of their elephants.

CITES is an “international agreement between governments to ensure that international trade in specimens of wild animals and plants does not threaten their survival,” and the convention will take place in Colombo, Sri Lanka, from May 23 to June 3,  2019.

The 12-page proposal seeks to amend the annotation to the listing of the elephant populations of Botswana, Namibia, South Africa and Zimbabwe in Appendix II. It states that the four southern African nations combined hold the world’s largest elephant population with an estimated 256,000. This is equivalent to 61 percent of all African elephants.

CITES has rejected past proposals by Zimbabwe and Namibia to allow ivory trade with looser controls and this year’s CoP18 promises to see the continuation of a battle that has been ongoing for 30 years now since the 1989 international ban in the ivory trade.

Will things be any different this time around? The international ban was imposed because of the decrease in the elephant population due to the poaching crisis. According to the African Wildlife Foundation, 35,000 elephants are killed for their tusks yearly. The proposal has triggered a clash between elephant conservationists and those who favor the ivory trade for economic reasons.

Before the ban, ivory trade in Africa flourished under lax regulations and so did poaching. The Humane Society International reported that between 1979 and 1989, the number of African elephants plummeted from approximately 1.2 million to about 600,000. This is what led to the 1989 CITES ban in the commercial trade of ivory by placing elephants on a list of species threatened with extinction.

Lifting the ban on ivory trade

One of the major asks from the four countries is permission to trade in registered raw ivory — meaning, they want to be allowed to sell raw ivory from elephants who die naturally. This raw ivory will be obtained from government-owned stocks excluding seized ivory and ivory of unknown origin.

In addition, the trade will only be done with trading partners that have been verified by CITES Secretariat. Proponents suggest these types of security measures ensure compliance and eliminate the possibility of selling illegally-sourced ivory.

Those against the trade of wild animal products draw their arguments from what happened when CITES approved a one-off legal ivory sale to China and Japan in 2008. The reason for the one-off sale was to flood the market, crash ivory prices and ultimately stop any financial benefit from poaching. Fifteen million United States Dollars were raised from the sale of 102 tons of government-owned stockpiles from the four southern African countries.

However, this caused a dramatic increase in elephant poaching. Those against lifting the ban point to this history to show that ivory trade does more harm than good to African elephants — even with suggested security measures.

Elephants are targeted for their ivory, which is highly prized in countries like China and Hong Kong. According to the BBC:

Ivory is seen as a precious material and is used in ornaments and jewelry. It’s also sometimes used in traditional Chinese medicine. Some rich Chinese people think that owning ivory makes them look more successful. Others think that ivory will bring them good luck.

The ivory trade debate has already created major divisions on the African continent with some nations supporting it while others argue that the sale of some ivory can actually contribute to anti-poaching expenses.

Kenya is expected to strongly oppose this proposal as a member of the African Elephant Coalition, a consortium of 29 African member countries who do not support any form of trade in ivory and seek to seek to promote non-consumptive use of elephants. The group advocates for activities such as wildlife photography and general wildlife observation as opposed to game hunting.

The battle to save elephants

The heart of the ivory trade ban debate centers around the fact that African elephants have and still face major threats to their survival through habitat loss and poaching.

Petitions to lift the ban have been met with rejection partly because African nations have failed to demonstrate substantial success toward reductions in illegal ivory trafficking. According to the United Nations Office on Drugs and Crime 2016 World Wildlife Crime Report:

Still, some African countries like Zimbabwe argue that their elephant population is healthy and therefore favor the petition to revisit the ban on the ivory trade. Zimbabwe’s Zimparks spokesperson stated that elephants have actually exceeded their carrying capacity:

The authorities state that the current population of elephants in Zimbabwe stands at 84,000 when in fact there are approximately 50,000.

Most state agencies responsible for conservation in these four southern African nations struggle to fund elephant conservation and management. They argue that revenue generated from ivory trade could be used to benefit conservation efforts. The funds could also be used toward increasing law enforcement that targets poachers, dealers, smugglers and increased field rangers on the ground.

These arguments may lead other countries to break away from the CITES international agreement. For example, toward the end of 2018, Japan decided to pull out of the International Whaling Commission, following the rejection of its proposal to resume commercial whaling on September 14, 2018.

Some argue that the CITES focus has shifted from consumptive use to preservation of wildlife, something which the four African countries oppose. A few critics even suggest that Africa should withdraw from CITES altogether, saying the policies hurt emerging economies.

If CITES rejects their proposal, these four southern African countries could follow Japan’s footsteps and pull out.

This article was originally posted by Prisca Daka on GlobalVoices.org and is reproduced here under a Creative Commons licence