Ghana’s Electricity Supply Mix Has Improved, but Reliability and Cost Is Still A Challenge 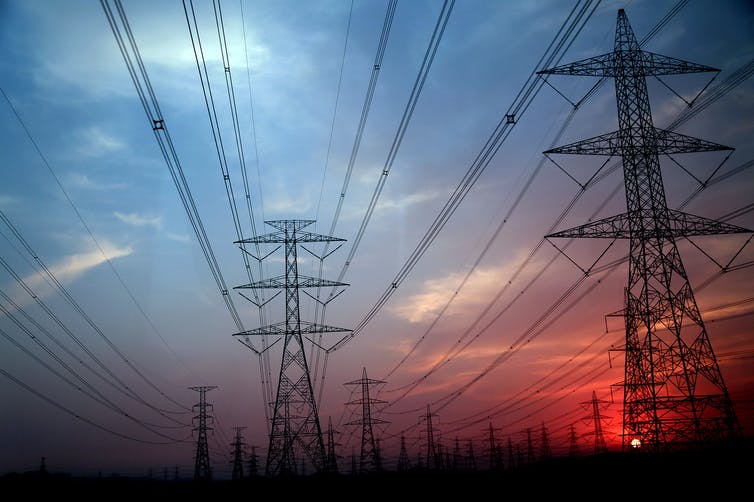 Ghana has made significant progress over the past 10 years in increasing electricity generation and access. This has supported higher levels of economic growth. However, beneath these improvements lies inefficiencies, including extraordinarily high distribution losses. Electricity is also quite expensive in Ghana. If not addressed, these issues could derail Ghana’s development agenda.

As countries transition their economies to ones that use less carbon, they need to build balanced energy systems. These must be anchored on high energy security, universal access at affordable prices and low emissions.

Ghana has made significant progress over the past 10 years in increasing electricity generation and access. This has supported higher levels of economic growth. However, beneath these improvements lies inefficiencies, including extraordinarily high distribution losses. Electricity is also quite expensive in Ghana. If not addressed, these issues could derail Ghana’s development agenda.

As countries transition their economies to ones that use less carbon, they need to build balanced energy systems. These must be anchored on high energy security, universal access at affordable prices and low emissions.

Ghana began reforming its energy sector in the mid-1990s to encourage competition and efficiency. Independent power producers were introduced to increase thermal generation capacity using crude oil and natural gas. Ghana had been heavily dependent on hydroelectric power from the Akosombo Dam. When rainfall patterns began to change in the mid-1980s with accompanying low water levels, energy policy shifted.

The reforms also introduced performance contracts and other energy efficiency initiatives to decentralise the value chain, which had been monopolistic. This was also a pre-condition by development financiers such as the World Bank.

The increase in power generation supported Ghana’s economy. The economy grew in real terms by 6.67% a year between 2011-2019. Electricity demand is estimated to have grown at 7%-10% a year since 2010.

Despite energy generation being in excess of demand, power remains expensive and unreliable, and has become a constraint on doing business in the country.

We recently conducted research in which we analysed how the country’s changing power mix affects energy security, energy equity and environmental sustainability. The three are referred to as the “energy trilemma”.

We found that Ghana has shown significant improvement from 2000 to 2019 in energy security and energy equity. It has made marginal improvements on environmental sustainability. However, these improvements mask some inefficiencies that need addressing if the country is to have a more resilient electricity sector.

The World Energy Council’s Energy Trilemma Index ranks Ghana among the top 10 countries that have improved on energy security, equity and environmental sustainability. Only two other African countries – Kenya and Ethiopia – made the top 10.

The shift from hydro to thermal has helped Ghana to increase energy security. Whereas hydro accounted for 68% of electricity generated in 2000, it’s now 36%. At the same time, the country has increased thermal generation capacity to 64% of the mix. Ghana also has a better balance of sources for fuel for electricity generation. In 2019 Ghana procured 63% of gas from its own offshore fields and another 37% via the West African Gas Pipeline. Gas supply reliability is expected to improve again when the Tema LNG project is completed.

On equity, 85% of the population has access to electricity in 2020. This makes Ghana one of the African countries that are most likely to achieve 100% universal access by 2030.

Despite the improvement in electricity access, we also found that changes to the energy mix, and the resulting electricity tariff structure, have been masking inefficiencies in the distribution system.

The tariff structure places a burden on some consumer categories. These include commercial and industrial users. This creates unintended consequences of unpaid bills and electricity theft, hampering full cost recovery. Ultimately, this negatively impacts on further investments that could improve electricity supply.

Energy security is not just about increased power generation and availability. It is about the entire value chain, from generation to transmission and through to distribution. Our analysis shows a lack of investment in the country’s distribution infrastructure.

The result is that a persistent 25% of electricity generated in Ghana is lost at the retail end. These are caused by dilapidated infrastructure (technical losses) as well as electricity theft or commercial losses. Ghana’s losses are more than double the sub-Saharan Africa average of 12%.

The state of distribution infrastructure has implications for integrating other variable renewable energy sources into the grid by making them even more expensive to connect. For consumers, such losses mean power outages are likely to continue.

Environmental sustainability is a composite measure of final energy intensity (the energy used to produce a particular output), low carbon energy generation and CO₂ emissions per capita. Thermal generation capacity now has a higher share of the energy mix but its fuel sources have improved, shifting from heavy fuel oils to gas. However, there has also been less room for low-carbon energy generation. The target for renewable energy generation was 10% by 2020, and has now been extended to 2030.

It’s also important in meeting Sustainable Development Goals (SDG) 7 and 13 which, respectively, aim to increase access to modern energy and combat climate change. Currently, about 70% of Ghana’s population lack access to clean cooking fuels. This has severe implications for health, gender, and the environment.

Addressing inefficiencies in Ghana’s electricity sector will reduce the need to price in distribution losses, thereby enhancing affordability. This could promote industrialisation and clean cooking with electricity. Balancing the often-competing dimensions of the “energy trilemma” remains the central challenge of energy governance and not just about reducing carbon intensity as the sole mandate.

This article was co-authored with Doris Agbevivi who is an Energy Economist working with the Energy Commission of Ghana.

Renewable Energy Projects In Rural Ghana Have Some Built-in Limitations