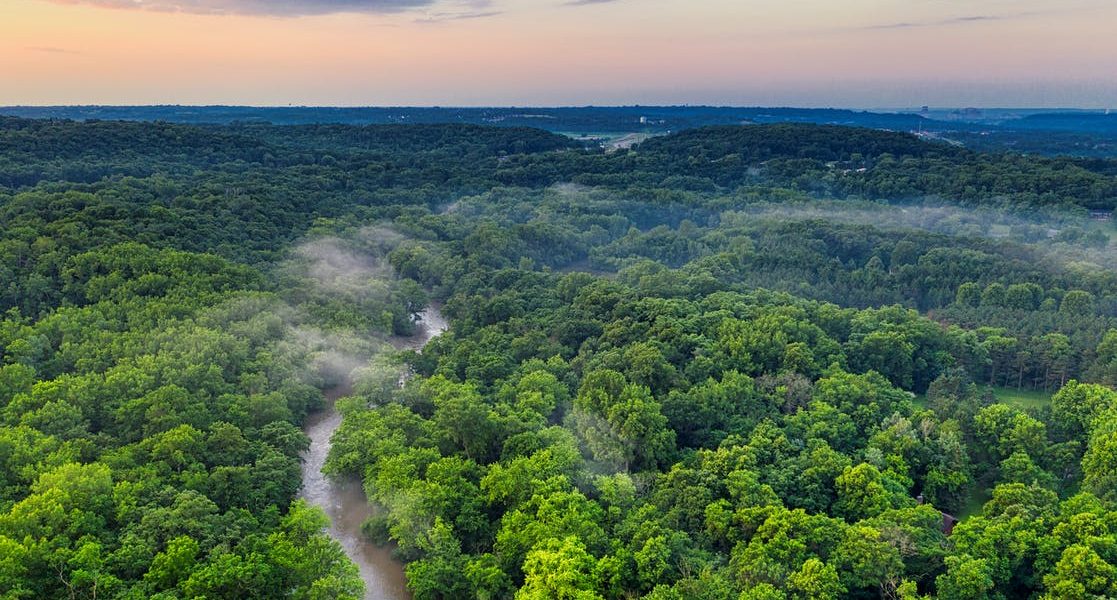 The Amazon Rainforest is resilient: the largest rainforest on the planet has been around for at least 55 million years, surviving repeated ice ages and warming. But human impacts, combined with climate change, are decreasing that resiliency, causing the forest to lose its ability to bounce back from repeated disturbances, according to a new study published in the journal Nature Climate Change.

“We had an idea that we might see a loss of resilience in a couple of areas of the Amazon, but not to the extent we found,” Chris Boulton, a researcher at the University of Exeter, U.K., and lead author of the study, told Mongabay. “It doesn’t come from a modeling study that tells us something about future changes that are to some people a long way off, it shows that the rainforest is under stress right now.”

Boulton and his team found that three-quarters of the Amazon has lost some resilience since 2000, meaning the forest is losing its ability to recover biomass as quickly after events such as droughts. This loss of resilience is especially high in regions close to human activity and with less rainfall.

“In other words, it’s recovering slower compared to 15 years ago or so,” Boulton said.

Using remote-sensing data from satellites that measure the water content of plants in the forest, researchers were able to determine the forest’s biomass over time. The researchers then combined that data with forest loss, droughts, rainfall, proximity to human activity, and other parameters.

What is behind this decline in resilience? It largely boils down to water, and human activity is to blame.

The Amazon makes much of its own rain. One study called the rainforest “the most complex self-sustainable rainmaking system on land.” As water evaporates from all of the leaves in the forest, a process known as evapotranspiration, that moisture is carried upward and moves across the landscape converging with other airborne moisture before it comes back down as rain.

As the forest is slashed, burned, and degraded, the forest has fewer leaves. That means less evapotranspiration, leading to less rain. And less rain leads to further droughts, fires, tree death, and forest degradation — a feedback loop of destruction and loss of resilience.

“Under wetter conditions with more rainfall, the forest has a powerful control over precipitation,” said Anastassia Makarieva, a research fellow at the Technical University of Munich who was not involved in the study. “This means that its resilience is high.”

However, under drier conditions, the forest is less able to compensate and adjust its evaporation rates. According to work by researchers from Brazil and Portugal, the forest was much less resilient after major droughts in 2005, 2010, and 2015.

Simply put, a drier Amazon is a less resilient one.

“I would say that this [study] provides an early warning that the Amazon is approaching a tipping point,” Boulton said, “and that’s quite a depressing thought.”

Scientists have long warned of a “tipping point” for the Amazon Rainforest, at which point the forest will begin to degrade into a savanna-like ecosystem. This shift would have dire consequences for the diversity of life there (including people) and would also release massive amounts of carbon dioxide into the atmosphere, worsening the already dire climate crisis.

“What we predicted is now being observed in real life. It’s no longer a theoretical forecast about the future,” Carlos Nobre, one of Brazil’s top climate scientists and a researcher at the University of São Paulo, told Mongabay in 2019.

One smoke signal of this approaching tipping point is just that: smoke from the forest. Fire doesn’t occur naturally in the Amazon, but is set deliberately by people in a pattern of intentional, often illegal, deforestation to clear the land for crops and cattle. But in 2020, a startling number of major fires (41%) burned in standing, living Amazon rainforest, where fires have not historically occurred. That number dropped to 5% in 2021, as the dry season was much less intense.

The nonprofit Monitoring of the Andean Amazon Project (MAAP) estimates that more than 5.4 million acres (2.2 million hectares) of the Brazilian Amazon’s standing rainforest burned in 2020, an area roughly the size of the country of Wales in the U.K.

Time-lapse video above shows deforestation followed by fire in the Brazilian state of Rondônia, in the Amazon region. Data: Planet, ESA.

Deforestation and fires have surged under the rule of Brazil’s current president, Jair Bolsonaro. Last year in the Brazilian Amazon (which accounts for approximately 60% of the Amazon Basin) deforestation reached its highest level since 2006.

“The great jump in deforestation can be attributed to both the rhetoric and to the actual measures of the Bolsonaro administration,” Philip M. Fearnside, a research professor in the department of environmental dynamics at the National Institute of Amazonian Research (INPA) in Brazil’s Amazonas state, told Mongabay last year.

Although parts of the Amazon may be slower to recover, this doesn’t mean they have completely lost their resilience, according to Paulo Brando, a tropical ecologist at the University of California, Irvine, who was not involved in the study. Even forests along the driest portion of the Amazon Basin have a fighting chance.

“Forests in that region have been ‘punched’ from all sides,” Brando told Mongabay in an email, “so it is not a total surprise that they are showing some signs that the forests are ‘giving up’. But, given a couple of elements, forests can bounce back.”

Despite new evidence that the Brazilian Amazon is now a carbon source, emitting more of the greenhouse gas than it captures, the total Amazon remains a net carbon sink, largely due to protected areas and Indigenous territories.

Most deforestation and fires take place outside of protected areas and Indigenous territories, highlighting the importance of these key land use designations and the recognition of Indigenous land tenure for safeguarding the Amazon Rainforest.

“As deforestation continues to threaten primary forest across the Amazon,” MAAP wrote in findings released last July, “key land use designations are one of the best hopes for the long-term conservation of critical remaining intact forests.”

Because cattle and soy drive most of the Amazon deforestation and fires, another promising strategy is to address the markets for those commodities. Some companies are making private commitments to source from zero-deforestation supply chains. However, experts say the market still needs increased transparency, with better monitoring, verification, and reporting systems about where commodities like soy and beef are coming from.

Although these findings are “depressing,” Boulton said, “having an early warning of this gives us a chance to do something about it.”

“Rather than focusing on the trajectory the Amazon is on,” he said, “we can instead try and change it.”

Pay or punish? Study Looks At How to Engage With Farmers Deforesting the Cerrado