Green Policies Are In Place For South Africa’s Major Port City: But A Key Piece Is Missing 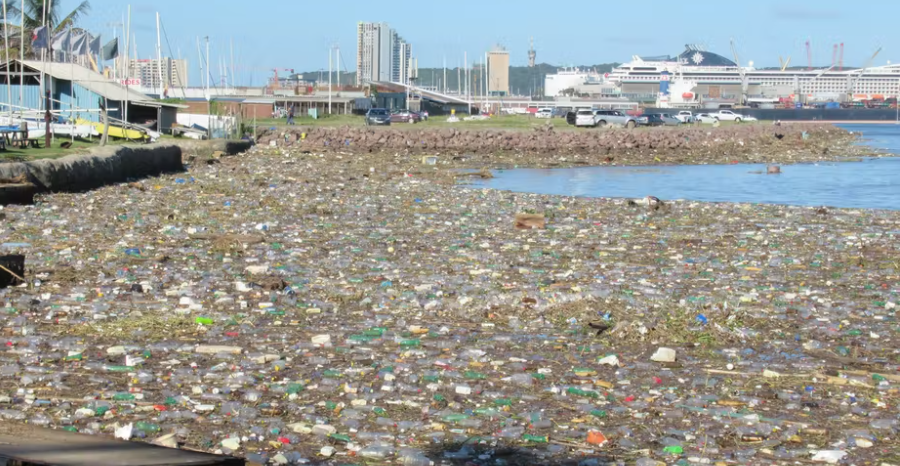 The floods of April 2022 in the South African city of Durban (eThekwini municipality) placed the spotlight on the management of urban areas and their vulnerability to natural disasters. That homes had been built close to rivers and on floodplains indicates a shortfall in urban planning.

Much of the global thinking about managing risks like flooding uses the concepts of green and ecological infrastructure. They highlight the role of “natural” infrastructure in mitigating natural and human-induced risks. Examples include open green spaces and water bodies, green roofs and walls, street trees, ponds, urban wetlands, restored watercourses and reconnected floodplains.

Green infrastructure refers more to metropolitan environments and ecological infrastructure to rural locations. Both concepts come into play in South African municipalities. This is because they tend to be a mix of city and semi-rural environments, with formal and informal settlements.

Municipalities have a considerable degree of independence in South Africa. The country’s Climate Change White Paper also recognises local governments as essential actors in the climate change response. They are responsible for providing and managing water. And they can largely choose how they do this.

In eThekwini and other cities there are signs – like the recent flood damage – that municipalities are not handling this responsibility well. I wanted to find out more about why this was so.

For my study, which started in 2018, I interviewed municipal officials and researchers and asked them about their understanding of green and ecological infrastructure. eThekwini’s Environmental Planning and Climate Protection Department employs scientists and develops these infrastructures. Examples are sustainable drainage systems, estuary maintenance and the eradication of alien riverside vegetation.

The department also networks with international forums and government institutions.

Analysing their responses, I concluded that they were mostly concerned with climate change and biodiversity. The municipality thought of water security as a matter of water quality and quantity.

But the powerful experts in city government were missing a key ingredient: the perspective of residents. Experts don’t always know how their policies might affect residents – directly or indirectly.

If they don’t include more viewpoints, expert governors risk being seen as illegitimate. In turn, this could result in political instability and resistance.

My research showed that eThekwini’s green and ecological infrastructure policies were informed by scientific evidence. The municipality worked with experts from research institutions, universities and scientifically informed NGOs.

Staff had contributed to reports by the United Nations’ Inter-Governmental Panel on Climate Change. The environmental planning department had also been active in international forums such as the C40 Cities and the Western Indian Ocean Marine Science Association. And it had worked with the city’s Water and Sanitation Department and the South African National Biodiversity Institute to restore water catchment areas.

But what the officials told me showed that they viewed green initiatives from a natural science perspective – not a social one.

A scientifically informed public policy has pros and cons. Where science and engineering experts are also in power, green and ecological infrastructures become a political matter since they are part of a local government structure. Only a few experts have the power to make and act on policies. Everyone in their network tends to think much the same way as they do. Dissenting voices are not heard.

The experts can resist external influences and exclude marginalised groups, such as those living in informal settlements and traditionally governed areas. For example, in KwaZulu-Natal, traditional leaders (amakhosi) have a role to play in urban planning. They are influential in their communities. This is particularly the case in the semi-rural areas around eThekwini where they have the authority to distribute land.

In my interviews with stakeholders outside the municipality, concerns were raised that green policies and programmes were not communicated effectively to residents. This arose from interviews with people at the Council for Scientific and Industrial Research and Palmiet River Watch in eThekwini.

Based on my study, I suggest that eThekwini’s Environmental Planning and Climate Protection Department should consider democratic deliberation and information sharing with residents. This is a way to counteract top-down decision making and “groupthink”. When people aren’t aware of initiatives, they can’t support them and make them legitimate. It also means residents are unable to hold the municipality accountable.