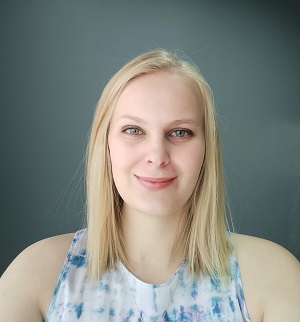 Statistics show that 61% of the population living in South Africa is either overweight or obese. Excess sugar consumption leads to several health problems that include non-communicable diseases such as heart attacks, diabetes and cancers, to name a few.

Statistics show that 61% of the population living in South Africa is either overweight or obese. Excess sugar consumption leads to several health problems that include non-communicable diseases such as heart attacks, diabetes and cancers, to name a few. The easy answer would be for an overweight population to consume less sugar, right?
The fact is that taste is an important factor when we choose food products, therefore consumers will rather choose “unhealthy” foods with higher sugar content. Consumers have a general perception that foods with reduced sugar content are healthier products that may taste unpleasant and that these foods are only consumed when one has certain health issues such as diabetes and weight problems.

Researchers in the School of Physiology, Nutrition and Consumer Sciences at the North-West University recently delved into this conundrum. Consumer Sciences master’s-degree student Miss Telana van Zyl and supervisors Prof Annchen Mielmann and Dr Neoline le Roux presented their research at this year’s 14th Pangborn Sensory Science Symposium on Sustainable Sensory Science. This live-streamed interactive event took place from 9 to 12 August 2021.
Their research focused on the development of emotion lexicons for consumers’ taster status to describe sugar-free chocolate. Several studies confirm the link between the sensory properties of food and consumers’ emotional responses, influencing their food choices. However, few studies have looked at how consumers’ different taster status (non-, medium and supertasters) influence their emotions when consuming sugar-free food products.

This research aims to develop emotion lexicons to describe sugar-free chocolate according to consumers’ taster status. The study sample consisted of South African consumers. For data collection, each respondent received milk and dark sugar-free chocolate (two samples) for tasting. After ethics approval had been obtained, an electronic questionnaire was employed to collect quantifiable data, which was then statistically analysed.

Results showed that respondents were classified into three taster status groups, with almost an equal distribution between non-tasters, medium tasters and supertasters. Most respondents liked the dark chocolate more than the milk chocolate on the basis of a 5-point Likert scale. However, more than half the non-tasters selected positive emotions for milk chocolate, while the medium tasters chose more positive emotions for dark chocolate. Most of the supertasters (increased sensitivity to bitter taste) indicated the highest selection of negative emotions for dark chocolate. “Consumers differ according to their taster status. They perceive a specific product differently, and for this reason, it is worth investigating this association between the consumers’ emotion with regard to sugar-free chocolate,” Telana shared.

These findings indicated that each taster status requires the development of a distinctive emotion lexicon for respondents to be emotionally satisfied by sugar-free products. This confirmed that taste sensitivity varies among consumers and can have a significant impact on their emotions and ultimately their food choices.
“These emotion lexicons will contribute to future research on the sensory acceptability of and behaviour with respect to chocolates and sugar-free products for the South African market,” Prof Mielmann concluded.