In Gabon, a New Partnership Protects Sharks and Rays 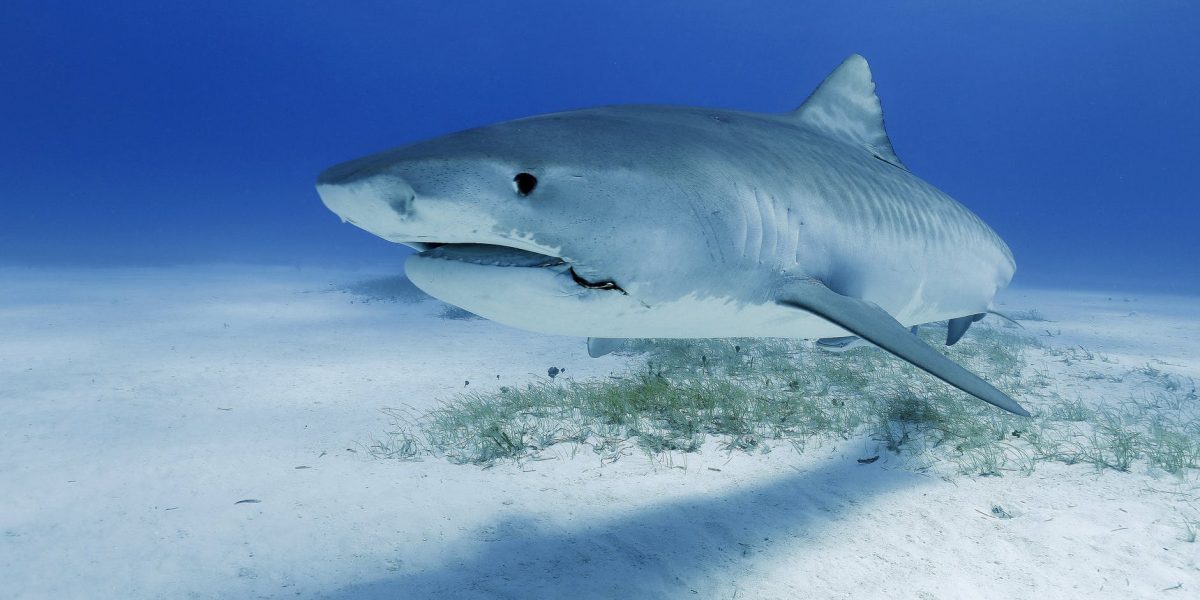 The Government of Gabon has passed landmark measures to manage and protect the country’s sharks and rays: over the past decade, Wildlife Conservation Society (WCS) has worked with the Gabon government to identify 69 species in the country’s waters, highlighting the diversity that these measures will help preserve, and this work has resulted in two new laws to properly protect and manage these endangered marine species.

Sharks are top, sometimes apex predators, that are essential to healthy marine environments, but grow slowly and are vulnerable to overfishing when not properly managed. The new laws will help safeguard Gabon’s must vulnerable sharks and rays and ensure their capture through the country’s fisheries remains sustainable.

This partnership highlights a new global initiative to save the world’s sharks and rays, launched this World Ocean Day. The action is timely, as some of Gabon’s species have already been lost, including both species of sawfish—a large shark-like ray last recorded in Gabon’s waters in the 1990’s.

The diversity of habitat in Gabon’s waters creates the perfect home for a wide range of shark and ray species: from the world’s largest fish—the open ocean whale shark—to the giant manta ray, along with the iconic scalloped hammerhead, whose nursery grounds can be found off Gabon’s shores, and a range of coastal species such as giant guitarfish.

In recent years, we have identified the major threats that these sensitive marine species face, namely fisheries pressure—both in targeted fisheries and through the retention of sharks caught as bycatch. To deliver solutions, we are working closely with the Gabonese Department of National Parks and Fisheries to identify and implement measures to reduce those impacts.

The first new law fully regulates shark and ray catch in Gabon’s fisheries. Special authorization will now be needed to target sharks and rays in fisheries, with a list of the most vulnerable species fully protected.

Additionally, the law mandates that sharks are landed whole and bans the practice of shark finning and all export of shark and ray products from Gabon. Those actions help Gabon to meet its shark and ray obligations with respect to the Convention on the International Trade in Endangered Species of wild fauna and flora (CITES) while helping to prevent the shark fin trade from driving continued fishing pressure.

On top of this regulation of shark and ray fisheries, a second law adds a wide range of sharks and rays to Gabon’s list of protected marine species, which offers two levels of protection.

A range of iconic, imperiled shark and ray species—including manta and mobula rays, whale sharks, all sawfish and angel shark species found in Gabonese waters, and the Critically Endangered African wedgefish—have been offered the strongest protection possible. These species must be immediately released when caught in fisheries, and fishing techniques must be adapted to reduce any bycatch of these species to less than 1% of the total catch. 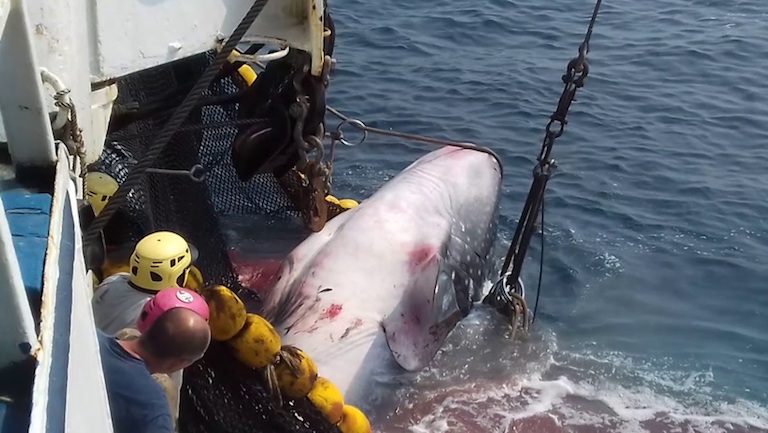 Additionally, partial protection has been offered to many other shark and ray species that cannot be targeted by industrial or artisanal fisheries. This includes all pelagic sharks, which is crucial given recent research highlighting their severe declines. Critically Endangered and Endangered species on this list—such as thresher sharks, oceanic whitetip, scalloped hammerhead, and giant guitarfish—are listed here, but will be fully protected by zero quotas while populations stabilize and recover.

These larger bodied species are often the subject of conservation measures established via international agreements. So in addition to ensuring sound management of these inherently vulnerable species domestically, these new laws will ensure that Gabon meets its shark and ray obligations under CITES, the Convention on Migratory Species (CMS), and the International Commission for the Conservation of Atlantic Tunas (ICCAT).

Finally under these new laws, a range of small-bodied costal species such as milk sharks will still be able to be caught in artisanal fisheries due to their importance for local consumption, but those fisheries will now be subject to monitoring and regulation. We are working with both the government and coastal communities to ensure that these fisheries are sustainably managed given the careful approach needed for any exploitation of sharks and rays.

Moving forward, the government needs support to implement and enforce these new laws, and make any additional changes necessary to properly protect and manage sharks and rays in its waters. There is also potential to scale these measures to neighboring countries in the southern Gulf of Guinea.

These crucial steps come just in time to halt the decline of these important marine species there and around the world, and to make Gabon a global leader on shark and ray conservation.

Luke Warwick directs the Sharks and Rays Program at WCS, Gaspard Abitsi is the Country Director of WCS Gabon, and Godefroy De Bruyne is Project Manager at WCS Gabon.