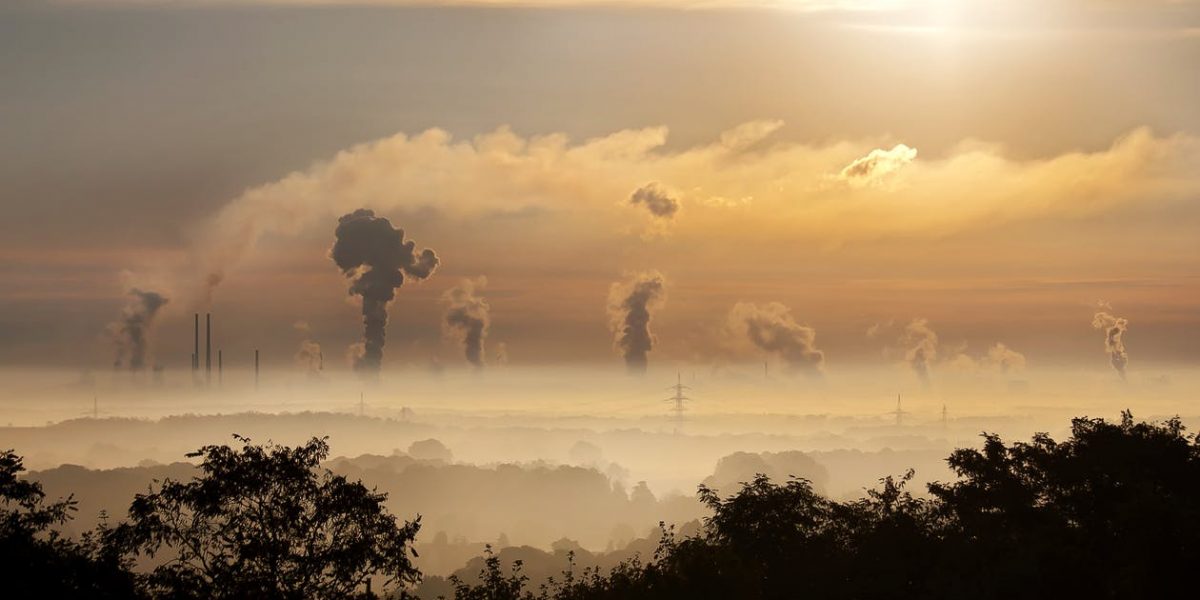 In one of the largest and most spontaneous protests in post-apartheid South Africa, thousands of people gathered on the country’s eastern coastal beaches last Sunday to voice their dissent against an off-shore 3D seismic survey planned by the Anglo-Dutch oil giant Shell.

Many protesters were Indigenous peoples and local communities (IPLCs), for whom the ocean not only provides a source of livelihood, but also carries significant cultural meaning.

“There was one message: The ocean belongs to the people,” said Sinegugu Zukulu, Deputy Chairperson of Sustaining the Wild Coast, in a phone interview. “The government has no right to make decisions without first talking to those who are going to be most affected.”

Zukulu, a member of the Mpondo community, is also the main applicant in one of two interdict applications submitted against the South African Minister of Mineral Resources and Energy, the Minister of Forestry, Fisheries and Environment, Shell, BG International Ltd and Impact Africa, last week.

The court cases aim to challenge the legality of Shell’s exploration.

“Our argument is about the lack of consultation,” said Nonhle Mbuthumba, a local resident and spokesperson of the Amadiba Crisis Committee (ACC), an organization defending the customary rights of Indigenous communities and opposing destructive mining projects. “There was not even one single meeting where people were told about how Shell is going to drill gas and oil.”

The ACC led one of the biggest coastal demonstrations, nearing 1,000 people, at the Mzamba River Mouth last Sunday, an area located in the heart of where oil activities are going to take place.

The survey, planned to be carried out between December 2021 and spring 2022, will consist of explosion-like shockwaves which will be sent through the seabed in intervals of 10 seconds for 24 hours a day.

In a written response to Mongabay, Shell stated that it “has long experience in collecting offshore seismic data and has taken great care to prevent or minimize potential impacts on fish, marine mammals and other wildlife.”

The Department of Mineral Resources and Energy (DMRE) responded to a request by Mongabay in writing, saying that it has noted concerns about the seismic survey. However, it underlined that an independent audit undertaken in 2020 concluded that “the measures contained in the environmental management programme (EMPr) sufficiently provide for the avoidance and mitigation of potential environmental impacts.”

Apart from a study which proved the negative effects of seismic testing on plankton, there is limited scientific data regarding impacts on other ocean species. Scientists suggest, however, that the constant loud noise sent out by the air guns has adverse effects on marine life.

“Most animals under water rely on sound to communicate, mate and avoid predators,” Lorien Pichegru, Acting Director of the Institute for Coastal and Marine Research at Nelson Mandela University in Port Elizabeth, told Mongabay. “A high level of noise will affect them.” Pichegru observed a change in the behavior of penguins as a result of seismic testing in 2013.

In 2016, South Africa’s Kwazulu Natal province counted a record number of 74 big sea animals washed ashore. While no direct link has been made, these numbers have been attributed to a seismic survey which extended into the whale season.

The exploration right in question dates back to a decision made by the DMRE in April 2014 who granted it to Impact Africa, a privately owned exploration company. Shell bought a 50% interest in 2020.

The right was given just before a change in South African Environmental law, which now required an Environmental Authorization (EA) to be submitted alongside any application to renew an existing exploration right.

The first interdict application challenging the right, lodged by local associations and environmental justice organizations, was dismissed in court on December 3. The second, led by Zukulu and other IPLC stakeholders, is set down to be heard on December 17.

“We have rights according the UN Declaration of Indigenous Peoples [UNDRIP], as we still rely on the natural resources of our land,” Zukulu told Mongabay.

The Eastern Cape province is one of the least urbanized regions in the country, with the majority of people living in rural areas. For Zukulu, Shell and the South African government are acting in violation of Indigenous people’s rights to Free, Prior and Informed Consent, as underlined in UNDRIP, as well as their constitutional right to a safe and healthy environment.

“Unlike other coastal stretches in South Africa, Indigenous people have maintained continuous possession of this land despite waves of colonial and apartheid aggression,” Zukulu wrote in his founding affidavit to the court.

Livelihood and spirituality connected to the ocean

The Wild Coast is a section of South Africa’s Eastern Cape province, stretching from the Mtamvuna River in the north to the Great Kei River in the south. For centuries, it has been inhabited by the Indigenous Xhosa people who feel that they are going to bear the brunt of the impacts of the seismic survey and possible future oil and gas extraction.

Residents of the Xhosa kingdoms of Pondoland, Thembuland, Gcalekaland and Rharhabeland strongly reject the government’s plans to allow oil and gas companies to enter their territories. People who rely on collecting marine resources and fishing fear that livelihoods will be lost.

“We have a lot of fishermen whose income depends on the ocean,” said ACC’s Mbuthumba. If the ocean is negatively affected, people are going to lose their jobs. “And we know that when they drill there are no jobs for our people.”

Another applicant in the court case is Ntsindiso Nongcavu, a fisherman from the Scanbeni community, a 30-minute walk from the coast. He makes a living from fishing in the ocean and selling his catch to the markets. He is gravely concerned about Shell’s prospected operations.

“Our fear is that if this continues, our livelihood will be destroyed because no ecosystem can survive in the ocean when there is mining,” Nongcavu told Mongabay in a phone interview.

Community members and activists refer to oil spills from Shell’s extractive activities that occurred elsewhere on the African continent. Nongcavu recalled the history of oil spills in Nigeria occurring since the 1970s, with major leaks in 2008 and 2009, which had devastating impacts on land and water systems. According to Amnesty International, Shell and ENI are responsible for more than 3,000 leaks.

According to research by the UN, decades of oil exploration in the Niger Delta have caused environmental damage, affecting tens of thousands of people in the area. Contamination of drinking water and soil have caused health problems among IPLC communities.

“Shell Petroleum Development Company’s own procedures have not been applied, creating public health and safety issues,” states the report. As some of the spills affect swamplands and sacred forests, the clean-up process will require innovative technology and a combination of approaches and is estimated to take 25 to 30 years.

The stories from Nigeria reinforce the arguments against what mining-affected communities in South Africa call “imposed development.” The Xhosa people attribute significant meaning to water which is used as a place of healing and medicine.

As such, oil and gas extraction may not only affect the integrity of the marine ecosystems, but may damage the Xhosa people’s cultural sites and disturb their traditional systems.

“Our ancestors reside in the ocean,” explained ACC’s Nonhle Mbuthumba. In their culture, traditional healers called Sangomas, perform their rituals in the ocean to connect with the ancestors, who are regarded as guides, mentors and protectors. Any blasting or drilling activity in the ocean would disturb these rituals.

“They [Shell] might think that the ocean can’t fight for itself. But it can: the sea rises, and when it does it will affect the people on the ground,” said Mbuthuma. “We are very connected to nature.”

Climate change can already be felt in the Eastern Cape province, with Indigenous communities most affected. Unpredictable rainfall, increased floods rotting crops and the spread of alien invasive species and increased droughts have been recorded over the past years. The province is projected to experience more extreme weather in the years to come.

South Africa is currently the world’s 13th largest emitter of greenhouse gases due to its heavy reliance on coal. The government’s support for the oil and gas sector implemented through the 2013 launched Operation Phakisa, is seen as being in stark contrast to its commitments as a signatory of the Paris Agreement to cut emissions and participation at climate summits, according to climate activists.

At the U.N. COP26 climate summit in November, the EU and a coalition of Western countries pledged a total of $8.5 billion over the next 5 years to mobilize South Africa’s decarbonization efforts.

South Africa’s President Cyril Ramaphosa welcomed the commitment and recognized “the importance of a just transition to a low carbon, climate resilient society that promotes employment and livelihoods.”

In a media briefing on Thursday, Minister of Minerals Resources and Energy, Gwede Mantashe, slammed oil and gas critics, stating that “we consider the objections to these developments as apartheid and colonialism of a special type, masqueraded as a great interest for environmental protection.”

“Here we are, a few weeks later [after COP26], and South Africa is [still] in partnership with Shell exploring for oil,” said Zukulu. He is ready to take the legal fight to the Constitutional Court if his case is dismissed.

Further protest actions against Shell are planned for the weekend and coming weeks.