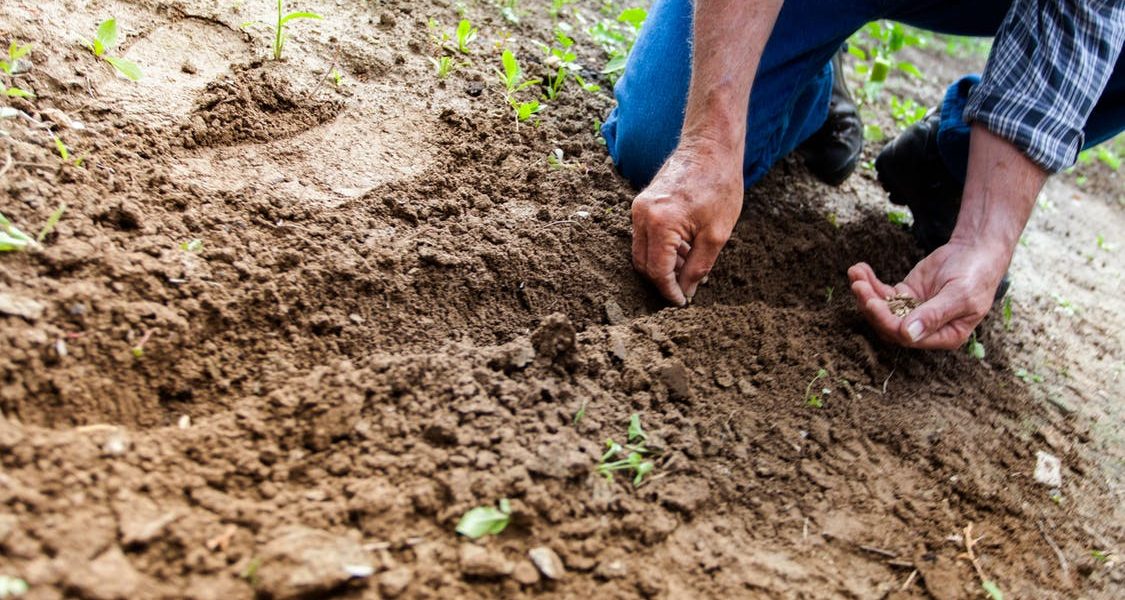 Humanity has developed incredible technologies and processes to produce enough food on the planet to feed the entire population. From the Green Revolution to the digitalization of agriculture, the technologies developed have aimed to boost food production across the globe.

Yet, the release of the 2021 “State of Food Security and Nutrition in the World” report highlighted a series of important challenges related to the achievement of zero hunger worldwide, also one of the United Nations’ Sustainable Development Goals.

Over the past four years, food insecurity has been growing instead of decreasing, and the number of those hungry has gone up. Food waste continues to be an unresolved matter with an estimated 931 million metric tons of food thrown away in 2019, according to the latest U.N. report on the matter.

More importantly, even though technology has enabled humanity to come up with intensive monocropping systems that result in large food produce, there is a major unresolved matter in front of us.

Climate change is displacing millions of people across the globe, pushing people into situations of vulnerability and food insecurity.

Even though more research is needed, practitioners are realizing that while we are pulling millions of people out of poverty and hunger, millions of others are being pushed by climate change into vulnerability and food insecurity.

The U.N. climate summit in Glasgow last year, known as COP26, put the accent on how current food systems are some of the largest emitters of greenhouse gases and contributors to climate change and biodiversity loss, ecosystem destruction, and pollution of air, lands and waters.

The current agricultural and food systems are left unaccountable for the environmental impacts caused when forests are logged down for intensive monocropping systems for biofuel, animal feed and human food. Often, private profits mask the public losses and negative impacts of these systems that are borne collectively by humanity.

In September last year, countries, experts, policymakers and different stakeholders gathered at the U.N. Food Systems Summit with the goal of trying to transform current food systems and make them sustainable and resilient.

It was at this summit when scientists at the conference recognized for the first time Indigenous peoples’ food systems as “game-changers” due to their sustainability and the valuable lessons that they provide to the rest of the world.

From the Arctic to the Amazon, from the Himalayas to the Sahel, Indigenous peoples and their food and knowledge systems have been generating hundreds of diverse, nutritious foods for millennia, while protecting 80% of the remaining biodiversity in their territories.

The Food and Agriculture Organization (FAO) and Indigenous peoples’ organizations have been profiling Indigenous food systems to gather evidence about these “game-changing” attributes and how they can help feed those food insecure while ensuring the well-being of Mother Earth.

How has this balance of generating food while protecting biodiversity been achieved? The answer is related to sophisticated systems of knowledge and territorial management that follow the natural cycles of Mother Earth, ensuring food generation and livelihoods, while preserving natural resources for the upcoming generations.

Compiled in an award-winning publication by the FAO, the Alliance of Bioversity International and CIAT, this insight shows the dynamism and adaptability of these food and knowledge systems.

It displays the relevance of both food-generation practices such as hunting, gathering, fishing, and shifting cultivation, as well as the importance of food production through farming, livestock rearing and aquaculture.

The Baka, the Inari Sámi, the Khasi, Bhotia and Anwal peoples, the Melanesians, the Kel Tamasheq, the Maya Ch’orti’, and the Tikuna, Cocama and Yagua peoples shared evidence about how their food and knowledge systems developed over time thanks to sophisticated territorial management practices capable of protecting biodiversity while getting resources that they need from their environment.

Overall, evidence collected showed that Indigenous peoples can be fundamental actors in the transformation of global food systems toward sustainability and resilience.

There are an estimated 476 million Indigenous people on the planet, living in more than 90 countries in seven sociocultural regions of the world. They are among the most culturally diverse and rich societies on Earth, maintaining more than 4,000 languages that inform their history, culture, cosmogony, and traditional knowledge.

Despite their differences, Indigenous peoples share a common way of relating to the environment and nature based on respect and veneration for nature, i.e. recognizing biocentrism.

However, an underlying contradiction documented in the book is the fact that even though Indigenous food systems have been enhancing biodiversity, today many of these systems risk disappearing.

Several drivers, including climate change, deforestation, extraction of natural resources, denial of their rights — including tenure rights — and displacement, are putting Indigenous peoples in front of tremendous pressure.

Global efforts to create natural protected areas seldom consider the role that Indigenous peoples, their knowledge and food systems have had in protecting biodiversity. Instead, they place further negative pressure on Indigenous peoples that often results in displacement.

The FAO, through its Indigenous Peoples Unit, has embarked on a series of complementary initiatives to help preserve Indigenous peoples’ food systems.

The White/Wiphala paper and the food systems report were fundamental in providing evidence for the Indigenous leaders participating at the U.N. Food Systems Pre-Summit that influenced the creation of a Coalition on Indigenous Peoples’ Food Systems in September 2021.

Supported by Indigenous organizations and the governments of Canada, the Dominican Republic, Finland, Mexico, New Zealand, Norway and Spain, the coalition provides an opportunity to work together to strengthen Indigenous peoples’ food systems, advance in recognizing their rights, and foster intercultural co-creation of knowledge and meaningful participation of Indigenous peoples in policymaking.

The coalition is a collective space of work that brings together countries, Indigenous organizations, and U.N. agencies to work together on food systems. The FAO, though the Indigenous Peoples Unit, will support the secretariat work of this coalition while providing technical support through the Global-Hub.

Humanity is becoming more aware of the unsustainable and destructive traits of our current global food systems, and scientists and policymakers are beginning to understand that we must find alternative solutions.

Indigenous leaders and Indigenous scientists have reiterated the need to respect, recognize, and acknowledge their food and knowledge systems. It is important we listen to them.

“Our life depends on nature, and we contribute to nature through nurturing,” says Gam Shimray, secretary-general of the Asia Indigenous Peoples Pact, in the opening phrase of the White/ Wiphala paper. Indigenous food systems can provide a paradigm shift in the way we look at nature and agricultural systems.

Today, Indigenous food systems are disappearing at an alarming rate, pushed by the very agricultural systems humanity is desperately trying to make sustainable and resilient.

We should now listen as the time has arrived for collective intercultural efforts to co-create more sustainable and balanced food systems that benefits from Indigenous knowledge holders.