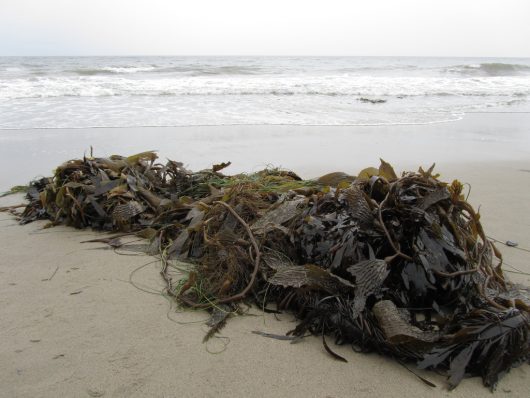 Food insecurity can never be completely eradicated until natural resources are optimally utilised and included in the diets of most people, according to WSU Centre for Learning and Teaching Development senior institutional research associate, Dr Thozama Mandindi.

Mandindi said that although it was good news that the rankings of South Africa’s food security showed improvement, there should be some assistance offered to other countries that are food insecure.

“The study revealed that there’s no week that passes without the participants consuming seafood. This would be both seaweed and microalgae or some kind of fish from crayfish, crabs, shellfish or hake, these were ranked the most consumed in those areas sampled in the study,” said Mandindi.

Coming from a home where both her parents were teachers, Mandindi said she grew up as an inquisitive person which led to her being interested in research.

Mandindi’s research study has not yet been published, but she plans to publish a book that she is currently compiling based on the value of indigenous edible foods to contribute to the food security discourse.

“Some communities live in famine, malnourishment and are overcome by affluence-diseases due to abandoning food that was part of their livelihood from time in memorial, food with more health benefits which are purported in the food pyramid, namely whole-grain and nuts, unprocessed vegetables and fruits, with unsaturated oils, less salt and sugar. Therefore, food security discourse should be around cultivating indigenous food in both rural and urban areas to ensure continued supply,” said Mandindi.

Dr Mandindi hopes to successfully assist children from rural areas who lack self-confidence and who might not be adequately prepared for higher education.

“It is applaudable that the rankings of South Africa’s food security show improvement, to number one on the African continent and three places to 44th out of 113 world countries. This does not make me satisfied and relax while our neighbouring countries live in famine, we as South Africans need to spread our wings to see where we can assist in food insecure areas,” she concluded.

Amongst the number of qualifications backing her, is a Senior Secondary Teacher’s Diploma, a bachelor’s and Master’s degree in Nutrition and Food Technology.