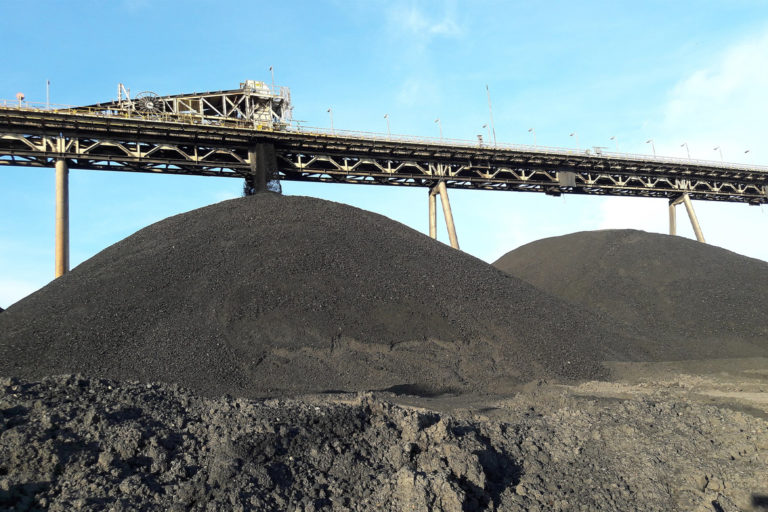 Recovering Together, Recovering Stronger. Indonesia adopted this tagline when it took over the rotating chair of the club of the world’s 20 largest advanced and emerging economies, the Group of 20. After meeting in Rome on Oct. 30-31, the next G20 annual summit will be in Bali in October/November 2022.

At the Group of 20 Summit in Rome, U.K. Prime Minister Boris Johnson implored Jokowi to accelerate Indonesia’s net zero emissions (NZE) target from 2060 to 2050 like in many other nations.

Jokowi related this conversation at a post-Rome event Nov. 22. The occasion was the opening of the 10th conference and exhibition on new and renewable energy and energy conservation (EBTKE) organized by the Renewable Energy Society of Indonesia, known as METI.

Before energy researchers, officials, and business leaders, Jokowi said he had explained to Johnson and other world leaders Indonesia’s problem and possible solution with coal. Coal is the prime reason Indonesia cannot speed up its NZE target to 2050.

Coal is the major fossil fuel that drives Indonesia’s economy.

The nation’s power sector is dominated by fossil fuels (82%), with coal accounting for the highest share (63%) in electricity generation in 2020, according to the Indonesia Climate Transparency Report 2021 of the Institute for Essential Services Reform (IESR), a Jakarta-based think tank on energy issues.

Indonesia’s nationally determined 2060 NZE target has to do with contracts to build coal-fired power plants that have already been signed, Jokowi clarified.

A fact to note is that at COP26, the United Nations’ annual climate conference in Glasgow last Oct. 31-Nov. 13, Indonesia took a meaningful measure on energy transition from coal.

On Nov. 3, Indonesia, the Philippines and the Asian Development Bank announced an energy transition mechanism (ETM) partnership. ADB provides funding for the accelerated early retirement of coal-fired power plants and replacement with clean power capacity. Some 9,000 megawatts of coal-fired plants could be retired in the next 10 to 15 years.

Owners of the retired plants would receive compensation and use that money to invest in new energy plants, IESR executive director Fabby Tumiwa explained.

At the METI conference, the president said Indonesia has 418,000 MW of renewable energy resources in solar, wind, hydro, geothermal power as well as underwater currents.

However, renewable energy-based power plants are costlier than coal-fired power plants to install. The question is how to find the financing for the cost gap. Jokowi called on the conference participants for detailed schemes on how that gap can be paid for.

As one solution to decrease, if not end, coal use, Jokowi stated Indonesia has 4,400 big and medium rivers that have abundant hydropower. As a tryout, he ordered the hydropower harnessing of two rivers, the 567-kilometer (352-mile) Kayan in North Kalimantan province in Borneo that flows into the Sulawesi Sea, and the 1,102-km (685-mi) Mamberamo in Papua that empties into the Pacific.

KIPI will be a 30,000-hectare (74,000-acre) green industrial park to operate in 2024 with clean technology to meet global demand for environment-friendly products. Driven by hydropower and solar panels, the park will have an aluminum smelter and plants manufacturing finished and semi-finished goods in petrochemicals, electronic alumine, steel, industrial silicon and new-energy batteries.

Big foreign investors are from the United Arab Emirates and China. A major Indonesian player is Garibaldi Thohir, owner of coal producer Adaro Energy and consortium chair of Indonesian firms in the industrial park.

What Jokowi did not say in his METI speech was the significant environmental handicap in harnessing river power.

The undisclosed fact is that most of Indonesia’s rivers are defiled.

The Ministry of Environment and Forestry said in July 2021 that 59% of Indonesia’s rivers are heavily polluted to the point that they no longer support living organisms. Only 8.9% of the country’s rivers have a light pollution level that allows for plants and living creatures to endure.

The Citarum in West Java province that flows into the Java Sea, for instance, is greatly contaminated by hazardous waste containing toxic phosphate and mercury from factories along its banks. Rivers that run through populated areas are also blighted by plastics, detergents, and human waste bearing Escherichia coli (E. coli) bacteria.

Rivers can be a reliable power source if their watersheds conform to conservation, according to environment campaigner Dwi Sawung of the Indonesian Forum for the Environment, known by its Indonesian acronym Walhi, a national environmental campaign group.

“If watershed conservation is bad, reliability is low, maintenance would be costly and the hydropower plant would have a short lifespan,” Dwi, manager for infrastructure and spatial issues, said. “Discharged water can’t be relied on and sedimentation can upset operational duration. If watershed conservation is good, it will have good reliability.”

Indonesia hosts the next G20 summit in Bali. It appears Jokowi wants to showcase the country’s river power as one major means in energy transition. However, the president should act as the water-manager-in-chief and free the rivers of their environmentally damaging content.

Jokowi’s Glasgow speech may have been unimpressive as it did not announce any new, ambitious plan in climate mitigation to enhance Indonesia’s emissions reduction effort.

Indonesia’s nationally determined contribution remains as what he submitted at the 2015 COP21 in Paris: a 29% emissions reduction target by 2030 and 41% with international cooperation.

However, his call to renewable energy practitioners at the METI conference to draft schemes that work, harnessing river power as an example, and replacing coal with an operational ETM partnership, may bring Indonesia’s NZE target closer to 2050.

Indonesia’s G20 signature call should also apply to the country’s river system. May the rivers recover together and recover stronger.