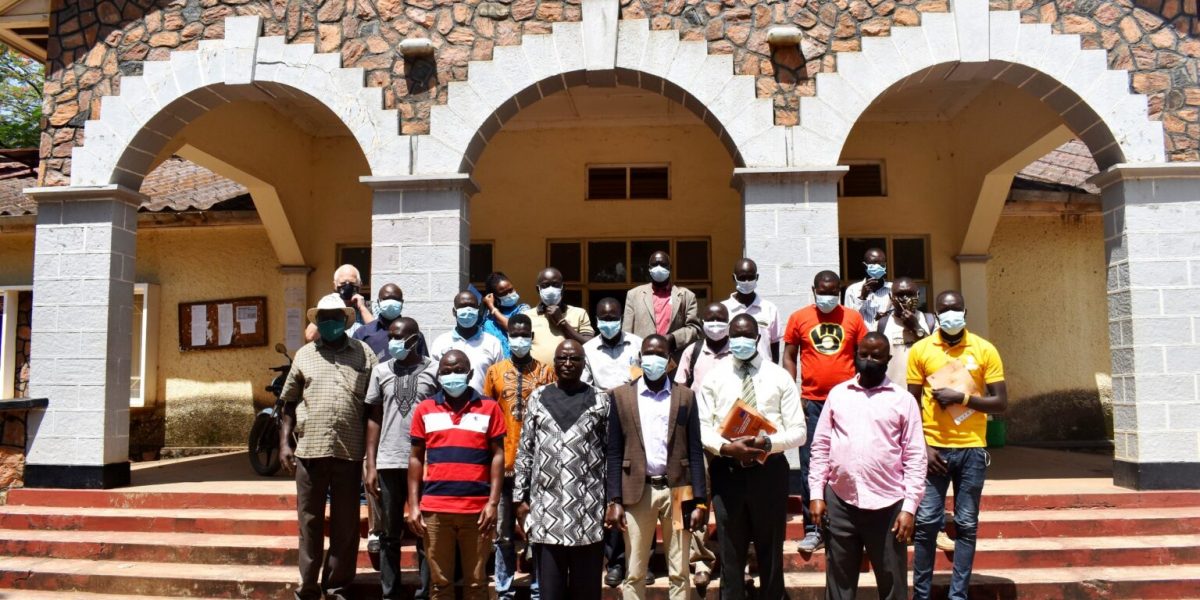 Makerere University has received the blessing and support of community and administrative leaders to implement the five-year Drylands Transform project in Moroto district. This was during the project inception workshop held in the Planning Unit boardroom at the Moroto District headquarters on 21st October 2021. The inception workshop was held to kick start the project.

The meeting brought together over 20 participants comprising mainly the district technical, administrative staff, both political and those in the civil service. The meeting was also attended by representatives of different projects operating in Moroto including Welthungerhilfe project, GIZ and Karamoja Agropastoral Development Program that mainly focus on Livelihoods, food security and hunger. 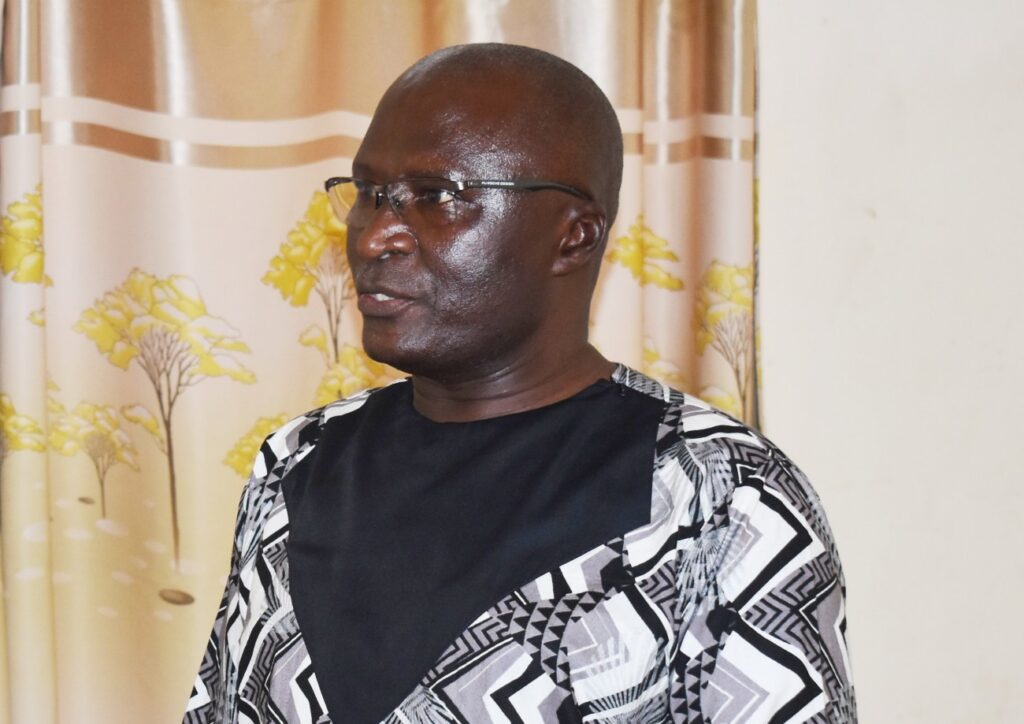 The Swedish University of Agricultural Sciences is leading a multidisciplinary team of researchers from Umea University, Gothenburg University, University of Nairobi, Makerere University, World Agroforestry (ICRAF) and the Intergovernmental Authority on Development (IGAD). The project: “Achieving the SDGs in East African drylands: Pathways and challenges towards  a transformation of landscapes, livestock and livelihoods in the East African drylands (Drylands Transform)”, will be implemented in the greater Karamoja cluster of Uganda and Kenya.

Funded by the Swedish Research Council for Sustainable Development, Formas, within their call for “Realising the global Sustainable Development Goals”, the Drylands Transform project investigates the link between land health, livestock-based livelihoods, human wellbeing, land management and governance. It is aimed at contributing new knowledge for transformative change and sustainable development of rangelands in the drylands of East Africa. 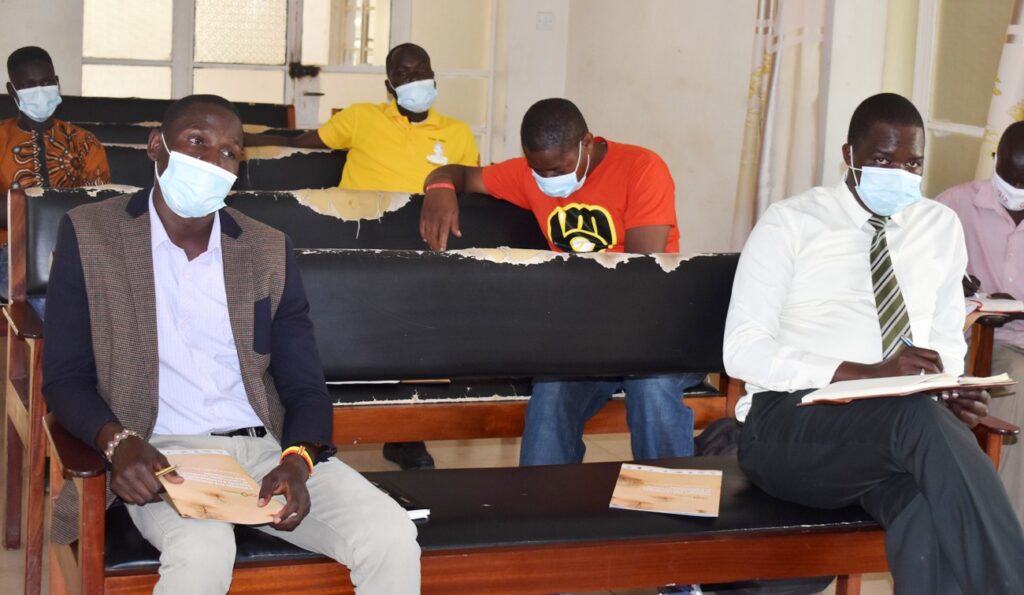 The Principal Investigator at Makerere University Prof. Denis Mpairwe said the function was to bring the stakeholders who are mainly the district officials without whom, the project can never succeed.

Prof. Mpairwe said, the leaders must be able to internalize the project, own it and then work with the research team.

“So here we were seeking three main things; one permission to work within the district. Two, the district technical team headed by the Chief Administrative Officer (CAO) to participate in the project inception workshop and we are happy that the CAO was instrumental in inviting the whole district team that turned up and we have got the blessings of working with the team and the support. 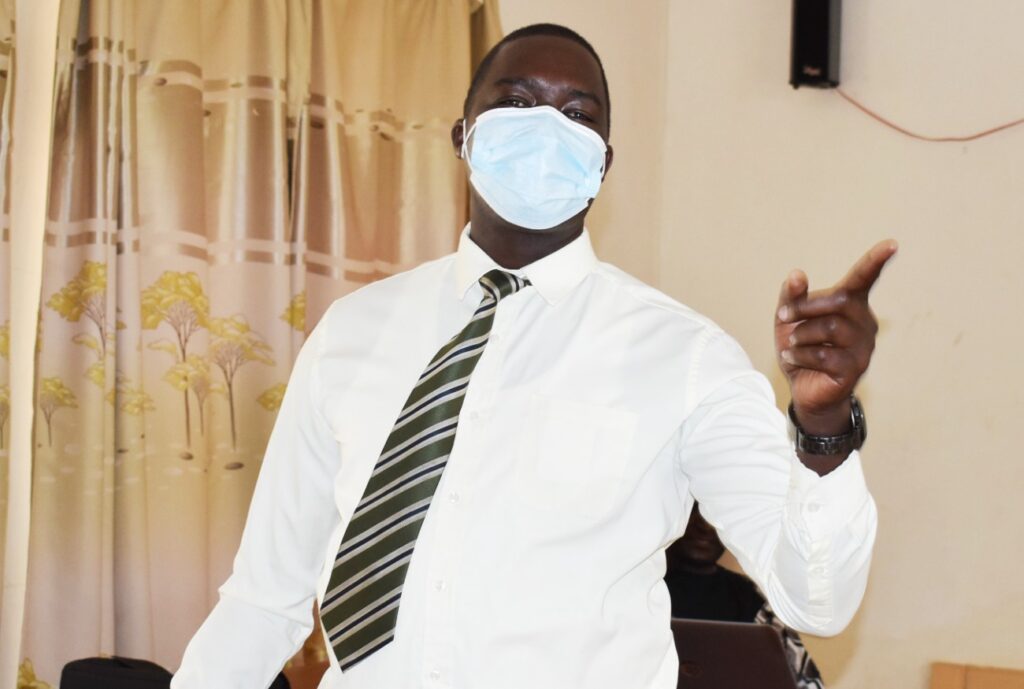 In his welcome remarks, the representative of the CAO who is also the Principal Assistant Secretary Mr. Eko Edward said, the district was pleased with the new initiative describing the project as the new baby.

“For many years, we have not been able to receive partners with a direct linkage to academia. So, by Makerere University focusing on issues of knowledge transfer in Moroto is something new. But also working in areas which affect our communities most that is, rangelands, land issues, bringing new technologies to transform the pastoralists way of life is something we want to appreciate. 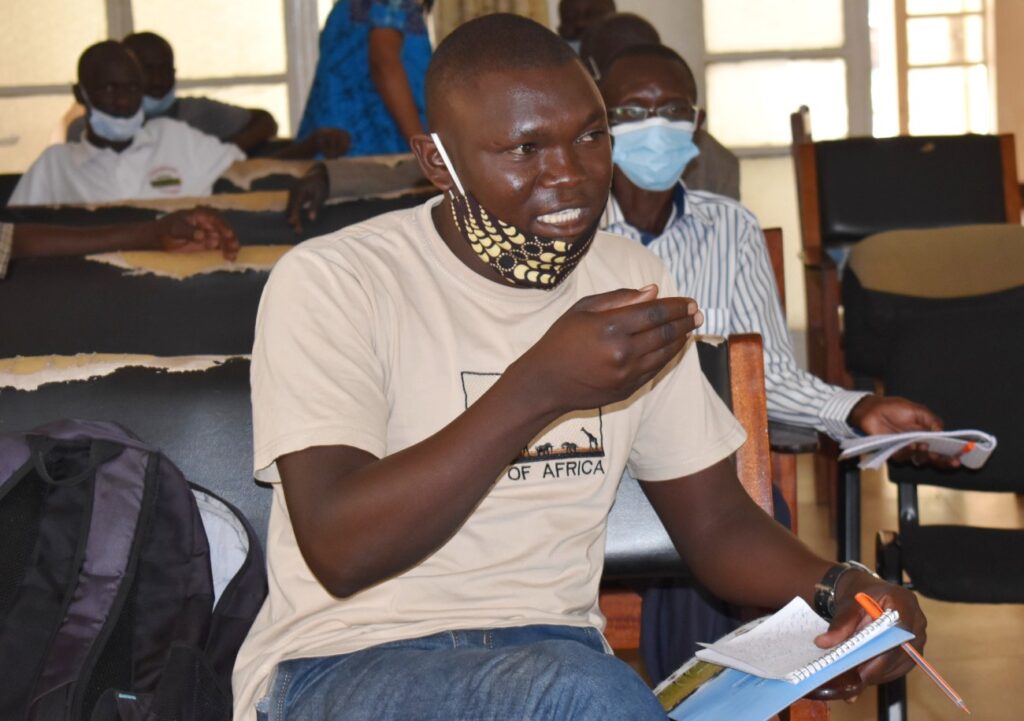 As a district, it is our opportunity now to work together with the new project. We want to call upon all the leadership to provide land to demonstrate this new knowledge. We want to call on the communities to learn from this new initiative, what has worked elsewhere, in case of exchange learning visits, to participate, appreciate and come and adopt”, The CAO said

Mr. Eko called upon the technical team, especially the Production and Natural Resources Department to work closely with the new project to ensure that there is some learning done to change to the new normal. 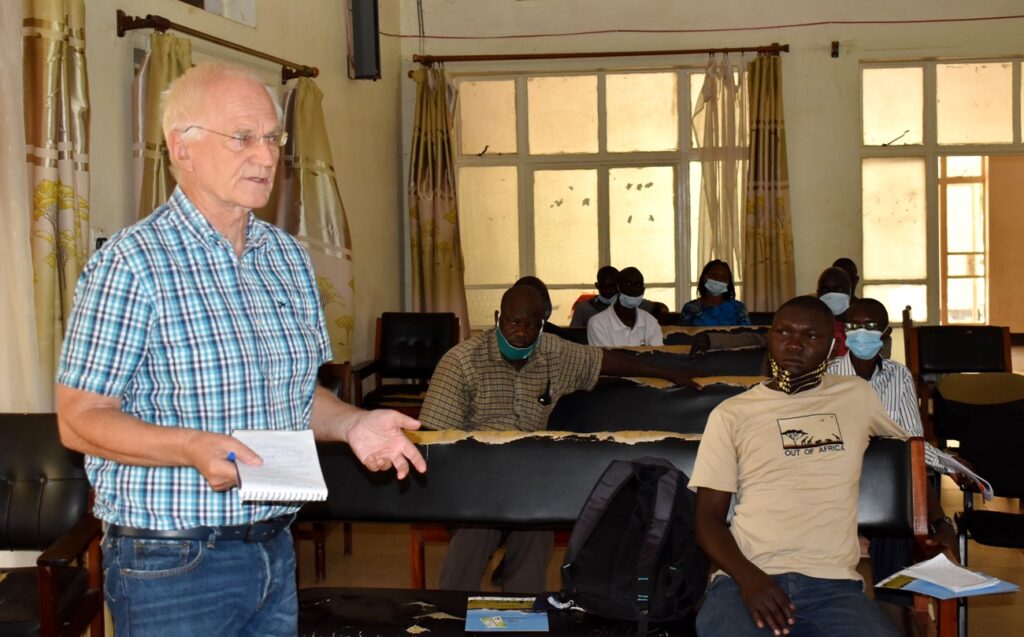 The CAO reported that Moroto district is blessed with a number of partners who have been able to work with communities on issues of rangelands and livelihoods calling on them to work with the new project to leverage on successes of those projects for the district to get the best out of these interventions.

As a district the CAO said, they want to see the impact, adding that Moroto District is well known for good governance and transparency, accountability and value for money.

He urged university researchers to work with existing structures and ensure that people from the community benefit from the available graduate scholarships on the project. 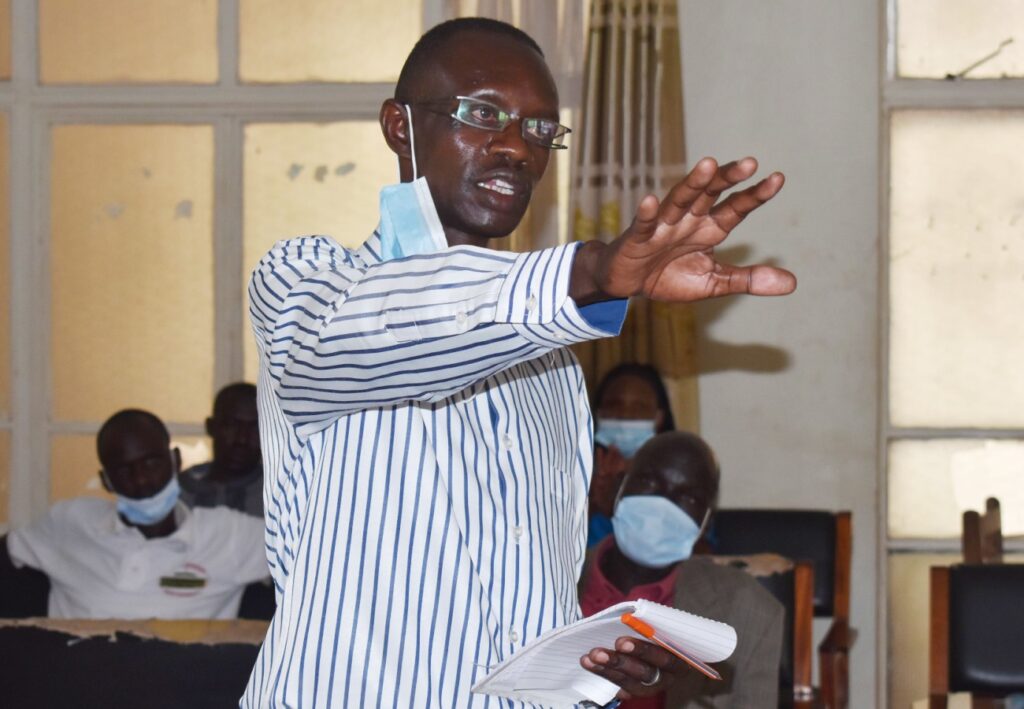 “We have a few who have got support to read up to master’s level and others would wish to benefit through the PhD program. Please ensure that we benefit from that because it is only through that that we can have a sustained project over the years” He submitted.

“We are saying that we want our people to settle down not this business of going to look for water and grass and that is why we appreciate your intervention. We want to ensure that our people begin constructing long term settlements so that they are able to keep their animals there, cultivate and settle. 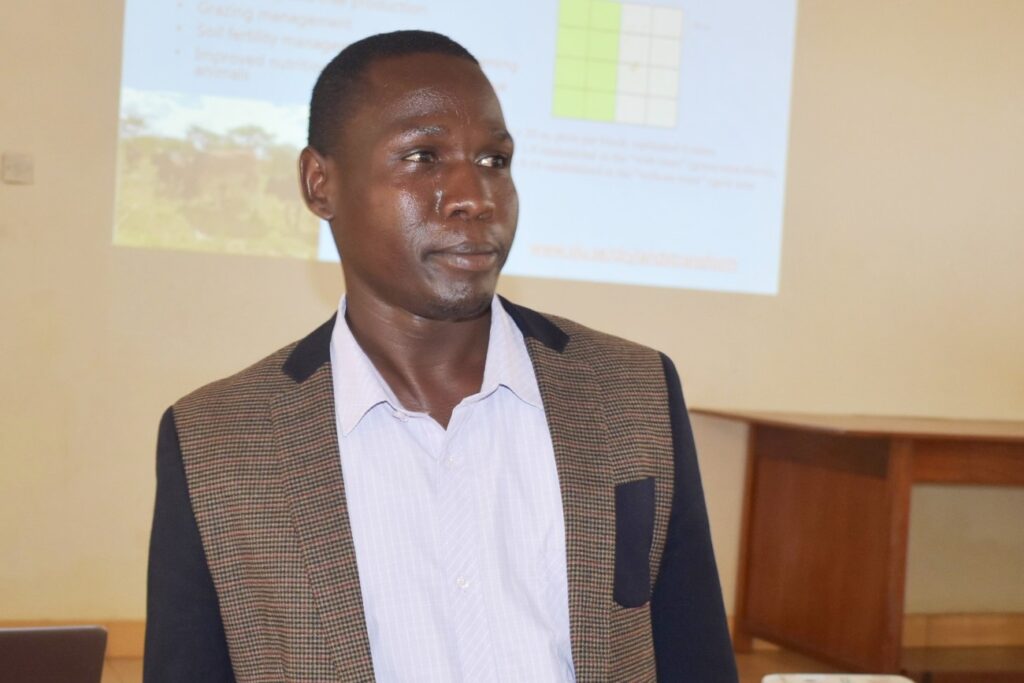 For a very long time, our people do not know how to control ticks that is why you hear about bush burning. We need to teach our people through this initiative to see alternative way of controlling the ticks”, Mr. Achia submitted.

Mr. Achia thanked the research team for the initiative and other partners working in the district and assured them of the district’s support.

Representing the Resident District Commissioner (RDC), Mr. Ssenoga William who is also the District Internal Security Officer (DISO) urged the communities and district technical team to take on the project, disseminate it and support its implementation. He also implored the district environmental office and Department of Production and Natural Resources to be at the forefront of the initiative. 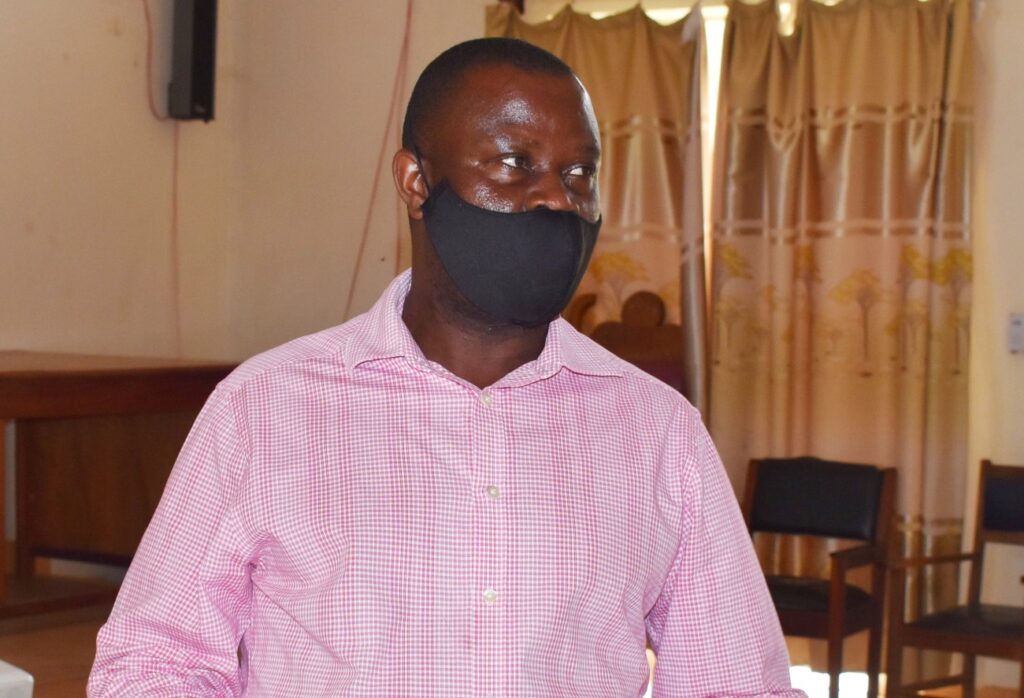 “As security, in case you are in need of us, communicate to us formally and we shall give you our uniformed officers to ensure you move and carry out the project activities safely. We shall require a formal communication for the district security committee to confirm that,” The DISO stated.

About the Drylands Transform Project 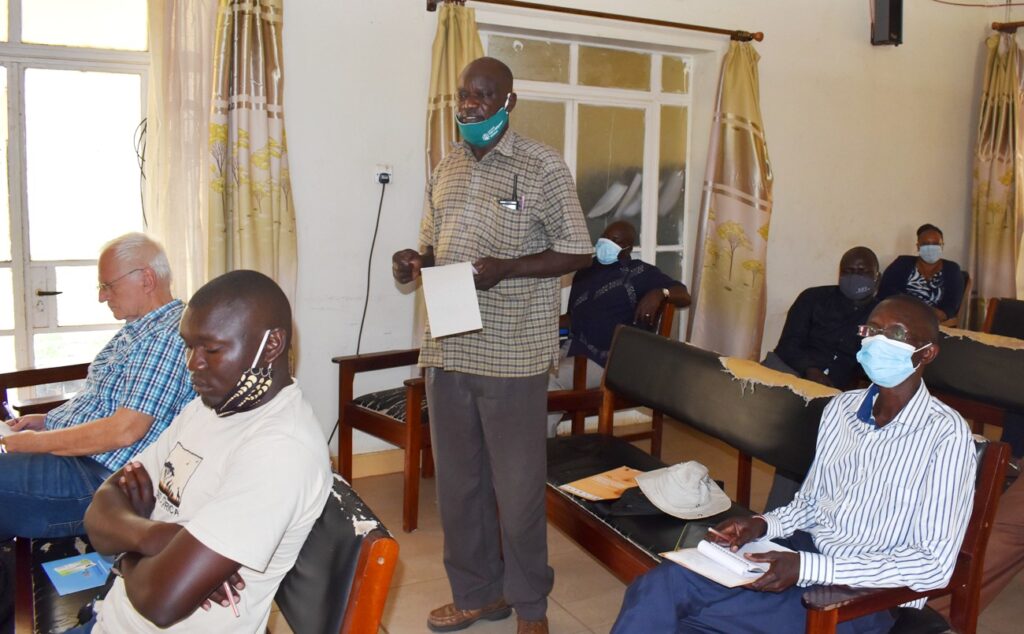 This area, the PI said, has a challenge of dry conditions, unreliable rainfall and of recent, it has been faced by the problem of degradation of the rangelands arising from misuse of land which was originally for pastoralism.

Prof. Mpairwe reported that this project was set to address the Sustainable Development Goals (SDGs) mainly to do with hunger, peoples livelihoods both nutrition and incomes, and for the pastoralists, the project is taking  the approach of caretaking of livestock since it is the main economic activity of the rangelands.

“This project will be addressing four main things. We want to work with the communities to understand the challenges facing the pastoral communities both the agro-pastoralists and pure pastoralists in the changing climate. Of recent the rainfall patterns have changed drastically in the amounts received and unpredictable onsets.

The second challenge the project is trying to address is that; land use changes have taken place – formerly used for pastoralism but now being used for agriculture, mining, gazetted for wildlife and forestry, all impacting on biomass that used to be fed to animals”, Prof. Mpairwe explained.

The third project focus according to the PI is to look at stakeholder engagement mainly with local governments, the community, Central Governments Uganda and Kenya so as to craft solutions applicable to the people through various platforms of communication and discussion of issues affecting the pastoralists in the greater Karamoja cluster.

“Lastly, we want to use livestock cafes with all technologies in one place as one of the farmer field schools for pastoralists to learn the use of pasture improvement, teach them how to do over sowing, reseeding in bare areas so that they can learn and apply it on their own. The use of feeding strategies like hay, crop residues, improved pasture, use of trees as fodder and fruit trees for people will all be tackled”, said Prof. Mpairwe.

He concluded that the overall objective is improved livelihoods of the people, improved nutrition by increasing animal productivity, having enough feeds for animals, improved household income by having milk and animals which are finished for sale as well as getting some people involved in selling hay and crop residues.