Mauritius One Year After Oil Disaster 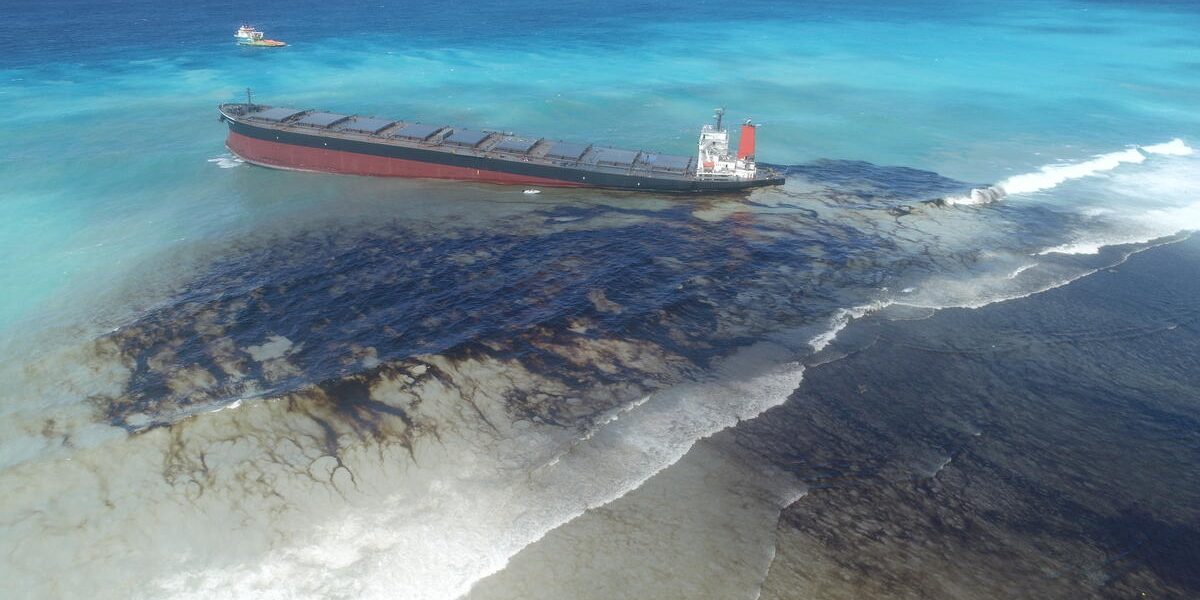 A year on, questions surrounding a massive oil spill from a bulk carrier near the island nation’s shores remain.

At 1am on July 25, 2020, in Tokyo, Junichiro Ikeda, then-CEO of shipping company Mitsui OSK Lines (MOL), was most likely already in bed. At the same time in London, Bernard Looney, CEO of British Petroleum (BP), was probably enjoying a most pleasant weekend. Both probably had a rather routine day, in many ways a forgettable one.

However, for the 1.2 million inhabitants of Mauritius, it did not turn out quite the same way. On a somewhat cloudy evening, the island nation was struck by the worst environmental disaster in its history.

The Wakashio, one of the world’s largest capesize bulk carriers, was making its way from China to Brazil, passing through the Indian Ocean. As it was approaching the southern coast of Mauritius, it ran aground onto a coral reef. A few days later, the giant vessel, operated by MOL, began leaking its fuel, supplied by BP, into a pristine lagoon within the maritime borders of the East African country.

As the ship slowly broke apart in the middle of August, Mauritius’s waters and shorelines became drenched in almost 1,000 tonnes of toxic fuel, destroying the livelihood of countless fishermen and tourism workers. Thousands risked their health as they fought the oil spill often with their own bare hands and built protective booms made from their own hair.

Against the advice of environmental organisations, the Mauritian government rushed to sink the front part of the Wakashio into a whale nursing ground. We may never know whether this action contributed to the death of more than 50 whales and dolphins whose carcasses washed ashore in the following months, since no information about the circumstances of their death has been disclosed publicly. At least three crew members of a tugboat lost their lives, while attempting to remove as much of the oil as they could.

Sadly, the government of Mauritius chose to shield the corporations and to withhold vital information from the public. One year later, there has been no transparency about the exact kind of oil that was leaked or why the front section of the ship was sunk instead of being towed away and recycled.

There has been no disclosure of the necropsies conducted on the whale and dolphin carcasses. There has been no assessment of the ecological damage. Information about compensation from MOL has not been publicised and the risk of further mini-spills and damages remain for as long as the dismantling of the vessel drags on. Much of the affected area remains inaccessible to scientists, NGOs and the media.

After the disaster, Mr Ikeda of MOL rushed to apologise and pledged that the Wakashio incident must never be allowed to happen again. But the sad truth is that since the Wakashio ran aground many other shipping and oil-related “incidents” have continued to happen, from Venezuela through Sri Lanka to Israel. Other disasters are looming as we write these lines, such as the threat posed by the FSO Safer oil tanker, rusting away on Yemen’s Red Sea coast.

These are dismal examples of the dysfunctions of the shipping and fossil fuel industries and the failure of world governments to regulate them.

As uncomfortable as it is to acknowledge, there is no safe way to extract or to burn oil and there is no safe way of transporting it either. The industry knows it, but does not feel the need to change, even in the midst of the triple crisis of climate change, biodiversity decline and pollution.

The global ocean shipping industry is responsible for transporting 90 percent of goods and is projected to account for 17 percent of global emissions by 2050, while excluding itself from the Paris Agreement. Yet world governments and the International Maritime Organisation (IMO) continue to allow it to operate with impunity, ignoring calls for tighter regulation and resisting any path to decarbonisation.

In the past year, BP has seen profits drop and bounce back up, mostly due to the impact of the COVID-19 pandemic on the global economy, while MOL has maintained its status as Japan’s second-largest shipowner. While BP and MOL have quickly moved on from what happened on July 25, many Mauritians continue to live with the toxic consequences of the disaster.

It is vital that the rest of us do not simply move on either; the world cannot afford to forget this tragedy. If we do, world leaders and the IMO will continue to act with complacency, without challenging the business model of giants like BP and MOL.

However, such disasters can become a green turning point. Earlier this year, the Mauritius government took steps to request from the IMO the designation of its territorial waters as a “particularly sensitive sea area”, as proposed by Greenpeace. This designation would ensure that ships transiting the region would avoid passing through Mauritius’s waters.

Even more encouragingly, young Mauritians are now organising to protect their island’s wetlands, trees, and mangroves. They march in the streets of Port Louis and join organisations for change. More and more African youth are rising to resist the reckless postcolonial capitalist destruction of their countries in the face of a potentially catastrophic climate crisis. Only by supporting them in the fight for real solutions may the memory of the July 25 disaster be honoured.

This article has been republished from Greenpeace.org

Spotlight On Circularity In Africa