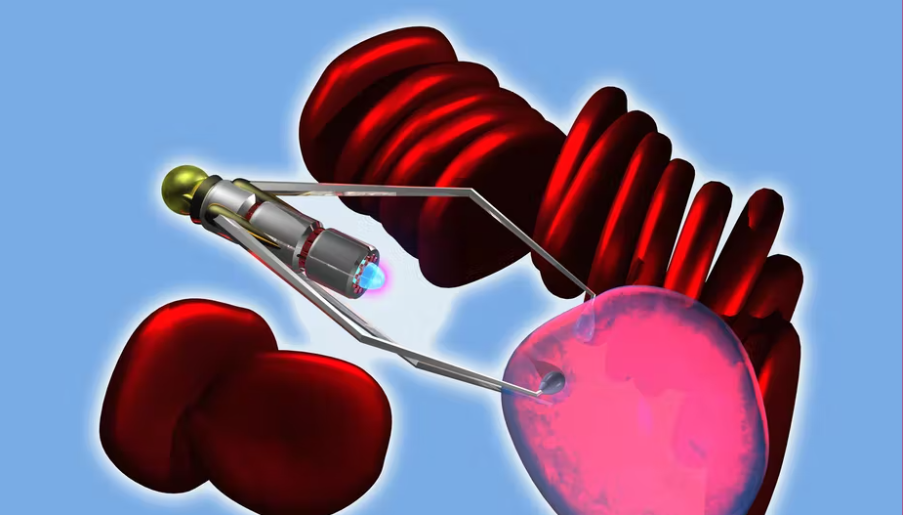 Nanotechnology is one of the engines of the fourth industrial revolution. The global market of nanotechnology-enabled products stood at approximately US$1.6 trillion in 2014. In one estimate, the industry could generate 6 million jobs and account for 10% of global GDP by 2030.

Nanotechnology creates, uses and studies materials at nanoscale – one nanometre is a billionth of a metre. Some of these materials occur in nature. DNA, proteins and viruses are examples. Others can be created by slicing larger molecules into smaller ones or by building up atoms into nanoparticles.

The field of nanotechnology has blossomed to encompass physics, chemistry, engineering, materials and biological sciences. It has applications in agriculture, industry, medicine, the environment and consumer products.

The big players in nanotechnology investments are the US, Japan, the EU and South Korea. Along with China, they accounted for 72.12% of the nanotech patents in the US patent and trademark office in 2016. Brazil, Russia and India are also very active.

In contrast, Nigeria’s nanotechnology journey, which started with a national initiative in 2006, has been slow. It has been dogged by uncertainties, poor funding and lack of proper coordination. Still, scientists in Nigeria have continued to place the country on the map through publications.

In addition, research clusters at the University of Nigeria, Nsukka, Ladoke Akintola University of Technology and others have organised conferences. Our research group also founded an open access journal, Nano Plus: Science and Technology of Nanomaterials.

To get an idea of how well Nigeria was performing in nanotechnology research and development, we turned to SCOPUS, an academic database.

Our analysis shows that research in nanotechnology takes place in 71 Nigerian institutions in collaboration with 58 countries. South Africa, Malaysia, India, the US and China are the main collaborators. Nigeria ranked fourth in research articles published from 2010 to 2020 after Egypt, South Africa and Tunisia.

The figures show steady growth in Nigeria’s publications. But the performance is low in view of the fact that the country has the most universities in Africa.

There is no nanotechnology patent of Nigerian origin in the US patents office. Standards don’t exist for nano-based products. South Africa had 23 patents in five years, from 2016 to 2020.

Nigerian nanotechnology research is limited by a lack of sophisticated instruments for analysis. It is impossible to conduct meaningful research locally without foreign collaboration on instrumentation. The absence of national policy on nanotechnology and of dedicated funds also hinder research.

The size of Nigeria’s economy points to great potential for research and the development of patents and products.

Nanotechnology would benefit Nigeria in several ways. In agriculture, nanomaterials can be exploited as slow release fertilisers and eco-friendly agents against pests and diseases. There are applications in renewable and clean energy generation, through biofuels and solar panels.

In security, nanomaterials in gadgets and vehicles can enhance protection and capabilities of personnel. For example, there is potential for smart uniforms with ultraviolet protection, antimicrobial properties, camouflaging, and resistance to water and fire.

Through numerous applications, Nigeria can use nanotechnology to deliver on development goals. Ending poverty and promoting sustainable industrialisation are just two.

In February 2018, Nigeria’s science and technology minister unveiled a national steering committee on nanotechnology policy. But the policy is yet to be approved by the federal government. In September 2021, I presented a memorandum to the national council on science, technology and innovation to stimulate national discourse on nanotechnology.

Government should implement the outcomes of these efforts without delay. It can:

The country’s trading and diplomatic partners may be of aid. The private sector also has a part to play. It can provide funds for research, offer scholarships and donate instruments. Adopting nanotechnology in commercial activities will also promote its development in Nigeria.