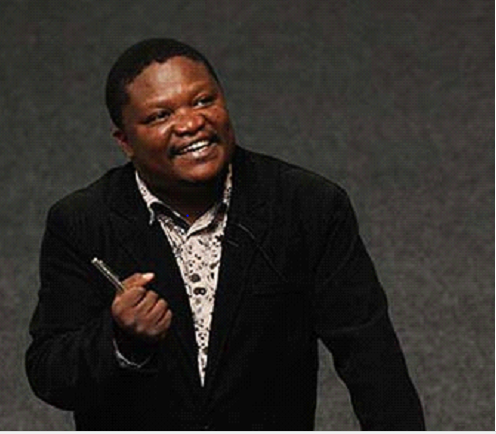 Prof Thebe Rodney Medupe, North-West University (NWU) academic and deputy dean for community engagement and stakeholder relations in the Faculty of Natural and Agricultural Sciences, has been elected as the president of the African Astronomical Society (AfAS).

Prof Medupe was elected during the society’s hybrid General Assembly event that took place from 14 to 18 March 2022 at the South African Astronomical Observatory in Cape Town. AfAS is a globally competitive and collaborative astronomy community in Africa. Its mission is to be the voice of astronomy on the continent, and to contribute to addressing the challenges faced by Africa through the promotion and advancement of astronomy.

Prof Medupe said he is honoured to have been elected president of AfAS.
“Thank you to everyone who voted. During my presidency my goal will be to ensure that the organisation works hard towards meeting its objectives.”
He extended his appreciation to outgoing president Prof Jamal Mimouni, and also praised the conference’s organising committee for their outstanding efforts.

“The IAU-OAD office is critical for growing astronomy in Africa, and AfAS appreciates its support. I will therefore ensure that AfAS collaborate with other international astronomical groups to increase international awareness, and to help develop astronomy institutions in African countries,” said Prof Medupe.

About Prof Thebe Medupe
Prof Thebe Medupe is an astrophysicist and professor in the subject group Physics, and is also the deputy dean for community engagement and stakeholder relations in the NWU’s Faculty of Natural and Agricultural Sciences.

He obtained his PhD in astronomy from the University of Cape Town, and specialises in the physics of pulsating stars and in the history of astronomy in Africa.
Prof Medupe is the chair of the National Astrophysics and Space Science Programme consortium, and is also a member of the Academy of Science of South Africa.