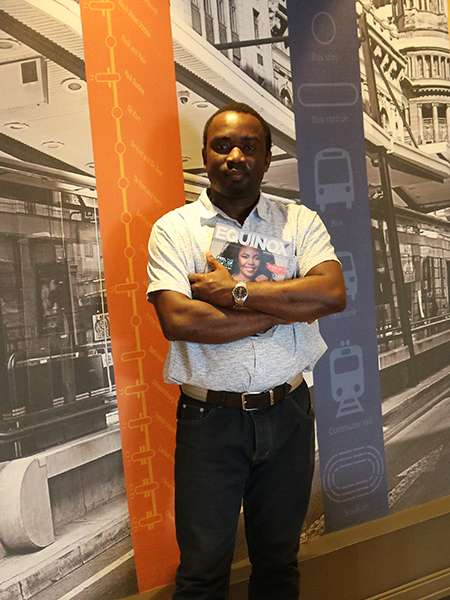 “Indigenous fruit trees have additional benefits: they are naturally adapted to local soils and climates, and often survive environmental stresses better than other exotic or introduced species.”

“Indigenous fruits have long been collected from the wild for human consumption and other purposes. This concept of ‘one tree, many uses’ speaks to how indigenous fruit trees are valued for many things other than just their fruits.”
This is according to Dr Abiodun Olusola Omotayo from the North-West University’s (NWU’s) Food Security and Safety research niche area.
Dr Omotayo and Prof Adeyemi Oladapo Aremu, also from the niche area, published a paper in the high-impact journal Food and Energy Security which looks at the benefits of Africa’s indigenous fruits and why they should be considered for food security.
The study explored the occurrence, distribution, nutritional components, phytochemicals, medicinal potential, as well as associated challenges and prospects of indigenous fruit trees which occur across different ecological zones in Africa.
Dr Omotayo says one of the unique trait of indigenous fruit trees is their ability to provide vital nutrients that may otherwise be scarce in other food sources.
“Indigenous fruit trees have additional benefits: they are naturally adapted to local soils and climates, and often survive environmental stresses better than other exotic or introduced species.”
He says this study focused on the diverse distribution and duration of fruiting of 10 selected fruit trees in different regions of Africa.
They include:
The African baobab (Adansonia digitata), Transvaal red milkwood (Mimusops zeyheri), Wild loquat (Uapaca kirkiana), Kei-apple (Dovyalis caffra) and Mobola plum (Parinari curatellifolia), which are found in Southern Africa and other tropical African countries.
The Monkey orange (Strychnos spinosa) found in Southern and West Africa, and the Balanite (Balanites aegyptiaca), which is prevalent in the south of the Sahel-Savannah region across Africa, especially in West African countries.
The Imbe (Garcinia livingstonei) which occurs in tropical African nations including Uganda, the Kingdom of Eswatini, South Africa, Somalia, Angola, and the Congo.
The Marula (Sclerocarya birrea) which can be found in Niger, Burkina Faso, Benin and South Africa.
The Wild medlar (Vangueria infausta), found in Uganda, Kenya, Tanzania, Malawi, Mozambique, Zimbabwe, Namibia, Botswana, the Kingdom of Eswatini and South Africa.
“The fruits from these trees are diverse in colour, texture, and shape. Because of different fruiting periods, availability is guaranteed, therefore meeting the food and nutritional needs of local communities in Africa,” says Dr Omotayo.
“We also found a rich phytochemical and nutritional content across the selected indigenous fruit trees, including fibre, minerals, carbohydrates, organic acids, fats, proteins, iron, calcium, magnesium, sodium, zinc and vitamins,” he adds.
He says many of the fruits contain well-known phytochemicals such as saponins, flavonoids, alkaloids, tannins, cardiac glycosides, terpenes, anthraquinones and phenolics.
“Fruit from these trees also displayed anti-oxidant, anti-microbial and anti-inflammatory properties.”
Dr Omotayo says it is a strong possibility that the key to future food security on the continent of Africa may depend on the untapped potential of indigenous fruit trees.
“Since these indigenous fruits revealed a rich nutritional composition, exploring their potential remains a good starting point toward achieving the United Nation’s Sustainable Developments Goals, especially goals 1, 2, and 3, namely no poverty, zero hunger and good health and wellbeing.”