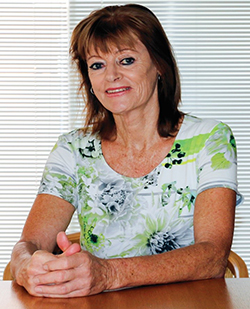 University students who have a mother tongue other than English should not be at a disadvantage compared to those who do speak English at home. This is why it is important to level the language playing field.
The North-West University (NWU) is one of four tertiary education institutions in South Africa to work with three European universities to facilitate and promote the use of indigenous African languages as mediums of instruction in tertiary education.

Known as BAQONDE, the project name stands for Boosting the Use of African Languages in Education; A Qualified Organised Nationwide Development Strategy for South Africa. It is a collaborative capacity-building project that seeks to provide all university students with access to the use of African languages so that they can reach their full potential. The word “baqonde” means “(let them) understand” in the Nguni languages of South Africa.
The three-year project is being co-financed by the Erasmus+ Programme of the European Union.
The NWU is one of the lead universities in the project, together with the University of Salamanca, Spain. The NWU is represented by Johan Blaauw of the Language Directorate, who is assisted by Prof Rosemary Wildsmith-Cromarty. She represents the NWU on the quality assurance committee and the dissemination committee, which are part of the administration of the project.

Response to inequality
According to Prof Wildsmith-Cromarty, BAQONDE is a rallying cry for all to join hands in responding to inequalities in the educational system which frequently see students who are home language speakers of African languages, being left behind.
She says most South African students in the primary, secondary and tertiary education system have home languages other than English. “Yet, apart from Afrikaans, indigenous African languages are still not widely used as mediums of instruction. Research has underlined the negative impact that this situation can have on students’ performance.”
The vision of South Africa’s national education authorities is to address this problem by encouraging the development and use of African languages as mediums of education, says Prof Wildsmith-Cromarty. But this goal has been set back by concerns around staffing, training and infrastructure, among others.

“However, recent approval of the Language Policy Framework for Public Higher Education Institutions in South Africa now requires the development of indigenous African languages as mediums of instruction and as languages of higher academic discourse, and highlights the critical role of universities in developing indigenous African languages,” she says.
“Within this policy context, BAQONDE provides an effective response to these priorities.”
The project consortium will establish a new and effective inter-institutional network of African Language Development Units (ALDUs), as well as provide training, develop materials and contribute to benchmarks and standards for multilingual teaching in higher education.

DHET signals its support
Mahlubi Mabizela, chief director for university education policy and support at South Africa’s national Department of Higher Education and Training, comments: “Undoubtedly, the BAQONDE project with its aim to facilitate and promote the use of indigenous African languages as mediums of instruction at higher education institutions in South Africa advances the objectives of the Language Policy Framework for Public Higher Education Institutions.
“The BAQONDE project is leading us on the path towards the restoration of dignity and parity of esteem for our indigenous languages, and that is commendable indeed. This is very encouraging and is the kind of enthusiastic response we hope can be emulated by other institutions.”

Prof Wildsmith-Cromarty says the BAQONDE team at the NWU will work closely with the School of Language Education in the Faculty of Education. “The latter is also hosting the new Centre for African Language Teaching (CALT) for Setswana, so there will be synergy between the centre and the project.”
In addition, the Faculty of Education is responsible for the design and implementation of the Short Learning Programme in Multilingual Pedagogies, which fits well with the training component of the BAQONDE project. Prof Langa Khumalo of the South African Centre for Digital Language Resources (SADiLAR) is also affiliated to the project.

She says the Faculty of Education is delighted to contribute its expertise in multilingualism, translation and interpreting to this important area. “We look forward to working with our European and South African partners in contributing to the growth of the African languages in higher education, especially through materials development and training programmes in multilingual pedagogies.”
The other participating South African universities are the University of KwaZulu-Natal, Rhodes University and the University of Western Cape. The European universities are the University of Groningen (Netherlands), Trinity College Dublin (Ireland) and University of Salamanca (Spain).
Visit the project website at https://baqonde.usal.es