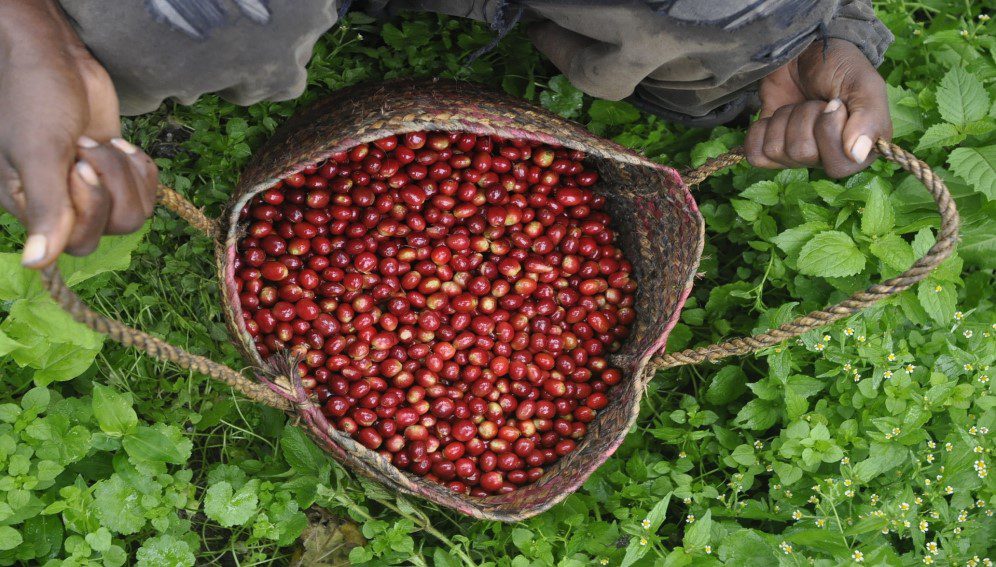 Key points
[FREETOWN] Scientists have rediscovered rare wild coffee species in West Africa with tolerance to high temperatures and fine taste, potentially setting the region on course to staging a comeback in the global coffee industry, a study says.

The rediscovery of ‘lost’ Coffea stenophylla in Sierra Leone after years of searching, the scientists say, could be a game changer in an industry currently dominated by Coffee arabica species, which faces threats from climate change. C. arabica is popular because of its superior taste but, not only does C. stenophylla has an equivalent taste, it can also grow in harsher temperatures.

““[A] policy to ensure that smallholder farmers get government support is also important if they are to take the cultivation of the coffee seriously.”

After rediscovering wild populations of C. stenophylla in two forest patches in central and eastern Sierra Leone in late 2018, researchers obtained samples in May 2020 for testing to evaluate its qualities such as fruits, flowers and taste.

The species was once widely farmed in West Africa until it was forgotten and replaced by higher yielding varieties. Before the 2018 discovery, it had not been seen in the wild since 1954, according to the UK-based Kew Gardens.

Researchers from France, Sierra Leone and the United Kingdom, say that the rediscovered coffee crop has a “unique combination of tolerance to high temperatures and a superior flavour”, which could serve as a lifeline to the multibillion-dollar industry that has been vulnerable to climate change, according to the study published last month in Nature Plants.

Out of about 124 coffee species worldwide, C. arabica and C. robusta comprise 99 per cent of consumption, according to the researchers.

C.arabica is grown mostly in East Africa and in South Arabia, which are experiencing hotter climatic conditions and this in the long term could “significantly” affect production and quality, says the study.

According to Haggar, the objective of the study was to determine the potential of the rediscovered coffee to provide an alternative for local farmers and as possible replacement for C. arabica as it faces a threat from climate change.

Hagar explains that coffee is a major cash crop of Sierra Leone. Between the 1800s and early 1900s, Sierra Leone played a major role in the global coffee industry through large-scale production of  C. stenophylla.

The introduction in the region of C. robusta led to the displacement of C.  stenophylla, which was last known in 1954 to grow in the wild only in Cote d’Ivoire, Liberia and Sierra Leone. Large-scale deforestation in these countries poses further threat of extinction of the plant, the study adds.

Aaron Davis, from the UK’s Royal Botanic Gardens, Kew, who led the research team, says that their discovery may help in the “future-proofing” of the industry, noting that the rediscovered coffee provides an important resource for breeding a new generation of climate-resilient crops.

Fayia Kassoh, a Sierra Leonean crop scientist, tells SciDev.Net that the discovery offers an opportunity for sustainable coffee production in the country. But he warns that further study is required to critically examine the yield potential of the rediscovered coffee, with the government taking a leading role in the evaluation.

“[A] policy to ensure that smallholder farmers get government support is also important if they are to take the cultivation of the coffee seriously,” adds, Kassoh, a lecturer at Sierra Leone’s Njala University.