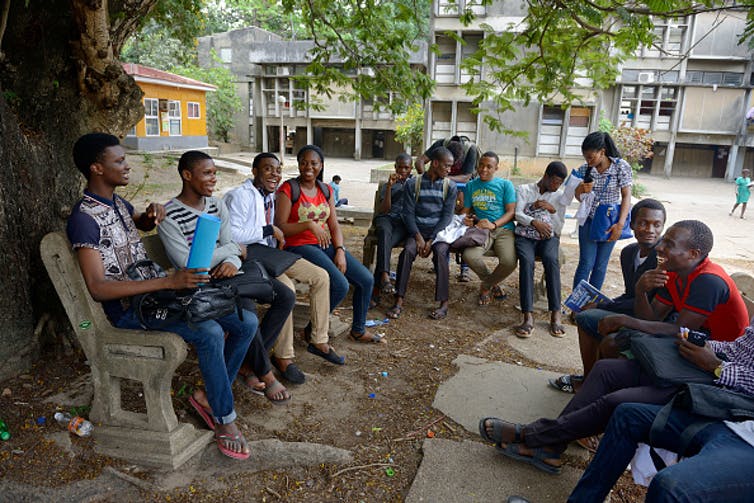 Students in rural African universities typically experience several challenges to do with poor infrastructure and a poor education foundation.

As a way to deal with learning challenges, some scholars have suggested decolonisation of the curriculum. This implies replacing colonial content and practices with indigenous ones.

Other scholars have suggested that other factors should be considered as part of the solution. Some of these factors include personal, family based, social, and institutional factors.

I conducted research in two African countries to identify the common learning challenges that rural university students and their lecturers experienced – and what they did to meet those challenges. The students in my study took steps like using their home language as a medium of instruction, using their personal internet data, using the internet for self-education, peer teaching, and finding venues other than lecture halls for learning.

My survey compared the outcome of two approaches: decolonisation and resilience. The findings suggest that students’ personal resilience – when students make extra efforts – is pivotal to attaining academic success.

On the other hand, a decolonisation approach that focuses on local content without considering globalisation carries the risk that graduates won’t have education that’s relevant beyond the local context.

The need for resilience

Resilience, in this context, means a student’s ability to endure, withstand and overcome challenges. In my study I investigated the need for the application of resilience in overcoming learning challenges. Resilience comes in different categories, such as personal, environmental, community, cultural, institutional, economic, and infrastructural.

I considered each classification of resilience and its impact on the learning abilities of undergraduates.

Participants were students and lecturers in two rural universities in two African nations, which I’ve called Country 1 and Country 2. The students were randomly selected to avoid bias. The lecturers were selected based on their availability. A questionnaire for students produced quantitative data, while interviews with lecturers produced qualitative data.

I administered questionnaires to 490 and 444 undergraduates from the two universities. The students predominantly came from the provinces where the institutions were situated.

Selected lecturers from each institution were interviewed.

Rural students from both countries in my study identified common learning challenges. They often struggled to understand new concepts and had a weak schooling foundation and poor concentration skills. They had weak relationships with lecturers: students couldn’t discuss problems with teaching staff. Students also faced long distances between campus and their residence. In both universities, poor infrastructure – such as internet facilities, lecture rooms and libraries – also affected students and lecturers.

To counter some of these challenges, the university in Country 1 attempted to provide internet facilities and helped its students to get books. It promoted the use of an electronic library and inter-library exchange. As part of the decolonisation process, lecturers in this university sometimes used an indigenous language for teaching and learning exercises to help their students better understand materials taught.

In the university in Country 2, lecturers insisted on students adjusting to the language of instruction – English.

Through interviews with the lecturers, I also found that the measures adopted by those in country 2 encouraged students’ personal resilience. One of the lecturers said: I do not believe in decolonisation as the solution to our academic challenges. Students should be motivated and taught to work hard in order to achieve the desired success.

And even though resilience ordinarily is driven by a good support system (such as internet facilities), I found that good self-image, positive attitude and the ability to create realistic plans characterised resilience for students in Country 2. Students wanted to succeed against all odds.

Access to quality infrastructure is obviously desirable for all students. But their resilience should also be encouraged in their pursuit of academic success.

Periodic orientation programmes should be organised to guide students. Motivational speeches could be part of this. Lecturers should be trained in how to emphasise resilience. Their relationship with students is also important and needs attention. An office like the dean of student affairs should arrange counselling that contributes to these efforts.

It is also important to ensure systemic change – institutional and infrastructural resilience. Schools must be provided with bigger and better classrooms, quality internet facilities, and other necessary infrastructure to support their learning. This will buffer students’ personal resilience and increase their capacity to succeed.

_The names of the institutions and nations have been withheld to avoid presenting the education system or students of one nation as superior to the other.