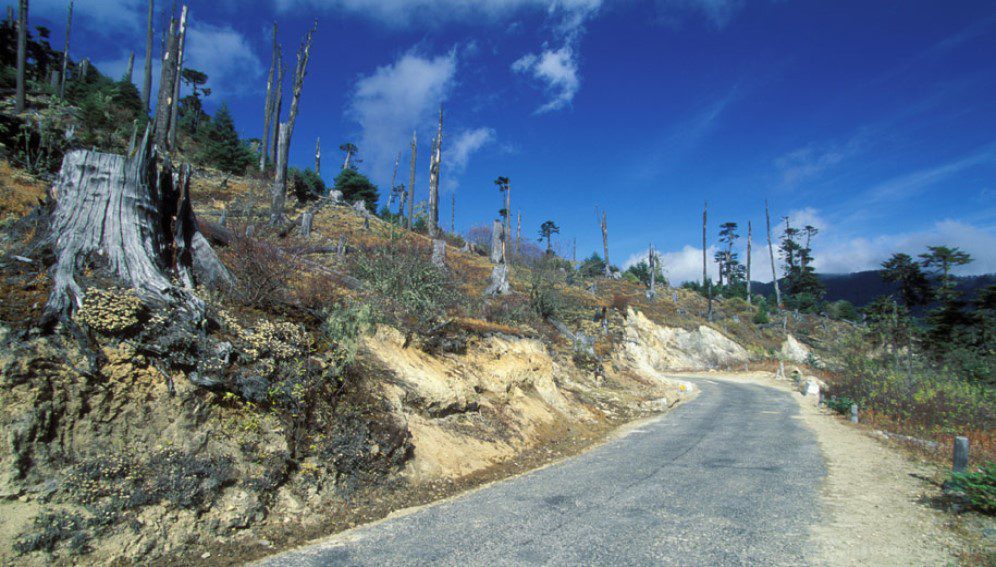 New roads being developed in Sub-Saharan Africa to promote socioeconomic development could have negative impacts on species of plants and animals unless carefully planned, a study suggests.

Tracking the impacts of existing road networks in both protected and unprotected areas, the study published in Environmental Research Letters last month sheds light on exactly how roads affect biodiversity and other elements of natural systems.

“It’s like there were all these different pieces of the puzzle that we put together to see the bigger picture,” Lavinia Perumal, study lead author who is an ecology doctoral candidate at the African Climate and Development Initiative, University of Cape Town, South Africa, tells SciDev.Net.

“We found evidence for processes such as cropland expansion, logging [and] urbanisation all being influenced by proximity to a road.”

Researchers analysed 137 peer reviewed articles published between 1995 and 2019 and documented 271 effects of roads on protected and unprotected areas across Sub-Saharan Africa. They tracked road ecosystem impact pathways by linking underlying mechanisms and effects.

The study shows the effects of roads within and outside protected areas, influencing land use patterns, poaching, human wildlife conflict, land degradation and the spread of invasive species.

Roads in protected areas acted as barriers to movement, which reduced the distribution range of elephants in that area, the study says, adding that there is a need to understand the interactions between roads and species of plants and animals in different contexts.

According to Perumal, although land use change is one of the most important drivers of biodiversity loss in Africa, the impact of roads is often overlooked as a driver of change.

“We found evidence for processes such as cropland expansion, logging [and] urbanisation all being influenced by proximity to a road,” she says.

In some cases, this effect extended up to ten kilometres from the road, showing how roads impacts reach far beyond their immediate area, Perumal explains.

In such cases, roads act as indirect drivers because they increase access to previously inaccessible land, markets, cities and economic opportunities, incentivising such changes in landscapes, she says.

Even inside protected areas, roads often pose a threat to animals as barriers to movement, but some avoided areas near roads, while others were found closer to roads, the researchers found.

Scan the QR code from WhatsApp, or click on the link to join our WhatsApp.

Road-animal interactions were not the same between different regions of Sub-Saharan Africa, so protection alone may not be effective at mitigating the negative impacts of roads, especially in Central Africa, Perumal adds.

“Ideally, we should have smart road design and construction plans that carefully consider the long-term direct and indirect ecological effects and use this knowledge to inform where roads should be built and where they are a serious threat,” she explains.

Perumal says that finding alternative routes to avoid ecologically-sensitive areas is an obvious first step, but this is not as easy as it seems, as such large-scale development involves multiple countries, all with their own policies and agendas.

Wendy Collinson-Jonker, wildlife and transport programme manager at the Endangered Wildlife Trust, South Africa, tells SciDev.Net that the study mainly involved mapping the reported effects of roads and other information related to where and when these effects were identified.

“This review highlights the need for development but not at the expense of biodiversity. [The study] appears to be fairly comprehensive and has shed light on some of the gaps such as ways in which roads impacted biodiversity and land use patterns.

“Roads are critical for the transportation of goods and people,” says Collinson-Jonker, adding that they can particularly improve the socioeconomic situation in low- and middle-income countries.