Russia’s Nuclear Power Exports: Will they Stand the Strain Of The War In Ukraine? 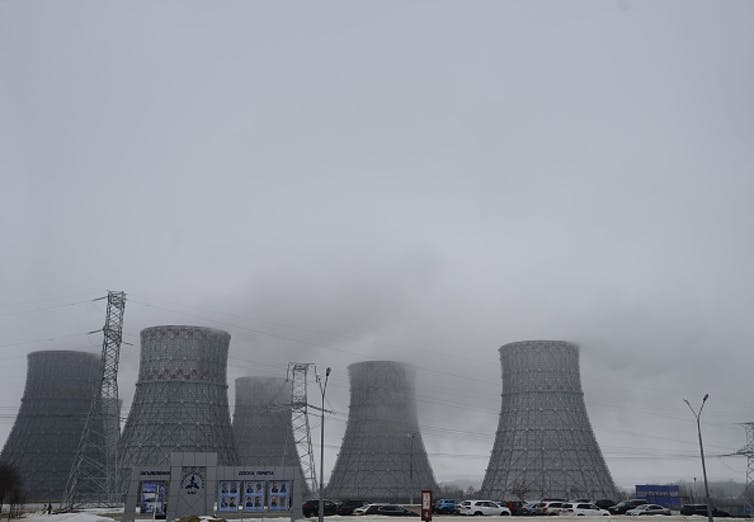 Russia’s invasion of the Ukraine has led to massive sanctions and resulted in heavy blows to its economy. It has also led to unprecedented condemnation of Russia’s leadership, as well as growing international isolation.

Regardless of the military outcome of the invasion, its aftermath will severely shake Russian diplomatic, trade and business initiatives with potential global partners. This includes the nuclear energy export sector, which is the preserve of the Rosatom state energy corporation.

Of the 57 nuclear reactor constructions initiated between 2011 and 2022, 13 involved Rosatom. Unlike China, the country most active in nuclear plant construction, ten of these were outside Russia’s borders, making it the world’s largest exporter in terms of nuclear plant development.

Interest in nuclear power plant construction slumped in the wake of Fukushima incident in 2011. The intervening years have also seen fast growth in the solar and wind sectors.

But there’s still a pool of nations that has shown keen interest in nuclear energy, such as Saudi Arabia or, in Africa, Rwanda.

Rosatom has been extraordinarily active trying to corner this shrinking market. Only last year Zimbabwe signed an agreement with the company where these commit to a vague form of nuclear energy cooperation.

Nations seeking to set up a nuclear plant invariably face major deterrents. These include very high and sometimes unpredictable building cost, and long construction times. New plants typically only start producing electricity 10 or more years after a project is initiated.

For most countries that means seeking long term loans of the order of $US 10 billion or more that later have to be repaid with interest.

The complexity of the technology and supply of processed nuclear fuel also effectively ties the client country into a dependence relationship with the country developing and servicing the nuclear plant. This can mean agreements typically stretch over 40 years. Such a partnership can only function if both countries enjoy long term stability.

As the invasion of Ukraine is destabilising Russia economically and increasingly leads it to international pariah status, any potential nuclear power partnerships have now become at best severely stressed, and at worst doomed to collapse.

In the deals Rosatom has struck in the last ten years it has adopted a highly aggressive commercial expansion strategy.

It starts with Russia, usually through its agency Rosatom, signing nuclear energy cooperation memoranda with a country that has shown interest in nuclear power. These then lobby for the agreements to be broadened into statements of intent to jointly build new nuclear plants.

Rosatom has a lot in the pipeline. It had already started building – or was expected to start construction soon – on plants in China, India, Bangladesh, Turkey, Hungary, Belarus, Finland and Egypt. In Africa, Russia has cooperation agreements aspiring to eventually lead to nuclear build commitments with about twenty countries.

Russia has introduced attractive low interest loans for clients that are unable to afford the construction cost of a new nuclear plant. These loans typically require annual repayments that only start once a plant is operational, and continue for another 20 years or so years. And they are heavily subsidised by the Russian state.

Egypt’s El Dabaa project is a good example of how the loans are structured. The loan is for US$ 25 billion, which is in theory projected to cover 85% of the building costs. The annual interest is 3%, with repayment kicking in in 2029 and continuing for 22 years thereafter.

What if things go wrong

Since the start of the attack on Ukraine, Russia has faced unprecedented international condemnation, sanctions and targeted blows to its economy.

An immediate consequence has been the suspension and possible termination of Rosatom’s Hanhikivi project in Finland. In Hungary, another European Union member, Rosatom’s Paks II nuclear plant is clearly in jeopardy.

Other international projects will also come under increasing scrutiny.

The biggest threat to the Russian international nuclear power initiative will be to the financing of projects. An already weakened Russian economy hit by foreign sanctions and war costs is not going to be able to afford to offer the massive loans on which all its foreign nuclear projects depend.

In addition, a large part of the financing often comes from private companies. But they will now be deterred from investing in financially risky projects linked to Russia as they would then become themselves exposed to potential sanctioning and reputational damage.

Russian-driven nuclear developments are now also at a much greater risk of construction delays and cost escalations due to complications in material supplies procurement and financial transaction difficulties. The already significant long-term economic dangers associated with mega-scale nuclear developments will now be multiplied, and shy away potential clients.

There is also a political dimension to the zeal with which Russia has been relentlessly driving its global nuclear power initiative. A country receiving a loan and reliant on Russia for keeping its electricity supply going now becomes very dependent, and has to maintain the goodwill of the Russian government. This can compromise a country’s independence.

Nigeria has just announced that it is seeking to build nuclear facilities. Under previous circumstances, Russia would have been a front runner in the award of this contract. Given the geopolitical situation and associated financing challenges, it now however becomes almost impossible to envisage a situation where Rosatom could pull off this project.

Similar situations will likely arise even in some cases where construction is already under way. For example, Egypt’s El Dabaa build also relies on other partners that favour isolating Russia.

The era of Russian foreign nuclear builds is therefore soon likely to be over.