Seychelles Embraces Transparency In Fisheries, But Gaps In Data and Action Remain 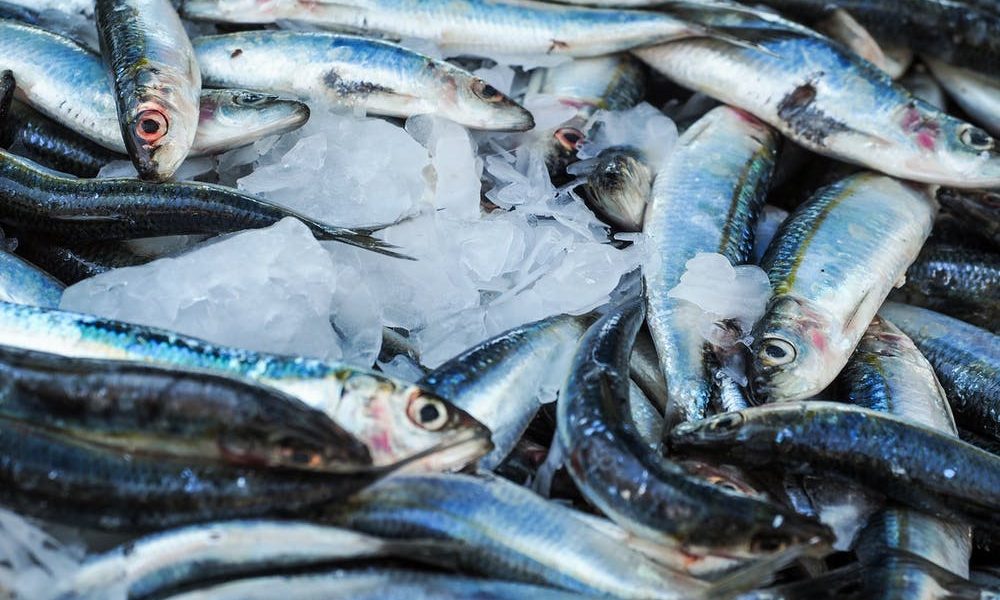 With hooks, nets and lines, industrial fishing vessels stream into the waters around the Seychelles every year, looking for a fish known as “blue gold”: tuna. The most sought-after tuna is the yellowfin tuna, but fishers also catch big-eye tuna, skipjack tuna, and swordfish.

The fishing industry fortifies the Seychelles’ economy. In 2019, the small East African archipelago nation exported about 6,600 metric tons of fish and crustaceans, which brought more than $13 million into the country, according to a local news report.

Fisheries is the second most important sector after tourism in the Seychelles, contributing to 20% of the GDP and employing 17% of the population, according to the World Bank. Yet conservationists have long been sounding the alarm that fish stocks, particularly yellowfin tuna (Thunnus albacares), are overharvested.

In an effort to address overfishing, the Seychelles made a decision in 2017 to join the Fisheries Transparency Initiative (FiTI), an enterprise born out of global discussions about how to deal with illegal, unreported and unregulated (IUU) fishing in the waters around Africa, particularly by commercial fleets operated by foreign nations.

While FiTI is still in its infancy, the initiative has set an ambitious goal of making fisheries more transparent and sustainable. The Seychelles was one of the first countries to join, along with the northwest African nation of Mauritania.

Philippe Michaud, a consultant at the Seychelles’ ministry of fisheries, said the country joined FiTI because doing so aligned with the government’s implementation of the “Blue Economy,” a national initiative focused on making fishing and other ocean-related activities more sustainable.

“I think FiTI should contribute in making people more aware of the problems,” Michaud told Mongabay in a video interview. “Because we’re not running out of fish, because we can buy fish every day, we think that it’s going to go on forever. So we need to mobilize all the different stakeholders and say, ‘This is a problem.’”

In December 2021, the Seychelles released its second report to FiTI, which detailed the government’s efforts to increase public access to certain information about the management and direction of its fisheries. This includes an online registry of large-scale fishing vessels operating in Seychelles waters, and information about what they need to pay to cast their nets and lines in these waters.

While the waters surrounding the Seychelles yield prolific catches of yellowfin tuna, big-eye tuna (Thunnus obesus) and skipjack tuna (Katsuwonus pelamis), a lot of this fish isn’t being caught by Seychellois themselves, but by fishers from places like China, Taiwan and member states of the European Union.

This is not surprising given that China, Taiwan, as well as Spain and Norway, have some of the world’s largest distant-water fleets, and are also top providers of harmful fishing subsidies that allow these fleets to continue fishing even when it’s not sustainable to do so. Conservationists have long argued that harmful fishing subsidies contribute to overcapacity, overfishing, and IUU fishing, which emphasizes the need for transparency when it comes to fisheries management.

Experts say the Seychelles’ second report to FiTI takes a prodigious step in helping to elucidate both local and foreign fishing interests, but there are still many information gaps that need to be filled, some of which are pointed out in the report itself.

Nirmal Shah, a leading conservationist and CEO of the NGO Nature Seychelles, who was not involved in the report, said it also provides only a limited view of the fishing agreements between the EU and the Seychelles, and that details about the negotiations of these agreements remain concealed.

What exactly is FiTI?

Sven Biermann, executive director of FiTI, said the initiative sprang from a 2014 report released by the African Progress Panel (APP), a Swiss-based foundation chaired by former U.N. secretary-general and Ghanaian diplomat Kofi Annan that advocated for sustainable and equitable development in Africa. (The African Progress Panel appears to have dissolved shortly before Annan’s death in 2018.) One of the key messages in this report was that Africa’s fishing sector had a lack of transparency and that there were issues around governing fishing activities, Biermann said.

After many discussions among the APP members, the idea for a global fisheries transparency scheme began to take shape. While there are already initiatives that illuminate seafood supply chains and fishing vessel movements, this initiative would focus on the management of fisheries.

The initiative really took off in 2015 when the acting president of Mauritania, Mohamed Ould Abdel Aziz, announced FiTI’s establishment at a high-level conference on transparency and sustainability in Africa. (Abdel Aziz, who came to power in a military coup, was jailed in 2021 on charges of corruption, in which a Chinese fishing firm has also been implicated.)

To become a candidate country, nations need to take steps to adhere to the FiTI standard, which has 12 transparency requirements. These include publishing details about tenure agreements, foreign fisheries agreements, subsidies, and other fisheries-related information. Candidate countries also need to follow key principles, such as publishing information online and engaging various stakeholders in all of their processes.

Biermann said he believes multi-stakeholder participation is the “strongest aspect” of the FiTI standard, adding that multi-stakeholder groups should not be homogenous, but should include a range of individuals, including civil society members.

“If you think about having Greenpeace at the table, or WWF … or Transparency International when it comes to corruption issues,” he told Mongabay in a video call. “They are looking at that data and they’re part of a group that is going to say, ‘Yes, from our point of view, this is the best available information’ … so their review process, which is embedded in these FiTI reports, is a big quality aspect of the FiTI.”

The Seychelles formed its multi-stakeholder group to include four government representatives, including Michaud himself, four business representatives, and four members of civil society. However, Shah told Mongabay that the members chosen to represent civil society were skewed more toward fisheries than conservation, with the exception of Marie Therese Purvis, who is a member of the environmental NGO Sustainability for Seychelles.

Later this year, FiTI will assess whether Mauritania and the Seychelles are adhering to the FiTI standard to change their status to that of compliant countries.

FiTI is not limited to African fishing nations — it’s a global initiative open to the entire world, with the ultimate aim of increasing the sustainability of fisheries through transparency.

Four other countries — Madagascar, Senegal, Cabo Verde, and São Tomé and Príncipe — have also joined FiTI, although they’re still in the process of starting to implement the FiTI standard. For a country like Madagascar, its forthcoming involvement with FiTI is seen as a welcome move as it struggles with falling fish stocks and rising IUU fishing.

There are also several target nations that FiTI has been collaborating with on various levels, and that may join at some point. These include Comoros, Ecuador, Lebanon, Mexico, Mauritius and Peru.

“The ultimate objective of the FiTI is to make this initiative obsolete,” Biermann said, “which will happen once government transparency in fisheries management becomes so mainstream and is utilized widely to shape public policies and debates.”

What’s revealed and what isn’t

One of the most contentious issues facing the Seychelles is the overfishing of Indian Ocean yellowfin tuna, which some experts say is being driven by EU-controlled vessels operating under Seychellois flags. According to a Mongabay investigation conducted last year, the Seychelles’ entire purse seine fleet — that is, vessels that use circular, wall-like netting to trap species like tuna — was fully controlled by European interests.

The Seychelles’ second annual report submitted to FiTI, which covers 2020, shows efforts made by the government to increase transparency around many aspects of its fisheries, including its foreign interests. For instance, the government has now published summaries of the license agreements for local and foreign fishers on the Seychelles Fishing Authority’s website.

It also published many of the foreign fishing access agreements, including one between the EU and the Seychelles. The agreement shows that between 2020 and 2026, the EU will pay the Seychelles 2.5 million euros ($2.9 million) for about 50,000 metric tons of fish from the Seychelles’ exclusive economic zone (EEZ) each year, and an additional 2.8 million euros ($3.2 million) for support in implementing fisheries and maritime policy. EU purse seiners and longliners also have to pay 56,000 euros and 7,200 euros ($64,000 and $8,200) respectively to operate in the Seychelles each year.

Shah said this move toward transparency is overall very “positive,” but emphasizes that there are limitations to the information in these reports. For instance, he notes that nothing has been revealed about how these agreements are negotiated with the EU, which have instead been presented as a “fait accompli.”

“These [things] are not being revealed because these are said to be strategic, and they can’t reveal it,” Shah said. “But those are the kinds of things that we need to know because the whole resource extraction is based on these almost secret agreements between the Seychelles and the EU.”

Yet the report shows it isn’t just the EU putting pressure on the Seychelles’ fisheries — it’s also vessels from Taiwan and China. Last year, the Seychelles government published a registry of the 180 large-scale vessels authorized to fish in the country’s EEZ; 66 of them operated under the Taiwanese flag, while eight operated under the Chinese flag.

It’s a widespread practice for foreign vessels to fly under the flag of another nation. As mentioned earlier, Mongabay revealed last year that the entire Seychelles-flagged purse seine fleet was under EU control. However, it isn’t immediately apparent from the published online vessel registry which Seychelles-flagged boats are under foreign control.

The report also notes that some agreements between the Seychelles and Taiwanese and Chinese fishing interests have not been published due to confidentiality clauses. There’s also insufficient data regarding ​​catches, landings, transshipments, discards and fishing efforts for the industrial longline fleet, which is largely operated by vessels from Taiwan and China.

Will transparency pave the way for sustainability?

While acknowledging that there are gaps in the report, fisheries ministry consultant Michaud said the overall shift toward transparency can help the Seychelles fish sustainably into the future.

When it comes to the yellowfin tuna situation, Michaud said that more information will aid dialogue about how to address the issue.

“Obviously, we are concerned by the situation, but to have a very serious dialogue, we need to have good information,” he said. “And I think this is what we are promoting. [We are saying,] ‘Look let’s have the facts, rather than depend on emotions and falsehoods of misinformation,’ because in any case, as a general comment, good policies, you need to have good data, and this is one thing that FiTI is also trying to promote.”

Shah agreed that FiTI is a good initiative since it gives the public access to important information about the nation’s fisheries, but he added that the Seychelles needs to do more than just release information.

“Yellowfin, and I maintain it, is the most overfished tuna stock in the world,” he said. “It’s a shame nothing is being done about it. It’s OK to produce these reports [but] then what? So what [if] we produce reports — we produce reports about everything. The IPCC has been producing reports on climate change for the last 26 years. So what?”

Biermann said it’s extremely difficult to draw correlations between the FiTI process and positive outcomes in the fisheries industry, but added that increased transparency itself can only be beneficial.

“What we’re seeing is that the data really is getting better, is produced much quicker,” he said. In the future, he said, it will be a priority to make sure that published information actually makes it into policymaking and public debates.

He added: “[We want people] actually going online [and] saying, ‘Oh yeah, so we have those many boats from that particular flag state. Let’s talk about this.’”