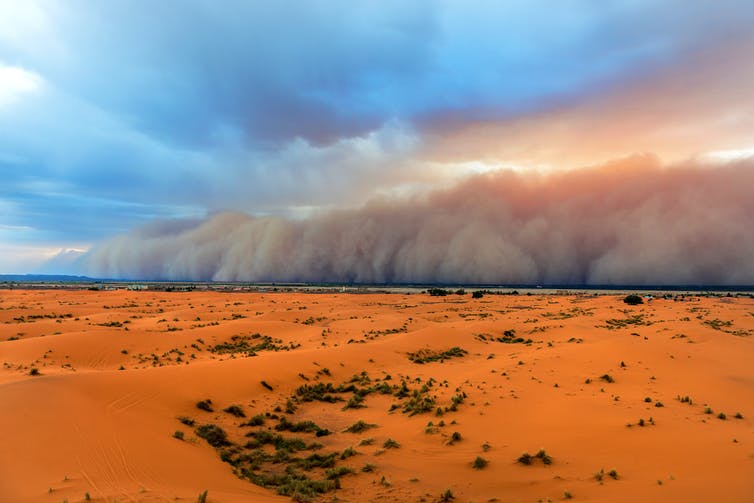 For some time, the Earth’s natural resources have been depleted faster than they can be replaced. The Intergovernmental Panel on Climate Change has set a 2030 deadline to reduce heat-trapping emissions by half to avoid climate change that is both irreversible and destructive.

With colleagues, we coauthored a climate emergency warning paper in 2019. It has now been co-signed by 14,594 scientists from 158 countries. We also produced an extension in 2020 and a grim update in 2021. Our warnings are supported by thousands of research studies, many referenced in the Intergovernmental Panel on Climate Change papers.

In our new paper, we move beyond warnings and call for concrete actions. These must happen in six areas, at six levels – from household to community, city, state, nation and global – and on three timescales.

In the next three decades, the world must dramatically decrease greenhouse gases in the atmosphere to return to a more stable climate. To do this, we identify priority actions for energy, pollutants, nature, food, population and economy.

This takes place on three timescales – by 2026, 2030, and 2050. By 2050, carbon dioxide emissions must not exceed removals. After that, we must lower atmospheric concentrations by taking enough carbon out of the atmosphere.

Our paper, summarised here, is intended to guide society, decision makers, planners, managers and financial investors with a framework for action. Yet humanity’s biggest challenges are not technical, but social, economic, political and behavioural.

It is essential to reduce demand for energy by increasing energy productivity. That means getting more energy services – heating, cooling, lighting, transport, electricity and mechanical work – out of less primary energy. Fossil fuels are the largest sources of heat-trapping carbon dioxide and methane, and must be replaced. Our paper recommends the following:

Biodiverse natural ecosystems, including forests, wetlands, grasslands, peatlands and oceans, are essential for our planet to function. This includes carbon management. They remove and store 56% of annual carbon emissions, preventing additional warming.

Economies must operate within planetary boundaries. Leaders need to:

We must accelerate these transformations, while maintaining social, economic and political stability. Effective and timely actions are still possible on many, but not all fronts. Avoiding each tenth of a degree increase in global temperature improves the lives of billions of people, thousands of species and ecosystems.

Humanity can choose cooperation, wisdom, innovation, and ethics – or not. People can learn from past mistakes and create better societies. Leaders’ main challenge in the next decade may be to hold the rudder steady as society transforms on an almost impossible timescale. Our actions, or inaction, will determine whether we meet the challenges of the coming decades, and persist as civilised societies.

Our paper is open here for signature by anyone with a degree in natural, political, social, health, educational, behavioural or other science.