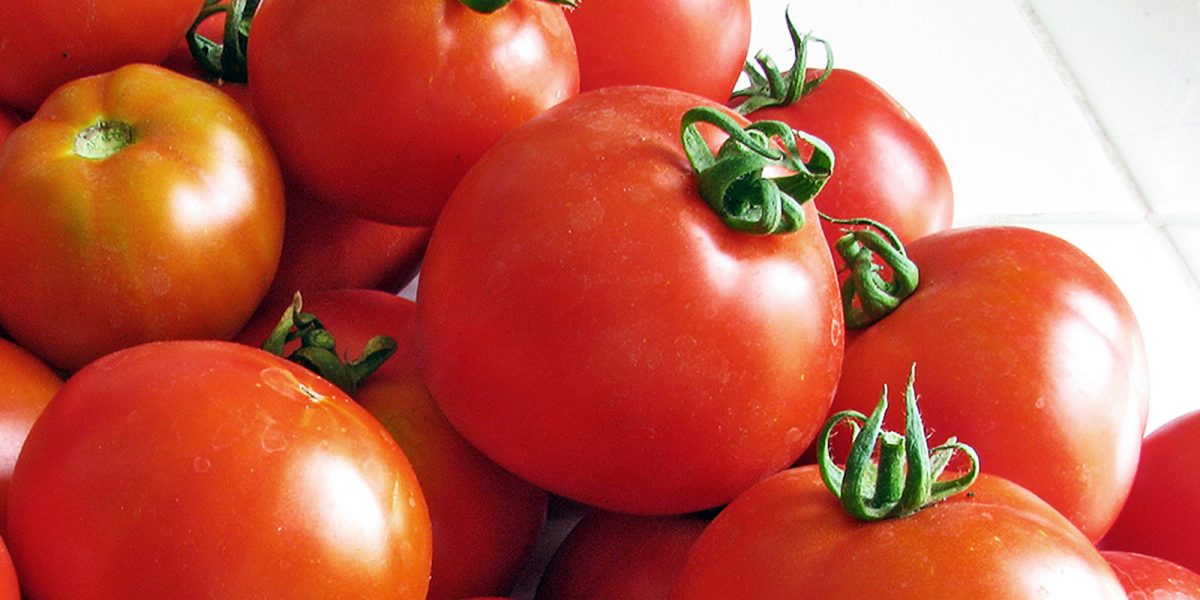 Results of the preliminary experiment, which included 10 farms across the US, show that the crops from farms following soil-friendly practices for at least five years had a healthier nutritional profile than the same crops grown on neighboring, conventional farms.

The results showed a boost in certain minerals, vitamins, and phytochemicals that benefit human health.

“We couldn’t find studies that related directly to how the health of the soil affects what gets into crops,” says lead author David Montgomery, a professor of earth and space sciences at the University of Washington. “So we did the experiment that we wished was out there.”

Montgomery designed the study during research for his upcoming book, What Your Food Ate (W.W. Norton & Company, 2022) due out in June. His spouse, Anne Biklé, is a biologist and coauthor of the study and the upcoming book.

The researchers collaborated with farmers using regenerative farming practices to conduct an experiment. All the participating farms, mostly in the Midwest and in the Eastern US, agreed to grow one acre of a test crop—peas, sorghum, corn, or soybeans—for comparison with the same crop grown on a neighboring farm using conventional agriculture.

Coauthor Ray Archuleta, a retired soil conservation scientist with the US Department of Agriculture, visited all the farms and sampled their soil in summer 2019. Farmers then sent samples of their crops in for analysis.

“The goal was to try to get some direct comparisons, where you controlled for key variables: The crop is the same, the climate is the same, the weather is the same because they’re right next to each other, the soil is the same in terms of soil type, but it’s been farmed quite differently for at least five years,” Montgomery says.

The study sites included the farm and ranch of coauthor Paul Brown. Brown had met Montgomery during his work for the book, Growing a Revolution (W.W. Norton, 2017) which toured regenerative farms in the US and overseas, including Brown’s ranch in North Dakota.

Results of the new study showed that the farms practicing regenerative agriculture had healthier soils, as measured by their organic matter, or carbon, content and by a standard test.

“What we’re seeing is that the regeneratively farmed soils had twice as much carbon in their topsoil and a threefold increase in their soil health score,” Montgomery says.

The food grown under regenerative practices contained, on average, more magnesium, calcium, potassium, and zinc; more vitamins, including B1, B12, C, E, and K; and more phytochemicals, compounds not typically tracked for food but that have been shown to reduce inflammation and boost human health.

Crops grown in the regenerative farms were also lower in elements broadly detrimental to human health, including sodium, cadmium, and nickel, compared with their conventionally grown neighbors.

“Across the board we found these regenerative practices imbue our crops with more anti-inflammatory compounds and antioxidants,” Montgomery says.

Organic farms avoid chemical pesticides but they can vary in their other farming practices, such as whether they have a diversity of crops or till the soil to control weeds. Results from a previous review study, show organic crops also generally have higher levels of beneficial phytochemicals than crops grown on conventional farms.

The researchers believe the key lies in the biology of the soil—the microbes and fungi that are part of the soil ecosystem—as these organisms directly and indirectly help boost beneficial compounds in crops.

“The biology of the soil was really the part that got overlooked in moving to chemistry-intensive farming,” Montgomery says. “It may be that one of our biggest levers for trying to combat the modern public health epidemic of chronic diseases is to rethink our diet, and not just what we eat, but how we grow it.”

The study also included cabbage grown on a no-till farm in California and a single wheat farm in northern Oregon that was comparing its own conventional and regenerative farming practices and provided both samples. The study included meat from a single producer, Brown’s Ranch; the beef and pork raised on regenerative agriculture feed was higher in omega-3 fatty acids than meat from a conventional feedlot.

“The biggest criticism I would have of this study is small sample size—that’s why the paper’s title includes the word ‘preliminary,’” Montgomery says. “I’d like to see a lot more studies start quantifying: How do differences in soil health affect the quality of crops that come from that land?”

Jazmin Jordan of Brown’s Ranch is also a coauthor of the study, which appears in PeerJ. The Dillon Family Foundation supported the work.

A Third Of Africa’s Plants ‘Under Threat Of Extinction’