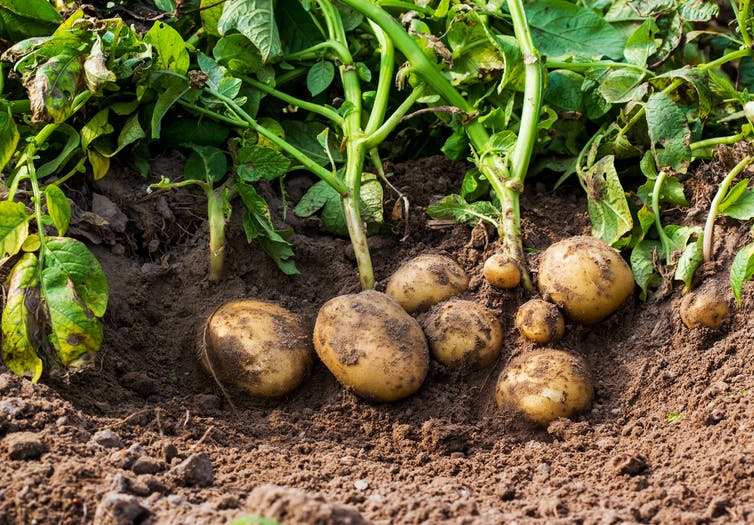 Food security is a global priority – and it is becoming more urgent in the face of climate change, which is already affecting crop productivity. One way to improve food security is to increase crop yields.

But this is not easy. Research has shown that in the past two decades plant breeders have been unable to increase yields of staple crops at the rate at which the world’s population is growing.

New technologies are needed to achieve this rate. Over the past decade several novel technologies have been developed. These are known as New Breeding Techniques and have the potential to hugely help in growing efforts.

Genome editing is one such technique. It allows the precise editing of genomes – that is, the genetic information an organism contains. Scientists worldwide have embraced the technology. And countries that adopted New Breeding Techniques early have seen a significant increase in the development of locally relevant products. Current crops under development include ones resistant to specific diseases and insect pests, that are healthier to eat or which are tolerant of drought or heat stress.

Both small, micro and medium enterprises and the public sector in these countries have been involved in developing and using genome edited crops. This should translate to improved economic growth and employment opportunities.

Whatever approach a country chooses, it must be underpinned by regulation. This ensures a framework for the introduction of new products that benefit consumers and stimulate the bio-economy in a sustainable manner.

South Africa’s authorities have taken what we think is an unfortunate approach to regulating genome-edited plants. In October 2021 the government classified genome-edited plants as genetically modified crops. This is based on its interpretation of the definition of a genetically modified organism in a 25-year-old piece of legislation rather than on recent science-based risk analysis considerations.

As experts in plant biotechnology we fear that this regulatory approach will greatly inhibit the development of improved crops for South African farmers. It will place an unnecessary regulatory burden on bio-innovators.

This will discourage local investment for in-house research and development, as well as projects in the public sector. Local entrepreneurs who aim to enhance local crops’ climate resilience or to develop speciality products for niche markets through genome editing will be thwarted by the need to raise disproportionate funding to fulfil current regulations.

Crop plants are improved by generating genetic variation that leads to beneficial traits. Plant breeders traditionally achieved this by crossing different varieties of the same plant species. These approaches alter many genes; the result is that traditionally-bred plants contain both advantageous and deleterious traits. Removing disadvantageous traits before the crop can be commercialised is a costly, time-consuming process.

In the 1980s, transgenic genetic modification technologies were developed. These rely on pieces of DNA from one species being integrated into the genome of a crop. Such genetically modified (GM) plants are highly regulated internationally. In South Africa the legislation governing these plants came into force in 1999. The use of GM technology in South Africa – and other countries – has been highly successful.

For example, it has led to South Africa doubling maize productivity, making it a net exporter of this commodity. This contributes to food security and also generates foreign income, which reduces the country’s trade deficit.

But the regulations governing GM plants are onerous: only large agricultural biotechnology companies have the resources to commercialise them. This is done to the eliminate risk that GM plants containing new DNA are harmful for health or to the environment.

Because of this, all GM plants licensed for commercial use in South Africa come from a small number of international companies. Not a single locally developed product has been commercialised during the past three decades, despite South Africa being an early adopter of the technology. This hampers the development of novel crops and the improvement of traditional crops, especially for emerging and subsistence farmers in sub-Saharan Africa.

That’s why newer tools like genome editing are so exciting. They can be used to introduce genetic variation for crop improvement in a fraction of the time it would take using conventional methods. Some forms of genome editing are transgenic in nature, while others aren’t because they don’t involve the insertion of foreign DNA into a plant.

This approach mimics the effect of traditional plant breeding, but in a highly targeted manner so that only advantageous traits are introduced. For example, genome editing is being used to produce peanuts, soybean and wheat that do not produce allergens.

It’s working well. Despite the technology only being available for a decade, some crops produced using genome editing are already on the market in some countries, including soybean and tomatoes which are healthier for human consumption.

We believe that a product-based approach makes most sense. This is because a process-based approach could lead to the strange situation where two identical plants are governed by very different regulations, just because they were produced by different methods. The added regulatory burden imposed by this approach will also hamper innovation in developing new crops.

Our approach would mean that any plant with extra DNA inserted into the genome would be governed as a GM plant. Plants with no extra DNA added and that are indistinguishable from conventionally bred organisms should be regulated like a conventionally produced crop.

This is the most rational way to regulate these different types of organisms, as it adheres to the principles of science-based risk analysis and good governance.

Many countries, among them Argentina, China, Japan, the US, Australia, Brazil and Nigeria, have taken this approach.