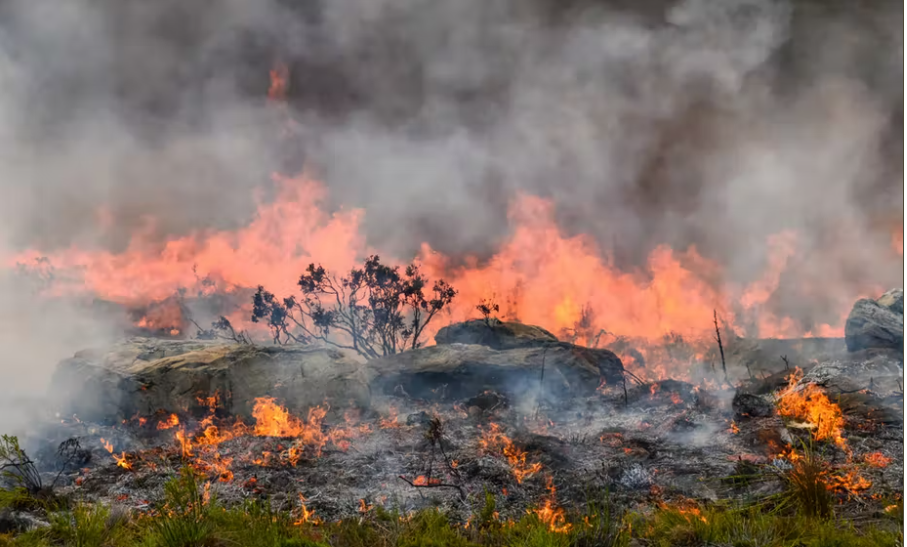 Fire can destroy infrastructure and livelihoods, and claim lives. Yet fire is inevitable and has helped to shape ecosystems over millennia.

In South Africa, fire plays a part in shaping savannas, grasslands and heathlands, or fynbos, each within their own natural cycles, creating habitats for many species and reducing the risk of runaway wildfires.

Some areas may burn as frequently as every second or third year, while others may burn only every couple of decades. Some burn at a high intensity, others much cooler. Certain systems burn in winter, for example grasslands and savannas, and others mostly during hotter conditions, such as fynbos.

But many people don’t understand these natural patterns. This often results in mistrust and fear and may lead to unhelpful and even damaging attitudes towards fire and fire management.

The media are the dominant source of information on wildfires in South Africa and beyond. They influence the views, opinions and memories of the public and policymakers and the way society understands and responds to fire.

The public’s opinion is important because the fear of negative public perceptions may act as a barrier to the planning of prescribed burns. These burns are necessary to manage the risk of catastrophic wildfires.

We used media content analysis to analyse 390 online, print and broadcast media clippings that related to fires within and surrounding South African National Parks over a two year period. By identifying the prevailing narratives and potential biases the public is exposed to through the media, we hope to promote more informed, balanced and constructive attitudes towards fire.

Scientists’ involvement in media reporting on fire leads to more nuanced and balanced messages. It can reduce fear and create appreciation of fire’s benefits. However, we found that scientists’ voices weren’t well represented in the media. This limits their influence over public opinion and policy development.

Overstating the negative effects of fire: The media seemed to lack awareness of the social and ecological benefits of fires.

They typically used words like “fighting”, “destruction”, “deadly” and “victims”, which would be apt to report on war. Yet they were talking about vegetation fires.

The public was bombarded with stories mentioning or implying the losses, destruction or threat of fires to infrastructure, human health or lives and vegetation, without mention of the benefits of fires.

We acknowledge that fires can have very negative, sometimes even fatal effects. But this almost exclusive focus on negative aspects may give rise to the second bias.

This bias may create the impression that reactive fire-fighting is the preferred, or even the only, tool for fire management. But most experienced fire managers prefer to be proactive.

With all logistics in place, proactive fire management can be conducted under environmental conditions favourable for achieving ecological and safety outcomes. But the public might not be aware and open to this if they are constantly exposed to stories about putting out fires.

Communities with a better understanding of these concepts and of the benefits of fire will be more fire-resilient. They will know that fires are inevitable where urban and wild areas meet in fire-prone biomes and require proactive management rather than reactive responses.

We found that the three biases outlined above disappeared when scientists had a voice in news reporting. Science voices reflected on both positive and negative effects of fires. They highlighted proactive fire management and included critical fire ecology concepts.

As in some other studies, the voices of scientists were poorly represented (only in 8.7% of all stories).

Our analysis shows that the stories and angles that the media typically prefer – emotive, shocking, newsworthy, graphic, heroic – result in reporting biases. We argue that these biases aren’t helpful for educating the public and nurturing appropriate attitudes towards fire and fire management.

Africa is often referred to as the fire continent – this is unlikely to change. Scientists, fire managers, journalists and the public must work together to learn to live with fire and create fire-resilient communities where the risks that fire poses are well managed. This requires improved understanding of fire behaviour specific to the landscapes where people live.

Fire must be allowed to play its natural role where possible, instead of being suppressed. Experts and skilled land managers must be given room to proactively reduce fire risk.

The inevitability and importance of fire in the continent’s fire-prone landscapes means the public must be aware of, and guard against, biases in mass media fire reporting.