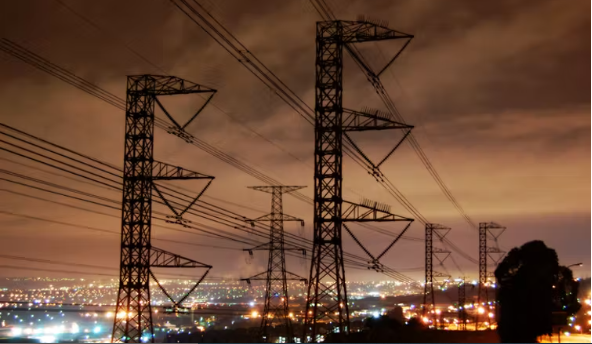 South Africa’s electricity sector has faced a series of challenges over the last two decades. It started with inadequate grid infrastructure to provide electricity to the majority of the South African population in the 1990s. In 1994, only 36% of total households were electrified; 50% of the urban population and 12% of the rural population.

Particularly in the middle of the 2000s, the national utility, Eskom, ran into liquidity and profitability problems. It received frequent government bailouts. The 2022 national budget allocated R21.9 billion (about US$1.5 billion) to Eskom.

Meanwhile Eskom’s ageing electricity generation plants have deteriorated, resulting in frequent breakdowns. Since 2007/2008, the utility has been unable to supply electricity to meet aggregate demand. It has implemented rolling power cuts. These are systematic, temporary power outages that help balance the supply and demand of electricity in the market to avoid national blackouts.

In recent years, particularly since 2008/09, the instability in the electricity supply, combined with the rising tariffs, has had a dire economic impact. It has become a barrier to income generation, economic growth and development. South African businesses have suffered significant losses. Planned power cuts are expected to reduce 2021 GDP growth by three percentage points – and cost the country 350,000 potential jobs.

Our study covered the South African economy from 1985 to 2019. We found that a rising surplus of electricity enhanced economic growth. And increasing economic growth contributed to the rise in the electricity surplus, by making resources available to increase generating capacity.

The mismatch of electricity supply and demand is conducive for growth only when supply exceeds demand. Reduced demand, for example through managed power cuts, undermines the potential for the electricity market to make a positive impact on the South African economy in the long run.

These results were not entirely what we expected.

Policy usually aims simply to expand power generation. Instead, our analysis suggests it will need to ensure that electricity demand can rise enough to facilitate economic growth while ensuring supply is always higher than this rising demand.

We used data on electricity supply and consumption, trade, fixed capital accumulation, gross domestic product and employment from a few sources. They include the World Bank, Statistics South Africa and the Council for Scientific and Industrial Research.

We analysed the data using a technique that examines long-run relationships among the variables over a selected time period.

In economics, a market is unbalanced when there is a difference between the supply of and demand for an item. In the South African electricity market, supply and demand were in a relative alignment – although not in full equilibrium – until the middle of the 1990s.

The first power shortage appeared in the second half of the 1990s. It may have been due to the mass electrification programme of 1991. Electricity access rose from below 50% in the beginning of 1990s to more than 80% in the middle of 2000s. Meanwhile the economy was in recovery after the lifting of sanctions and the coming of democracy. Households and the production sectors of the economy steeply increased demand for electricity.

In 1997, Eskom requested additional generation capacity to be able to cover the anticipated increases in demand. But capacity did not increase at the expected rate. As a result, Eskom did not meet electricity consumption from 2002 to 2008, and onward.

The electricity sector continued over the study period to be haphazard, with mismatches of demand and supply.

Overall, when there was a surplus of electricity, it enhanced economic growth in South Africa. And increasing economic growth contributed to the rise in the electricity surplus. But when demand was greater than supply, the mismatch was not conducive to economic growth. The impacts of positive and negative periods of mismatch are not the same.

A growing economy creates room for increasing electricity generating capacity. This may be through higher tax revenue, consumers’ ability to afford electricity, a better financial position for the national utility, and better credit rankings which attract investment in the energy sector. Thus, potentially, space for a more significant surplus can be created. And when electricity supply exceeds electricity consumption, it enhances economic growth because there’s less risk of power interruptions.

When the consumption of electricity rises, it must be met with a sufficiently rising supply for the market to maintain an increasing surplus. At the same time, demand must be increased at a conducive level for economic growth.

Economic and energy policymakers are responsible for increasing both demand for and supply of electricity in such a way that there is always a surplus of energy. This encourages economic growth.

The policy goal, therefore, is more complicated than only an increase in generation capacity. It also has to encourage energy efficiency, promote economic opportunities and meet environmental commitments.

Generation capacity needs to become more adaptable and flexible. A potential way to achieve this is through a more diverse supply mix, with a greater role for renewable energy sources.