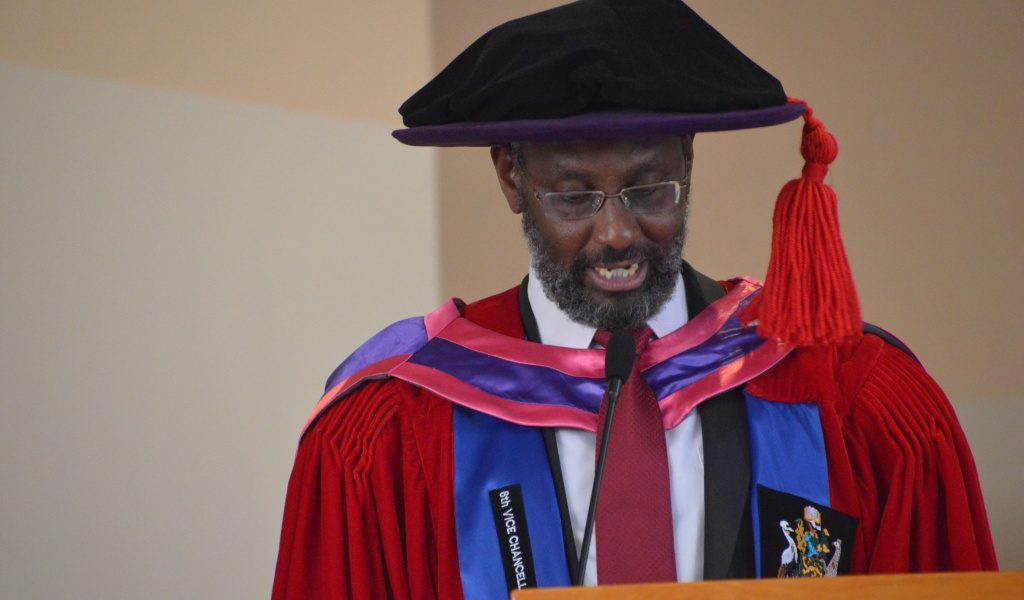 The University’s Women Economic Empowerment Hub (WEEHub) on Friday, March 11, 2022 launched a women’s business incubation project. The launch of the project couldn’t have come at a better moment than in a month when the globe is celebrating women’s social, economic, cultural, and political achievements. The launch was held at Chandaria Auditorium.

The theme of the launch was Accelerating gender equality by growing women-owned businesses for sustainability and prosperity.

Some of the key outcomes that the project aims to achieve include Increased workforce in women enterprises, Increased business owner networks, Diversification in terms of products, market, distribution channels, Increased annual turnover-sales and profit, Increased capital investment- equipment, land, machines and the increase of AGPO awareness among women .

Speaking during the launch, Dr. Parmain ole Narikae, the managing director, Kenya industrial estates who represented the Cabinet Secretary Ministry of industrialization, trade, and enterprise development Hon Betty Maina stated the importance of women in the creation of sustainable jobs in the economy. A factor he attributed to the numerous enterprises created by women every year employing hundreds of jobseekers. He also noted that the empowerment of women should not be considered as philanthropy, noting that small and medium enterprises mostly run by women have been the engine for the country’s economic growth.

“Women are inherently wired to do business,” were the sentiments of UoN’s vice-chancellor Prof Stephen Kiama who assured of the University’s continued support to WEE Hub. He further went on to state that the university is guided by the philosophy of the need to empower the Kenyan people and the globe at large through the transmission and utilization of knowledge.

In her keynote speech, Anne Mutahi, special adviser to the President on Small and Medium Enterprises, underlined that women were vital agents of development. Stating that research has shown that 40% of economic growth is lost when women are not involved in development. She cited the lack of enough finance and the lack of access to correct and enough information as major problems holding women back in business.

Finance and women’s businesses as well as the role of government in policy were some of the interesting discussions held during the launch. Some of the panelists actively involved in these discussions were Ms. Anna N.Amashinde, Mr. Anhony Kiogora and Ronald Inyangala from the treasury. Prof Bitange Ndemo also made an insightful presentation titled Innovation and use of technology in women’s businesses.

The project seeks to bring around real development which in the famous words of Desmond Tutu can only be achieved by investing in women: “if we are going to see real development in the world then our best investment is women”