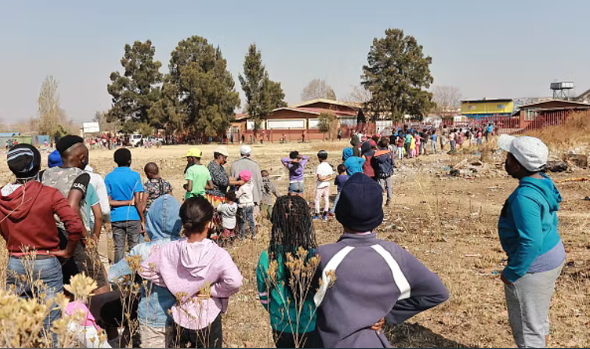 Food serves as one of the critical needs a person requires for daily survival. In South Africa it’s recognised as a fundamental human right under the country’s constitution.

Food insecurity and hunger continue to be a challenge in South Africa. Food insecure households do not have enough money to buy food and cannot make their own. In addition, the households are either unemployed, receive low income, or have high population sizes. These factors make them particularly vulnerable to economic shocks.

In the Gauteng province, the richest of South Africa’s nine provinces on economic performance, about 35% of the population is meagre food insecure. They have (at the very least) skipped a meal because there was insufficient money for food.

We conducted a study on the determinants of food insecurity from nine municipalities in the Gauteng City-Region. Our analysis used data collected in 2020/2021.

Our main findings are supported by economist and philosopher Amartya Sen’s capability theory. This accentuates that hunger and food insecurity are related to a number of factors. These include a lack of access to resources, various psycho-social capabilities and the effects of rights, freedoms, policies and social, political and economic arrangements.

The statistics indicated that most households that participated in the study and were experiencing food insecurity were concentrated in the three metropolitan municipalities of Johannesburg, Tshwane and Ekurhuleni.

The findings showed that the six factors significantly defined household’s food insecurity. Nevertheless few were statistically significant. And the signs of effects differed. Some, such as unemployment, health status, household size, had positive effects. Others, such as education, grant application, indigence rebates, income, had negative effects.

The findings also highlighted that food insecurity is more prevalent in larger households than in those with few members. And that the determining factor was education. Those with lower education levels were more likely to experience hunger and food insecurity

How have vulnerable families been able to survive?

The role of the state is crucial. This is true when it comes to the delivery of essential services as well as providing safety nets to help poor households.

Despite these steps, food insecurity remains prevalent. There are a number of reasons for this. They include:

We propose interventions that could address each of the drivers of insecurity in the Gauteng-City region.

Second, income is identified as a determinant of household food insecurity. We therefore, recommended that municipalities use innovative mechanisms to spark investments. These could include special economic zones, and effective implementation of the Department of Trade and Industry’s one-stop-shop initiative.

Third, household rebates and grants should be maintained to support households below the food poverty line.

Fourth, community leaders need to work with municipalities to plan and implement programmes. This would require urban municipalities to foster public-private partnerships in food production and supply chain systems to boost income from urban food projects.

Finally, promoting sustainable urban agriculture would help reduce food insecurity. Here a number of investments could be made. This could be in education and food production infrastructure, prioritising irrigation infrastructure, offering support for households that depend on grants, and implementing state food security policy programmes.