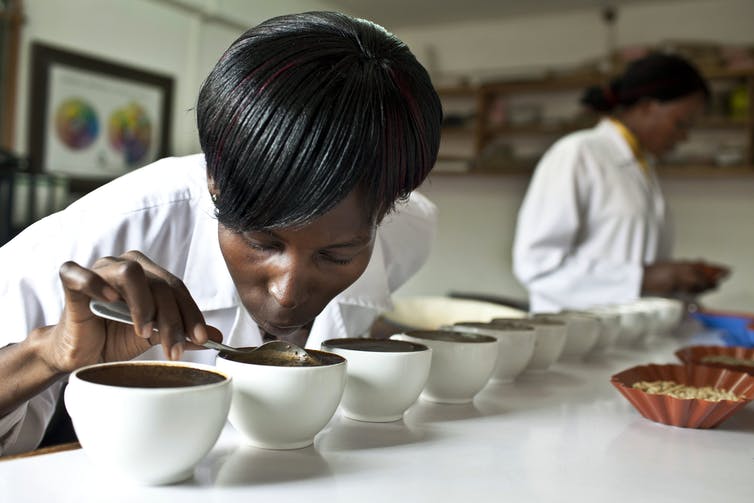 Since the 2008/2009 global financial crisis, industrial policy has been widely celebrated as having become fashionable again. Joseph Stiglitz, Justin Yifu Lin and Célestin Monga argued in 2013 that governments around the world were increasingly protecting industries to diversify their economies, heralding the rise of industrial policy globally.

There has also been a proliferation of research on industrial policy in Africa over the past decade. This ranges from comparative to single-country case studies.

One focus of the research has been on political constraints to industrial policy, placing the blame on a singular villain: government corruption. This frames politics as ‘evil’, with the policies rarely at fault. Yet, experiences of all successful late industrialisers tell us that experimentation with policies, rather than replication, resulted in better outcomes.

There remains debate whether the ‘new’ industrial policy should be market-conforming or market-defying. Market-conforming proponents argue that countries should not experiment with investing in sectors too far from their comparative advantage.

Market-defying optimists argue that the historical record shows that countries like South Korea had some success in picking winners in sectors quite far from their comparative advantage.

Four industrial policy regimes have been applied across most African countries at different points since independence.

The first was the import substitution. This refers to trade and industrial policies that encourage domestic production to reduce dependence on foreign imports.

The second is a market-led regime. Here policies ranged from currency devaluations, privatisation, trade liberalisation to financial sector liberalisation. This regime brought about a decisive shift of power from ‘spending ministries’ to ‘budgetary ministries’.

The third regime was the export-first industrial policy. This has been dominant over the past two to three decades. It has been most visible through special economic zones and the encouragement of firms in Africa to link up to high-end global markets. This linkage was most pronounced in the apparels sector.

The fourth regime was the domestically-oriented industrial policy. It has become increasingly visible over the past decade. It involves protection of domestic producers and the use of public procurement. Public procurement is used to encourage domestic consumption of locally procured goods (through Made In Campaigns).

Uganda, Rwanda and Kenya recently increased import duties on used clothes and then banned their imports. Other African countries have been using public procurement to secure domestic markets. They include South Africa, Rwanda, Uganda, Kenya, and Ghana

Outward-oriented and domestically-oriented industrial policies have been replicated in several African countries. Examples include Uganda and Rwanda. This has sometimes been done without adapting these policies to the local political constraints.

In a new paper I examine how this replication took place in Uganda. I also look at the challenges associated with failing to adapt policies to local political realities.

I was keen to understand why.

Uganda’s case shows how domestic coalitions, for example, with technical support from international finance institutions, can obstruct implementation of policies. These coalitions have obstructed both the Buy Uganda, Build Uganda strategy and the attempt to raise tariffs on used clothing.

When Uganda, Kenya and Rwanda proposed a ban (or a raise of tariffs) on imports of used clothing, the US threatened to withdraw its preferential market through the African Growth and Opportunity Act.

This shows the first of two problems that bilateral trade treaties present. The first is that they constrain the ability of a country to enact domestically-oriented and export-first policies. In addition, export first industrial policy has empowered foreign companies, which depend on preferential market access through bilateral treaties.

This has certainly been the case in Uganda.

Yet historical analysis highlights two other essential constraints. The first is whether the balance of power within ministries has shifted to budgetary ministries, prioritising limited wastage.

Yet, if experimentation is central to successful industrial policy, wastage would be inevitable.

The second constraint relates to whether there is intellectual space to think about how politics may shape possibilities rather than just be an impediment.

The pursuit of pluralist policies in Africa is being hamstrung by the dominance of neoclassical economics at universities and budgetary ministries. This means that there is little space to push against the market-led assumptions associated with the policies of multilateral financial institutions.

That’s why there has been little uptake of domestically-oriented industrial policies in Uganda. The Uganda government continues to prioritise supporting export-oriented firms. And the current domestic policy environment doesn’t allow for support for firms that produce for the domestic market.

Most former colonies were dependent on primary commodity exports after independence, leaving them vulnerable to commodity price fluctuations. But trying to reverse this has proven difficult.

This is because a reduction of commodity exports to boost domestic manufacturing may result in foreign exchange shortages. In turn, this makes it difficult to pay for imports.

Most African countries remain constrained by this challenge even today.

With many African countries facing a loss of exports and a foreign exchange crunch, they may become even more reliant on foreign finance. Within that policy space, it is still yet to be seen if there will be possibilities for industrial policy experimentation.