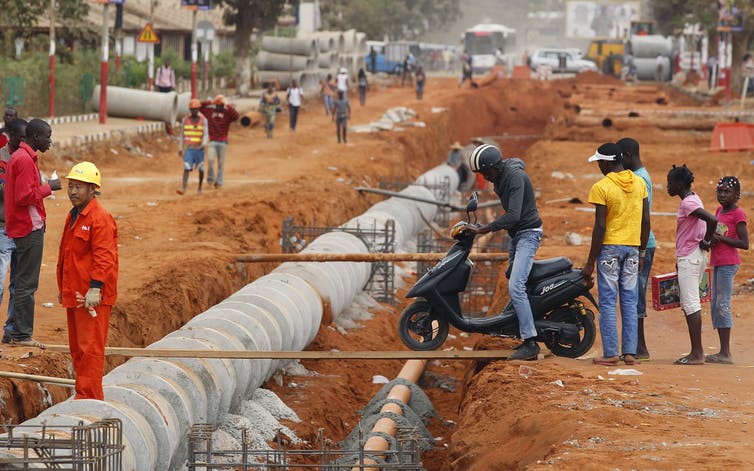 The African Development Bank reports that road access in Africa is only 34% as compared to the 50% in other developing regions. Just about 5% of agriculture in the region is under irrigation. In Asia, however, 37% of the agricultural land area is under irrigation and the figure for Latin America is estimated at 14%. And Africa’s average national electrification rate of 43% compares poorly with 81% in developing countries in Asia and 98% recorded in Latin America.

The amount of capital required to close the infrastructure gap in Africa is estimated to be in the region of US$93 billion annually until 2020.

With China stepping in and funding economic infrastructure, as well as the establishment of the BRICS Development Bank and the Asia Infrastructure Investment Bank, will the funding gap be filled? The answer is no. Africa needs to look to capital markets.

Sourcing funds for huge infrastructure development in Africa has always been fraught with difficulties. One major challenge is that the multilateral development finance institutions, which are dominated by the rich western countries, often impose stringent policy conditions to loans. It also appears that the funding required to close the infrastructure gaps is simply not available on the balance sheets of the World Bank and the African Development Bank.

Another issue is that the major lenders have historically been more active in financing social infrastructure such as health and education. Their approach to development in Africa has by and large been related to “poverty alleviation”. The critical role of economic infrastructure in spurring economic growth has not been accorded serious attention.

The truth is that the old approach of countries relying heavily on multilateral and regional development finance institutions to fund infrastructure is unworkable. It is also incapable of closing the huge financing gap. In fact, neither the old nor the new institutions have the risk appetite for the kind of investments needed. If countries continue to rely on these organisations and institutions the pace for closing the infrastructure gap will be very slow.

The point is that traditional development finance institutions are hesitant to provide resources for the huge but critical infrastructure investment required in Africa.

The emergence of the new multilateral development institutions is a welcome development. But they are in no way a panacea to current infrastructure financing challenges. The game-changing infrastructure projects that can make a dent in the infrastructure deficit and move economies to a higher growth path need to come from elsewhere. The place to start would be the time tested sources of long-term finance such as the debt market.

Yet raising debt financing in the capital market is probably one of the most potent sources of finance for rapid infrastructure development. This is because countries are able to raise funds for earmarked projects without policy conditionalities. And the cost of the funds, while relatively expensive compared with concessional loans from the World Bank and other multilateral development finance institutions, is often cheaper than loans from international banks.

Countries have to be encouraged to go to international capital markets to raise funds for projects. And these funds should not be used to finance consumption but should be channelled directly into the financing of much-needed economic infrastructure.

The railways and canals in America were largely financed with capital raised through bonds in the first half of the 19th Century. The American railways securities, as they were called, were financed from both domestic and foreign sources.

Since time immemorial huge infrastructure projects have been financed with funds from the capital market. This is because national budgets are often unable to support the required infrastructure expenditure. In other words, the balance sheets of states lack the fiscal space to accommodate the huge financial outlays required for infrastructure development. On the other hand project finance provides off-balance sheet resources that do not compromise the fiscal balance.