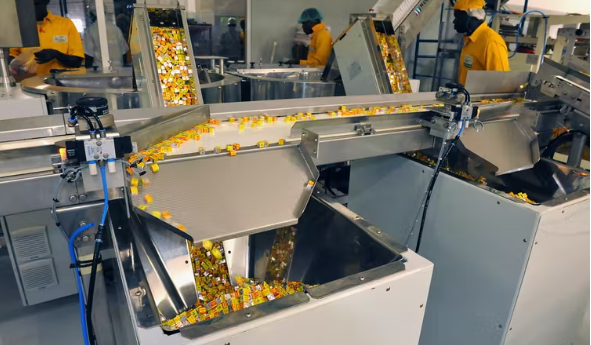 Nigeria has a strong ambition to industrialise. It has relied heavily on the restriction of imports of certain goods targeted for domestic production. But for Nigeria’s industrialisation drive to succeed, it needs a broader array of industrial policy tools than simply import restrictions.

These tools should include addressing binding constraints in different sectors to raise productivity. And addressing the flaws in the design and implementation of industrial policies.

A further complicating factor is regional integration, specifically Nigeria’s approach to it, and a lack of capacity both in Nigeria and the Economic Community of West African States to manage illegal cross-border trade.

Nigeria’s neighbour, Benin, an entrepôt economy, is a major supplier of re-exported goods to Nigeria. With close ethno-cultural affinities there is thriving informal cross-border trade between these countries. At the same time, there is a fledgling smuggling economy in Benin with links to the highest echelons of government.

In Nigeria, the survivalist informal trade is seen as organised smuggling that jeopardises the country’s industrialisation ambitions. Curbing this trade therefore is a rather pressing political issue in a country trying to boost domestic production.

As a result, the interest on the Nigerian side is in heavily regulating, and not facilitating, trade. Nigeria perceives a greater threat from smuggling through neighbouring countries, than benefits by engaging in regional trade given limited markets.

We conducted research focusing on the context of Nigerian government’s decision in 2019 to close its borders with its neighbours.

We found that it wasn’t a sudden event. Rather, that it was a continuation of policy decisions to curb smuggling, which was perceived to undermine the country’s industrialisation drive. This affects how trade facilitation is viewed, with implications for support programmes.

We looked at rice and pharmaceuticals because of their relevance to the Nigerian economy and the region. Through these two sectors, we analysed the shortcomings in Nigeria’s industrialisation policies and provided pointers for improvements.

Industrial policies have often been a response to economic crises following a fall in oil prices. Governments consequently tend to rely on import restrictions and foreign exchange controls to incentivise domestic production. Nigeria’s focus has been on the so-called backward integration policy . Under this approach imports of designated products are limited to a handful of companies through licences and quotas. Import licences are gradually phased out as these firms ramp up local production.

This policy was instituted for several sectors. One of them was rice. The measures included:

But successive governments have not paid enough attention to the whole value chain. Rice milling capacity, for example, is constrained by continued electricity disruptions as well as lack of local markets for spare parts of milling equipment. This elevates the operating cost of mills, and increased disruptions. The effect is a reduction in the competitiveness of locally produced rice.

In addition, farmers struggle with high input costs. Transport is expensive and fuel prices are high.

Nigeria’s industrial policies have focused on self-sufficiency. But other research shows that top-down policies often lack the necessary groundwork and consultation with implementing agencies to determine their feasibility.

A similar pattern can be seen in the pharmaceutical sector. Firms have received support, mainly through import restrictions. But here too not enough has been done to overcome other binding constraints. These include poor infrastructure, a lack of access to finance and a restrictive regulatory environment.

Another problem we identified in this sector was that objectives weren’t clearly defined. This made performance monitoring inefficient. In turn this resulted in policies failing to provide an environment for interactive learning through, for example, joint ventures with foreign firms. As a result, development in the sector remains limited.

Other dynamics also affect the sector. Firms generally support government policies towards self-sufficiency. But – being both producers and importers – they also continued importing finished goods to ensure an uninterrupted access to medicines from a healthcare perspective. This circular flow and arbitrage has held back the sector, although it’s been profitable for the firms involved.

Industrial policy should be about acquiring technology or tacit knowledge. But it should also be about dynamic economies of scale. That is, it is necessary to generate the demand for domestically-produced products, preferably through a form of export-orientation, and not just focus on increasing their supply. This consideration seems largely missing in Nigeria’s industrial policies.

In addition, the heavily politicised nature of policy formulation and execution means that there have been numerous policy shifts, negatively affecting continuity. In some cases, firms run campaigns to make policy reversals difficult.

Another problem is the leakage of resources through corruption and other inefficiencies. For instance, the differential import duty and levy system in the rice sector, under Goodluck Jonathan, saw significant corruption and rent seeking. Large firms were the biggest beneficiaries.

There are also a number of other inefficiencies. For instance, the Anchor Borrower Scheme, under President Muhammadu Buhari, has relatively low repayment rates on loans. The scheme was designed so serve farmers in Northern Nigeria – an important electoral constituency.

The procurement system for pharmaceuticals is also riddled with inefficiencies.

As long as industrial policies in Nigeria are introduced as a crisis response, import restrictions will continue to be the focus. Curbing smuggling is likely to remain a more pressing concern for the government, rather than trade facilitation.

In the absence of effective performance management, industrial policies are likely to be captured by interest groups without significant development of productive capacities. As our research shows, shortcomings in sector performance, rice being an example, will be blamed on rampant smuggling, without sufficient regard to production constraints in the wider value chain. Uncoordinated action and untargeted policy support, as has been the case with pharmaceuticals, will mean that firms continue to depend on import restrictions to remain competitive.

To break this cycle there is need for a multi-pronged approach that ensures the country’s industrialisation ambitions are supported along with trade facilitation given the close link between the two.

Given the different sector dynamics, a one-size fits all approach may not bring the desired benefits. Thus Nigeria needs a broader array of industrial policy tools to address the binding constraints in different sectors to raise productivity. This includes introducing the right balance between incentives (essentially targeted and time-bound learning rents) and compulsions (threat of withdrawal of support in case of non-performance), or credible commitments.

Given their political nature, the power structure within which industrial policies are introduced needs to be carefully examined to ensure optimal results. In short, industrial policies should entail strategic coordination to resolve several organisational, structural and institutional challenges. This requires a whole-of-government approach.

Regional commitments, such as trade facilitation, are implemented at the national level. For policymakers and development partners interested in trade facilitation as a tool to promote regional integration this means making sure there’s alignment with national industrialisation ambitions. Otherwise, there is a risk that previous efforts towards trade facilitation will be undone.

Apart from this, as a sector develops and matures, there is greater demand for rules based engagements, including trade facilitation. And, given Nigeria’s reservations, it is essential that interventions effectively addresses the problem of smuggling. This requires a problem-driven approach that is bottom-up and with political buy-in.

Ensuring the success of trade facilitation by generating the demand for regional cooperation also requires a sector-specific approach. In the case of rice this could include exploring opportunities for a regional value chain, and not just regional trade, through negotiated cooperation. In the case of pharmaceuticals, it would require compatibility in regulatory procedures so that domestically-produced medicines are easily traded in the region and there is quality assurance.