Why Merging Uganda’s Electricity Sector Agencies Is A Bad Idea 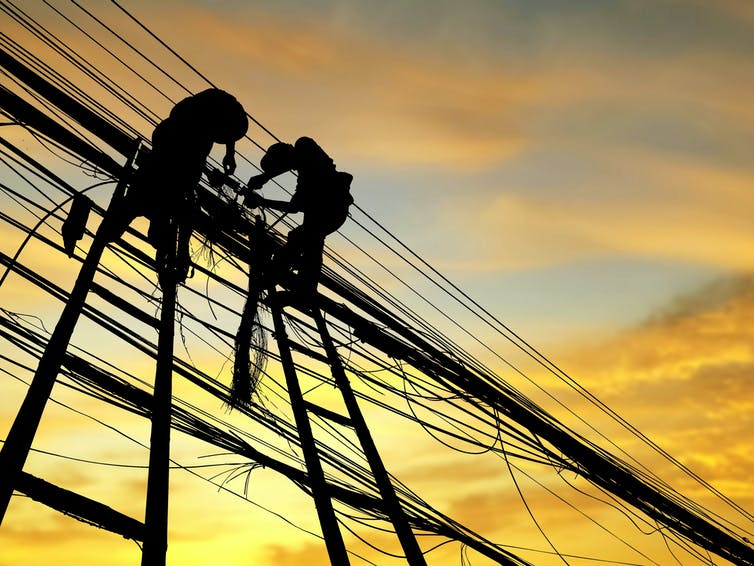 Early in 2021, the government of Uganda approved a two-year plan to streamline state-run agencies for greater efficiency. The first phase of the merger targeted 77 agencies under 18 ministries. By the time parliament put the programme on hold months later, 69 of these agencies had been merged.

Parliament stepped in because the government sidestepped the law and could face court challenges. But the programme is still on the cards once key issues are resolved. These include amendments to laws governing energy agencies and provision of financial compensation to affected parties and staff.

The push to reorganise state-owned enterprises can be traced back to a 2017 review. A resulting government report recommended “blanket” mergers across all ministries, departments and agencies. The aim was to save costs and deal with

The report gave three reasons for merging entities in the energy sector. One was to align policy and laws. Another was to focus on solar energy rather than costly hydro-power projects. The third was to look at using geothermal energy.

Uganda’s Public Service Ministry recommends merging three separate companies charged with electricity generation, transmission and distribution into one state owned company. A fourth, the Rural Electrification Agency, would be placed directly under the Ministry of Energy.

This would set the country back 20 years to the days of a single entity, the Uganda Electricity Board. Back then, the energy sector was marred by political interference in tariff-setting, investment decisions and personnel. The sector was also dogged by huge unpaid bills. Put simply, the sole utility was dysfunctional, ailing, and insolvent.

The board was broken up in 2001. The new structure sought to remove state subsidies and attract private investment. This objective has largely been achieved.

Merging electricity agencies again now will likely resurrect past inefficiencies. It will also undo gains realised since 2001. The gains include reduced risk for prospective investors in generation, transmission and distribution.

I have studied Uganda’s energy sector for the past 10 years. This included research for my recently completed PhD research under the Power Futures Lab. My research sought to understand structural, governance and regulatory incentives for improved electricity utilities in East Africa.

My view is that the merger of electricity sector agencies in Uganda should be stopped. This is because it could increase regulatory and investment risks. Instead, Uganda should focus on improving the management of state enterprises and incentives for greater efficiencies.

The case for unbundling

The rationale for separating market segments – or unbundling – is that some parts of the electricity value chain are open to competition. This is true of electricity generation. However, transmission and distribution tend to be a natural monopoly.

The retail aspect of distribution is also potentially competitive. That is, traders or sellers of electricity may compete for customers.

Separating the market segments guards against cross-subsidisation between competing and regulated businesses. It also avoids conflicts of interest, which can arise when a single utility has more than one function. For example, a transmission company that also generates power could give itself access to the grid ahead of competing producers.

Unbundling also allows for greater competition as new players are allowed into the market. It can improve efficiency, innovation and management of risks. When companies compete for consumers, there is pressure to keep costs low and improve service quality.

Evidence also shows that managers in integrated state-owned enterprises might focus on what politicians want, rather than on company efficiency. Unbundling therefore helps to limit political influence.

New opportunities in the energy sector are underpinned by low-cost renewables and rapid technological innovation. To develop the sector, Uganda needs both public and private sector capital. Combining agencies could put investors off from financing infrastructure expansion.

An analysis of current data from Uganda’s electricity distribution company – against general reports from the previous era – reveals that Uganda’s power sector is in much better shape than before. There is a significant increase in generation capacity, the number of power producers, financial viability, consumer connections and relative reliability.

Structural and governance reforms provided space for market-oriented ownership, management, regulation and incentives. This helped to improve the adequacy, efficiency and financial sustainability of supply. A recent World Bank study identified Uganda’s electricity sector as one of only two in Africa – along with Seychelles – with financially viable distribution utilities. This is key in attracting investors.

Progress in electricity access, reliability and affordability is disappointing, though. This can be explained by the poor state of infrastructure of the 1980s and 1990s due to civil wars. Added to this are policy trade-offs made in the 2000s to attract investment in generation expansion and achieve financial viability.

Uganda has subsequently been able to attract the second highest number of independent power producers (38) in sub-Saharan Africa. It is also on a stable path to ensuring energy security, with current installed capacity of 1,237MW and peak demand of 724MW.

This is partly because of increased transparency, competition and financial viability – which encouraged independent power producers such as the 250MW Bujjagali and over 16 renewable power projects.

Gaps remain in electrification rates and supply reliability. But these are issues that require targeted policy solutions and incentives rather than structural rebuilding. Access to electricity is a social objective that requires a social policy. It can only be funded using a blend of public subsidies and innovative private funding.

The global power sector is experiencing a new wave of reforms. Innovations in disruptive technology and business models are making it possible to offer clean, low-cost energy. At such a time, merging or re-bundling energy agencies would be disastrous. It would dissuade private investment in the sector, the backbone of an economy aspiring to reach lower middle-income status.