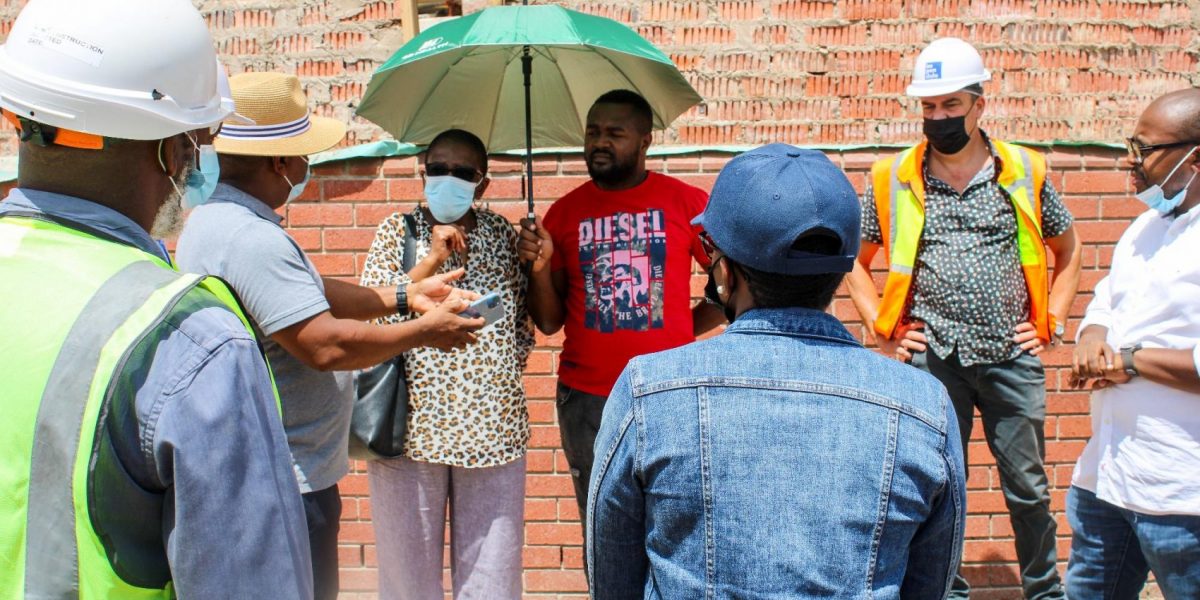 This faculty consolidation project comes as part of the vision 2030 which aims at creating an enabling and conducive learning environment for learners in order to pursue academic excellence.
“The renovation of classes is important because of the criticism labelled against universities such as ours, the criticism is a fact that our infrastructure is really bad and therefore we fail to create an enabling environment for our students to thrive,” said Songca.
She further added that these buildings give impetus to the vision 2030 and that the university has promised students and stakeholders that business is going to be done in a certain way.
The project is expected to run over a period of 12 months with the parts of the building handed over in phases for the renovations.
Operations and ICT, Executive Director, Sinethemba Mpambane, said, “The reason for the building to be handed over in phases is to allow some students to be able to access the building for learning while others continue with online learning until the project is finished.”
The lecture halls are not the only building being worked on to improve the university infrastructure in the Zamukulungisa site. The university is also building an IT hub which is an extension to the library.
“In terms of the vision we have said that we are a technology-infused African university and therefore when you see an IT hub, you get excited because it means we are one step closer to realising the vision,” said Songca.
She further explained that sometimes it is said that part of the reason that the students at times are so angry is because they feel that the university is not taking them seriously as human beings and therefore somehow their dignity is impaired, but when spaces like these ones are created, then the university addresses that aspect of the problem.
“One of the things we need to do therefore as managers is to inculcate a culture among our students to take care of these buildings and these classes and defend them and not for them to destroy them,” concluded Songca.
As of the 24 February 2022, the contractor has started working on the project and is expected to hand back over the building to the university by February next year.
Read the original article here.

Smarketing: Putting Your Money Where Your Nose Is