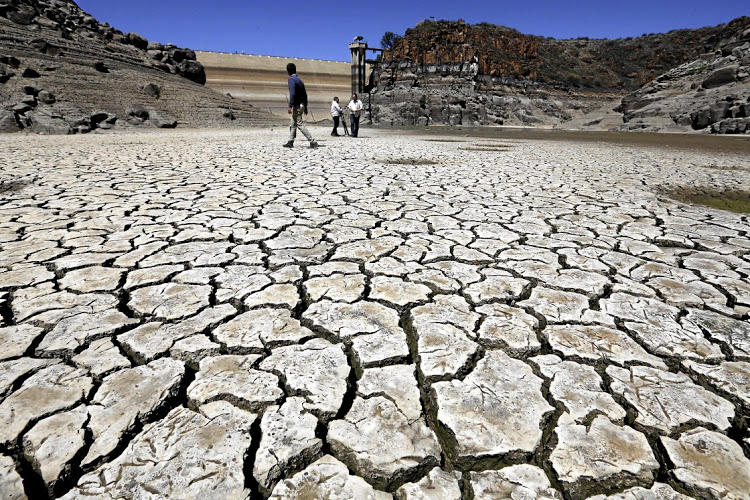 Day zero, the fateful point when businesses have to shut up shop and send workers home as they don’t have enough water to run their operations. It is the nightmare scenario that Cape Town managed to avoid earlier this year but at quite some cost to businesses as well as residents. With population growth trends and environmental predictions what they are it is not something that the city, or indeed the country, has escaped from indefinitely.

South Africa is not blessed with an abundant water supply. The Southern Africa region is the second in the world to be con­fronted by a debilitating water deficit (the first was the Middle East and North Africa), according to the World Wildlife Fund, and South Africa is the most water scarce country in the region.

Cape Town’s drought over the last three years was the perfect example of what could become an ever-increasing problem for South Africa. The country already uses 98% of its water supplies and climate change predictions are that rainfall will become less frequent. At the same time, farmers will have to double their use of water by 2050 if they are to meet growing food demands using current farming practices. To avoid a crisis, water supply needs to be enhanced and water use efficiency increased.

“South Africa has no surplus water and all future development will be constrained by this fact,” said the WWF in its Agriculture: Facts & Trends South Africa report.

Farming will, of course, be the industry hardest hit and it may well have to switch its focus away from growing water-intensive crops such as citrus and fruit, which are significant export crops and account for 40% of export revenue. Instead, it would have to concentrate on high yielding water-efficient crops such as maize, which produces approximately 15kg of grain for each mm of water consumed. Though currently half of the country’s maize is used for animal feed, 70% of which is for chickens.

Yet, as demonstrated by Cape Town, the burden will not lie solely with the agriculture sector and all industries will have to be more efficient in water usage. The drought there highlighted not only the crucial role of water across all sectors but also its financial cost as commercial and industrial water tariffs soared by almost 4 times in a year.

Cape Town’s increase in water tariffs over 2018 were the most in the world, a 390% increase from their benchmark price for water and wastewater services. Just for comparison, the city with the second-largest increase was Manama in Bahrain, which saw a 90% rise in tariffs.

It shows just how quickly in a situation with limited water a company’s usage can begin to have a serious impact on its bottom line and therefore how significant water efficiency can be to ensure they are not substantially financially affected by strained water condition.

Yet, the measures brought in to avert the crisis in Cape Town were tremendously successful with peak water usage in the city cut by 54% and the feared day zero never arriving. The city’s efforts were recognised by the International Water Association for being the first in the world to reduce total water consumption by 50% in just three years. Melbourne had previously achieved the same result but over 12 years.

The drought, and the subsequent vast increase in water tariffs, affected every business in the Cape Town area. A survey of 700 companies at the start of the year found 80% viewed the water crisis as a threat to their business. Whereas in October 2017 only 51% of those surveyed did. In the intervening water tariffs further with those using up to 50,000 litres seeing their bill rise from R2,888.81 to R20,619.57. Demonstrating that when hit in the pocket businesses react.

Many businesses responded by installing their own desalination plants and grey-water systems to avoid increased water costs and secure their own constant supply.

Other businesses though such as brewery AB InBev, which is the biggest water user in the province of Western Cape, has recognised the need to completely redress its water use. The company’s Newlands Brewery in Cape Town has reduced its water usage to 2.74l per litre of beer, compared with 3.52l per litre in 2012.

The company has now taken water stewardship as one of its four key principles of its 2025 sustainability goals, along with smart agriculture, circular packaging and climate action, recognising how customers now expect businesses to operate.

Following the success of its Cape Town plant’s water reduction, AB InBev now aim to have all its plant reduce their water use to 2.8l per litre of beer by 2025. In addition in Cape Town and Tshwane the company is looking for new ways to conserve and augment water supplies.

“Ultimately we believe that it’s only when we address water risk issues at source, in collaboration with partners, that we can achieve lasting, sustainable, solutions to water resource management,” said Zoleka Lisa, AB InBev’s Procurement Director of Capabilities and Sustainability.

Consultancy firm Rieger Industrial Consultants (RIC) is another that is well aware of the vital cost-saving that businesses can make through addressing issues like high water usage, as well as other inefficiencies, in their processes and is working to rectify the problem.

One client where RIC have managed to have a significant impact in water reduction is food and drink company Famous Brands. RIC were able to go into one of their manufacturing plants and through no additional cost, just efficiency savings, reduce the amount of water the plant used by 50%, whilst still producing the exact same amount output with the same quality.

“I would think almost everyone in the beverage industry could benefit from our kind of efficiency savings,” said Ido Rieger, CEO at RIC.

Though it is not just water that RIC focus on they have also had success cutting change over times at a Coca-Cola plant as well, reducing the time taken from 60 minutes to 30 minutes. As this is a changeover that occurs four times a day RIC was able to add two hours or production to this plant’s day at no extra cost.

Rieger believes that services such as RIC are often mistakenly overlooked by companies who look to spent significant money on consultants who look to change the broader direction and strategy but do little to affect cost and efficiency saving.

In a world now demanding cleaner, greener and more efficient products it is an oversight that many can no longer afford.

Certainly given the example of Cape Town and actions taken by AB Inbev demonstrate that inefficient water usage is something all industry leaders must take action to eradicate both for the environment and the profitability of their operations.