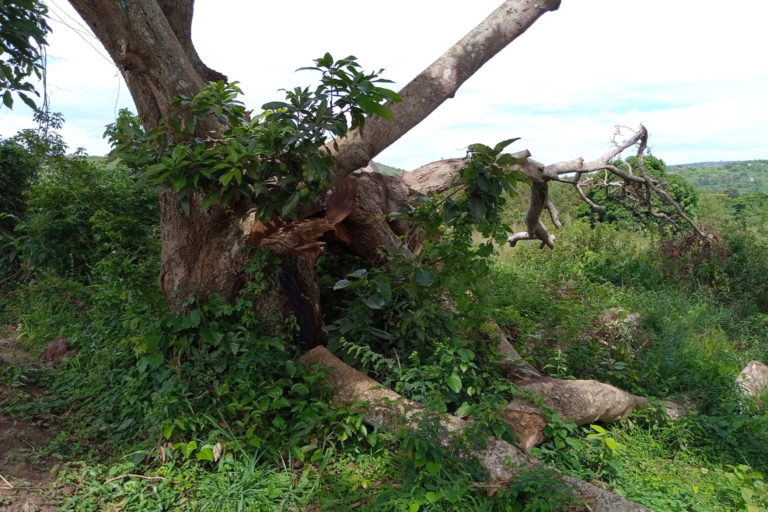 A mango tree with its branches cut away for charcoal production in Kibaale. Image by Alex Tumuhimbise. 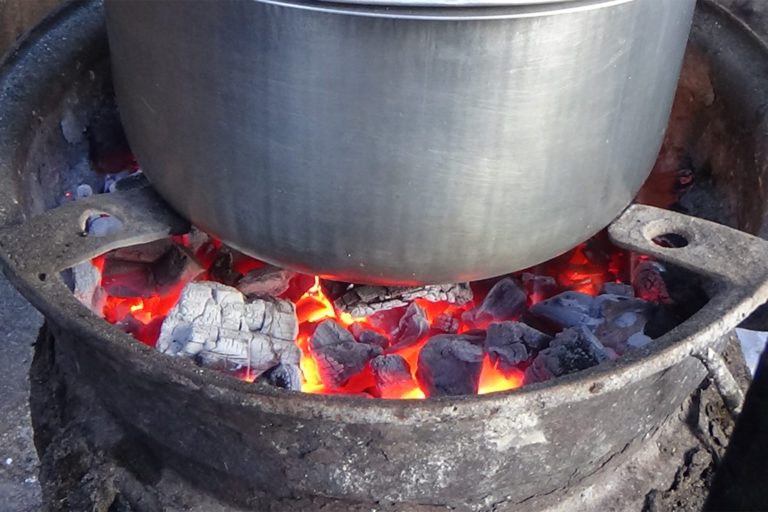 A locally made charcoal stove. Charcoal is a commonly used source of energy for cooking in both rural and urban areas, but it is highly polluting. Image by Alex Tumuhimbise. 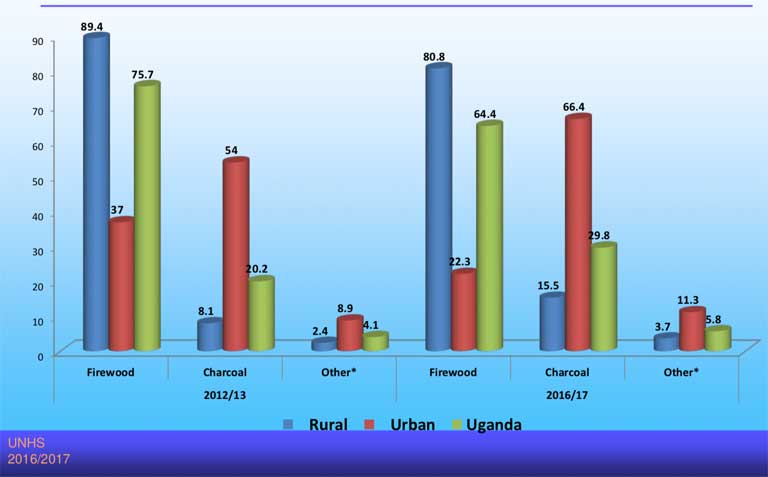 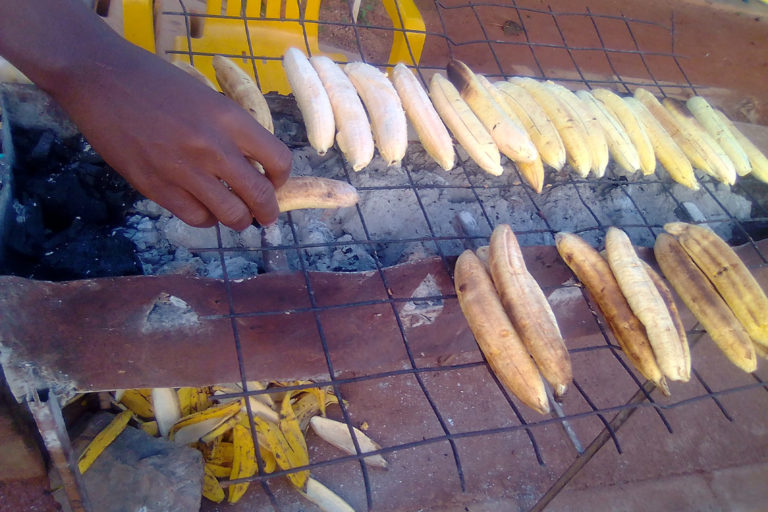 A food vendor roasts plantains with a charcoal stove. In Uganda, and across Sub-Sharan Africa, there are many such small-scale vendors who cook with charcoal. Image by Alex Tumuhimbise. 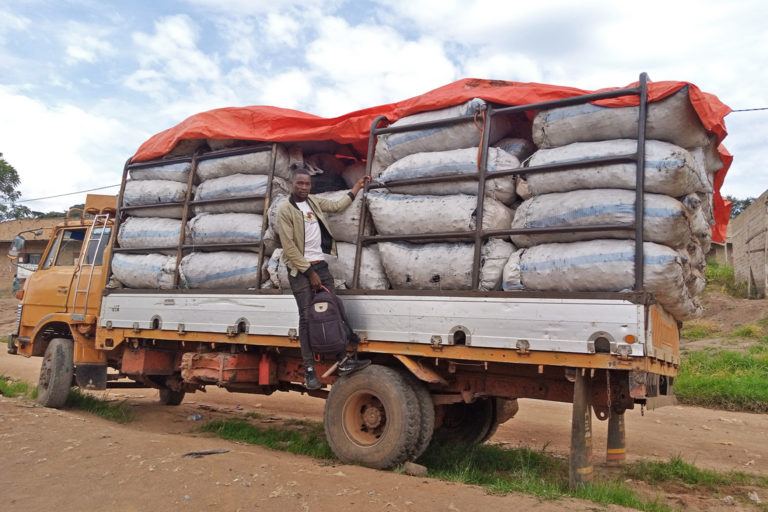 A young man on a truck loaded with charcoal in Nkoko sub-county, Kakumiro district western Uganda. Small-scale and large-scale charcoal dealers often travel across several districts in order to collect charcoal for sale in urban areas. Image by Alex Tumuhimbise. 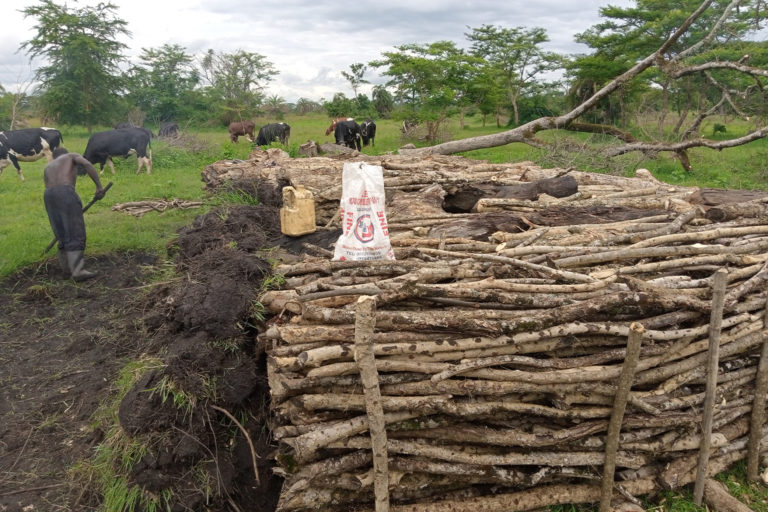 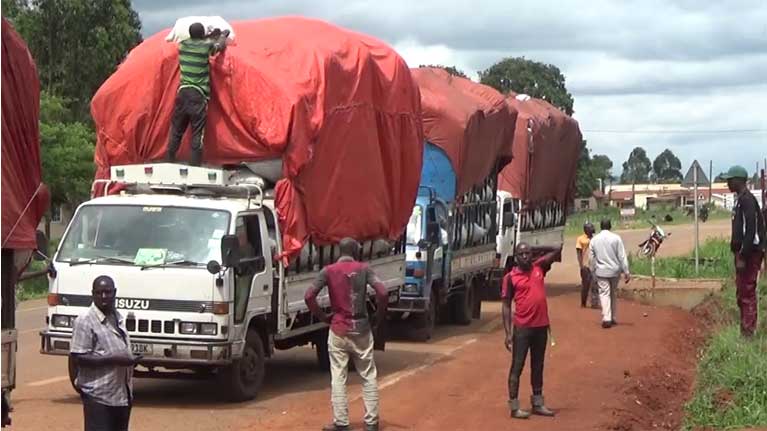 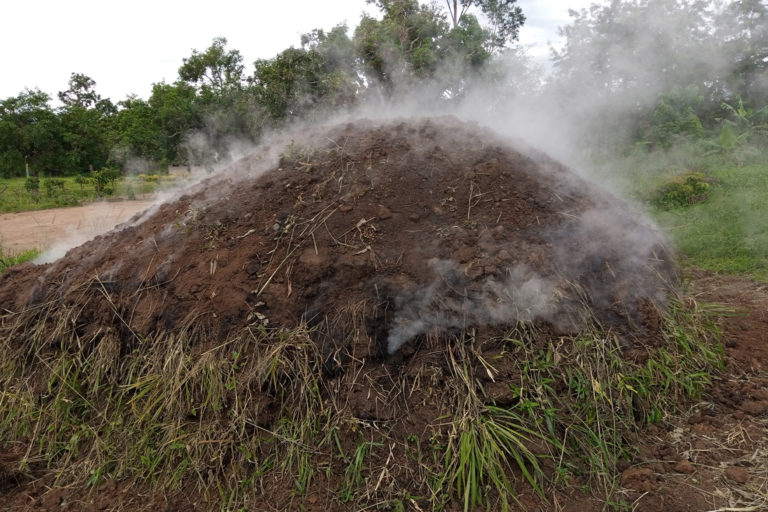 Tree logs are piled and covered with soil to create a kiln, then a very slow-burning fire is set inside the mound to make charcoal. This traditional charcoal making technique is used in many locations around the world. Image by Alex Tumuhimbise. 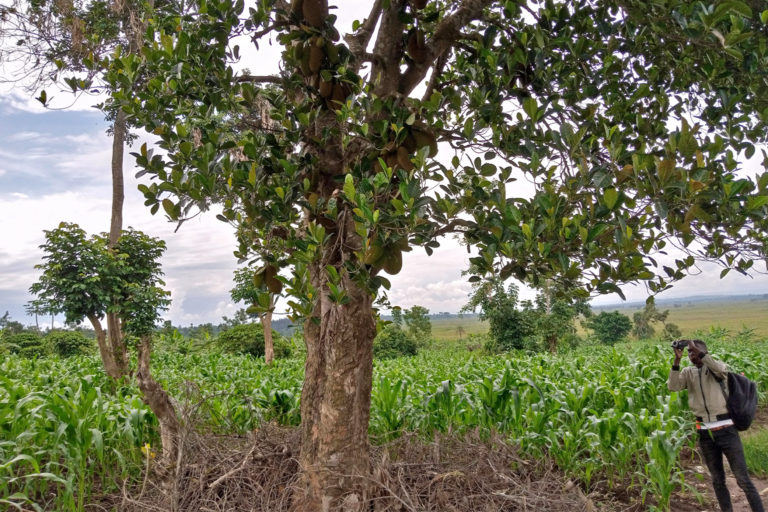 A jackfruit tree. The recent assault on fruit trees to make charcoal is particularly serious, as it puts Ugandan food security and rural food production livelihoods at risk. Image by Alex Tumuhimbise. 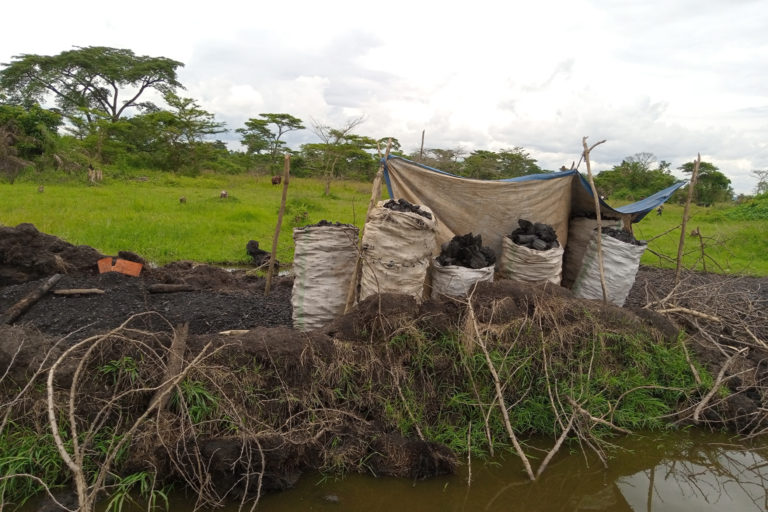 A charcoal production site near a wetland in Kyankwanzi district. Image by Alex Tumuhimbise. 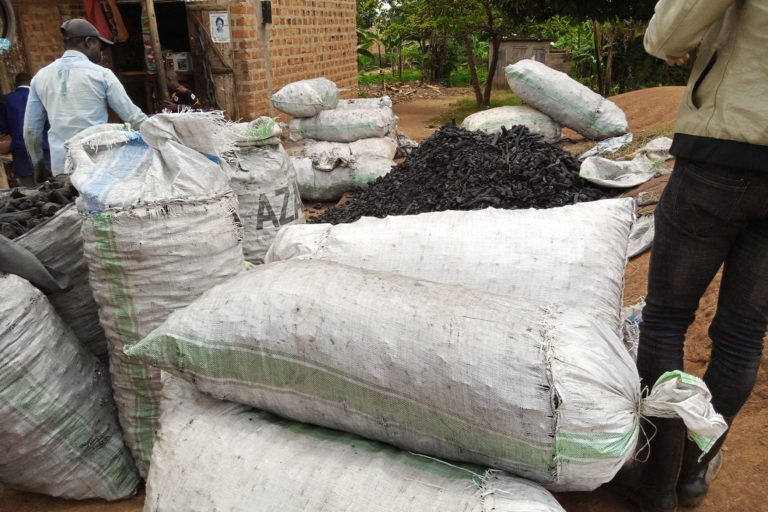