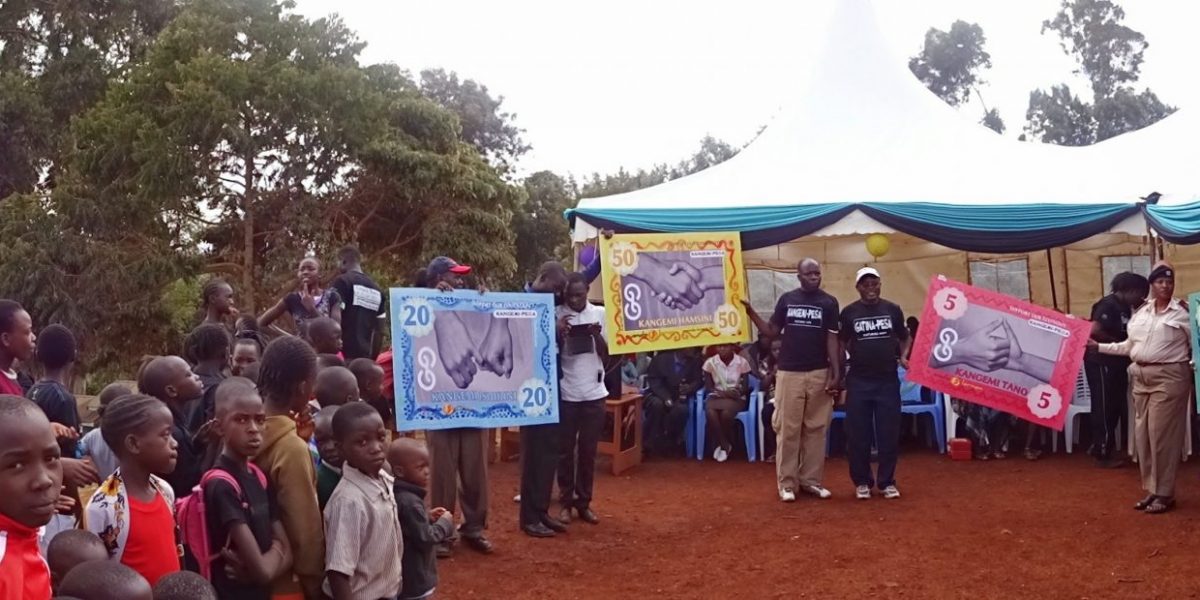 “There is a segment of the population that is often ignored and yet is productive and constantly developing trade networks around their own communities.

We have tapped into this population segment. Over $3million dollars was traded using Sarafu in the last year.”

Please could you introduce your project. Why is it important and what problems does it solve? Is there anything about your work that people find surprising when you tell them about it?

Grassroots Economics creates Community Inclusion Currencies (CICs). We enable communities to create a token-based on their future production of goods and services. These tokens are tradeable and are a movable credit that allows businesses to continue trading even when there is a lack of Kenyan currency. The intervention requires a level of trust and as such is often easier to launch by Chamas (community mutual savings groups). Chama members can then trade internally with each other for essential goods and services while saving their scarce resources.

The digital currency serves as a credit line to beneficiaries (in their goods and services) that have often been ignored by lending institutions and serves as a cushion to them when the national currency is not available.

Anyone can try the system and register to get Sarafu tokens (a general-purpose CIC) upon dialing *384*96#. They can come together with others in their location who also use the digital currency and are then also eligible to create their own CIC.

How was the project funded and launched? How is the project sustained and what is the financial outlook for its future?

Grassroots Economics Foundation is a non-profit foundation and is grant funded by a variety of implementing partners. Our ongoing project partners include RedCross, UNICEF, WFP, GIZ, Mustardseed Foundation.

What is the impact the project has on your local community or your country at a societal level?

So far, we have over 56,274 beneficiaries who are using the community currency for a variety of essential and non-essential goods and services. Our intervention works on the blockchain and as such we have visibility on the type and volume of transactions.

We are providing vulnerable communities with a sustainable tool to increase economic growth and improve their livelihoods by themselves at their own pace. The community currencies have impacted both rural and urban communities nationwide by providing them with a line of credit that is redeemed by their community.

Not only does this foster community trust but it also builds resilience from economic shocks such as the pandemic.

What is the economic impact of the project?

There is a segment of the population that is often ignored and yet is productive and constantly developing trade networks around their communities. We at Grassroots have finally tapped into this population segment and have found that over $3million was traded using Sarafu in the last year.

What impact does the project have on the local ecosystem or at a national or global environmental level?

We at Grassroots Economics have been implementing a regenerative agriculture system known as syntropic agroforestry. A methodology that calls for the least amount of human intervention and the least amount of unnatural additives. We instead teach beneficiaries to use organic matter such as compost, mulch, grasses and biomass in the system.

This enriches the soil and constantly regenerates the minerals and nutrients needed. Additionally, the system calls for a tree line to be incorporated on-site, although constantly pruned, provides much-needed shade to the system to grow sensitive vegetables below it. It additionally adds carbon sequestration to the system.

When speaking to an international audience, what is the main message you wish to communicate about your future?